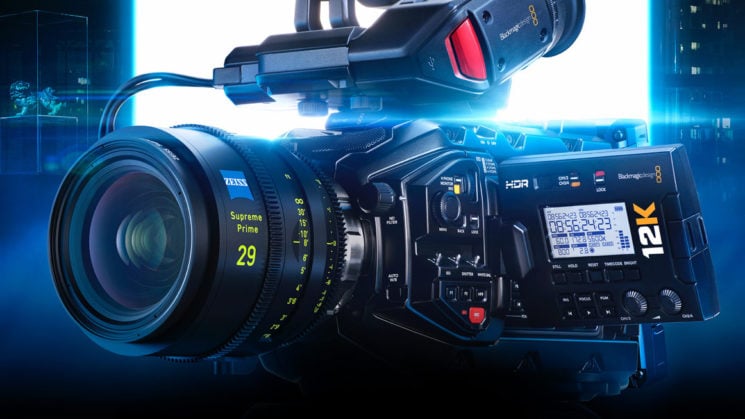 But you know what’s even more insane? The URSA Mini Pro 12K costs less than $10K. Just. It’s $9,995. But technically that is less than $10K. If you didn’t catch the event while it was live, here’s the stream archive (scrub ahead to 30 mins if it doesn’t start there automatically)…

I’m still trying to wrap my head around all of the tech inside the new camera, but essentially it uses a custom Blackmagic-designed Super 35mm sensor to overcome some of the limitations available with commercially available Bayer filter array sensors. But the short version, they say, is that it lets you shoot 12K, 8K and 4K in Blackmagic RAW using the entire sensor without any pixel binning or aliasing. Yeah, I know how crazy that sounds. 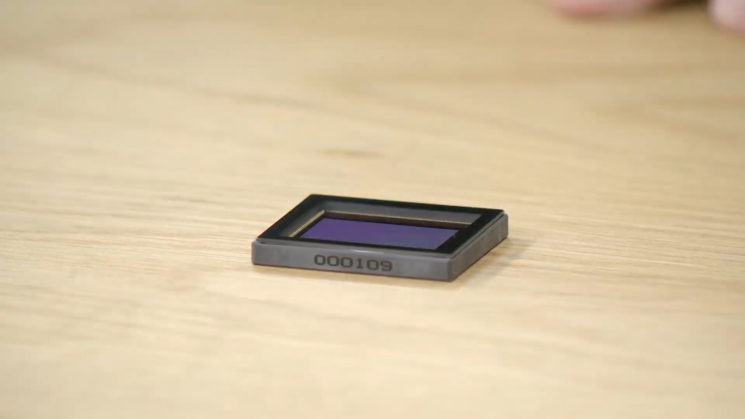 When it comes to the actual frame rates… Oh boy. Wait for it… 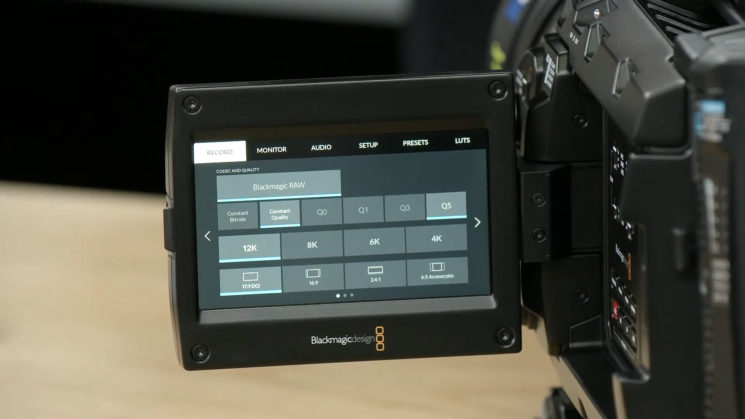 So what exactly does 12K look like in relation to 8K, 6K and 4K UHD? Well, the difference is pretty staggering. 12K video equates to an insane 80-megapixel… at 60 frames per second (I KNOW!). And when you compare the size of the footage, it looks a little something like this… 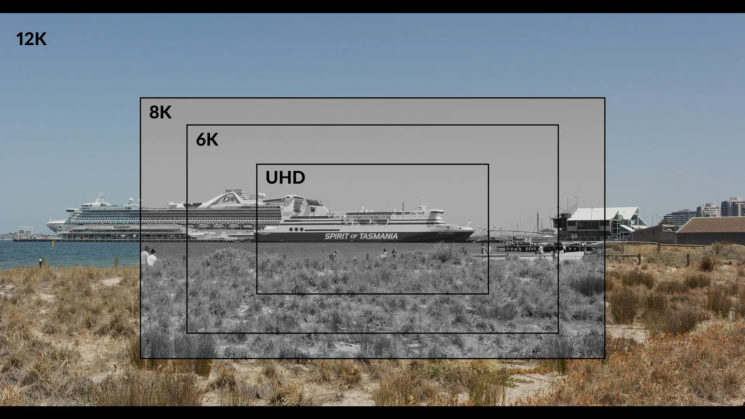 But Why 12K? I mean, that’s a ridiculously high resolution. It’s 80-megapixels. That’s higher than even most stills cameras can shoot. No DSLR or mirrorless camera on the market today shoots that high, and this does it at up to 60 frames per second.

Well, the answer is quite simple. Hollywood’s moving to shooting everything on 8K. And just as 6K footage scaled down to 4K gives much better results than simply shooting 4K, scaling 12K footage down to 8K gives sharper results than just shooting 8K, too. This is something that has been discussed on here before. And even before you scale down, you get a lot of latitude for cropping and reframing or digitally stabilising in post without having black spots or covering them up with tricks like mirroring edges. 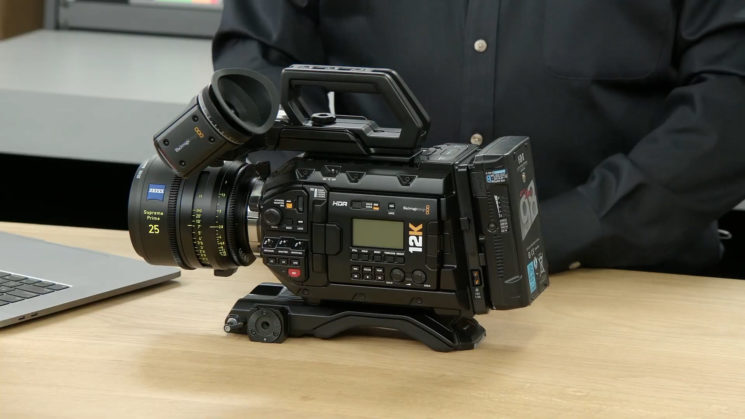 Size-wise, the URSA Mini Pro 12K is built into the regular URSA Mini body with a PL mount by default, although this is interchangeable if you want to use Canon EF mount. IT has 14 stops of dynamic range, Dual CFast (no CFexpress?!?!) and UHS-II SD card slots (4 slots total) as well as Type-C USB for recording straight to an external SSD. And that USB socket is on the back of the camera now, helping to keep those cables out of the way. 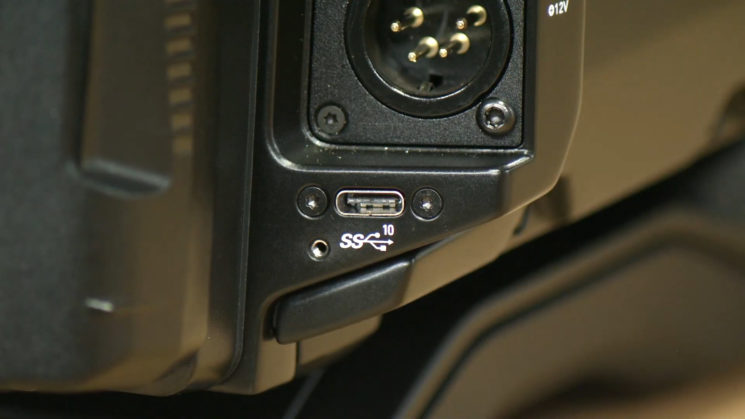 Blackmagic clearly wants to challenge the likes of RED and Arri with this camera, forcing its way into the higher end market, but at a much lower price point. As such, Blackmagic has said that they’ll be shipping the cameras out to high-end DPs first to be able to get some feedback on how they’re being used in real productions and that’ll happen in the next couple of weeks.

As to how soon the rest of us mere mortals could get them is anybody’s guess, but we’ll let you know as soon as we find out! 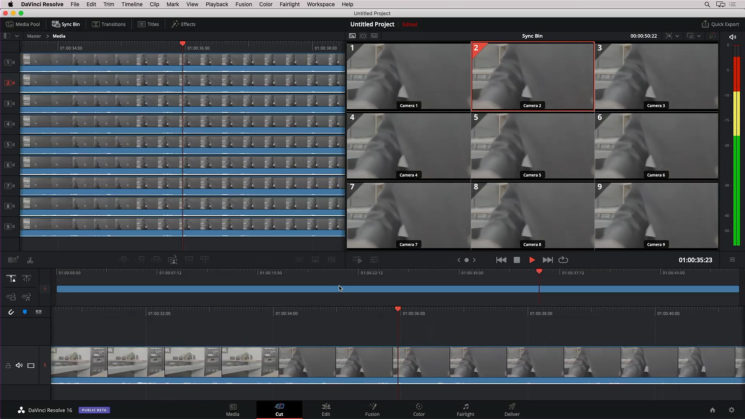 And if you thought 4K BRAW was efficient, you’ve seen nothing yet. An update to Blackmagic RAW has also been made available which allows you to edit this 12K BRAW footage on your average laptop, and in the presentation above, a 9 camera 12K multi-cam simulation was created and shown to be playing back in real-time from 9 separate file streams.

This update also comes with Blackmagic Generation 5 Color Science, which features a new film curve that’s designed to get the most out of the amount of colour data collected by the URSA Mini Pro 12K sensor, although it’s compatible with all previously shot BRAW files, too, including everything you’ve shot with the Pocket 4K, Pocket 6K, URSA Mini Pro, Video Assist 12G or anything else that shoots BRAW.

Blackmagic has put a few 12K sample clips on their website for folks to download and check out, and there will be a new beta of DaVinci Resolve with 12K support to facilitate that coming very soon (by the end of today, most likely). They say there will be regular updates in the coming weeks to get things finalised and out as soon as possible.

It’s ridiculous, it’s amazing, it’s $9,995 and it’s on Blackmagic’s website if you want to find out more about it. There’s been no official release date yet, except that they’ll be shipping out to “high-end DPs” first. No word was given on how soon the rest of us might be able to get our hands on one, although it is available to pre-order now for $9,995.

So much for the “Pocket 6K Pro” that some believed would be announced today.

« The Mitakon Speedmaster 50mm f/0.95 lens has now come to DSLRs with a new EF mount version
Luminar 4.3 now available: faster than ever, with photo search and 500px integration »