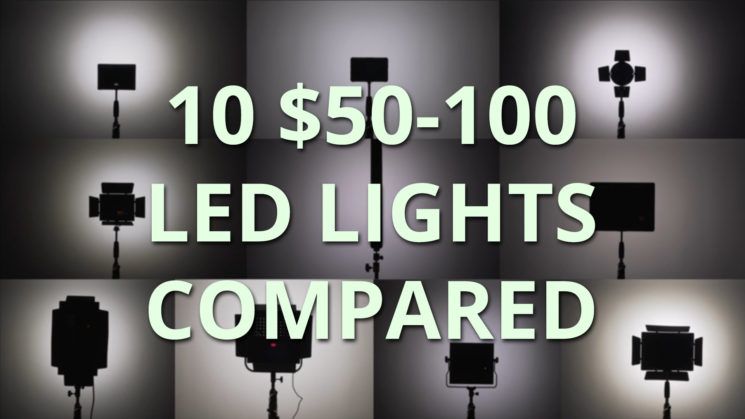 Not too long ago, we saw a comparison of 7 popular LED lights for under $50. We all like ultra cheap, but sometimes you need to stretch the budget just a little bit more. Jumping up to the next level gives a rather substantial increase in both power and versatility.

In this video, Caleb Pike of DSLR Video Shooter compares 10 popular LED lights ranging between $50-100. So, if you’ve been thinking about skipping the ultra low budget and investing a little bit more into your continuous lighting setup, have a watch. A couple of the results are rather surprising.

The first thing you might notice is that the Neewer 480 actually falls outside of the $50-100 price limit. After doing a little digging, it seems the price on these has just gone up slightly.

Caleb gets a little more critical with this comparison, as there’s a little bit more money at stake. Athough, in some cases, not much more money. The Neewer CN-304, for example, is at the lower end of this price bracket. It’s essentially a 304 LED version of the Neewer CN-160 and CN-216 models. The CN-216 was the most powerful of the sub-$50 bracket. Despite being the least expensive light in this comparison, it was the 3rd most powerful.

The Aputure H198 comes with Aputure’s typical CRI or 95, so it has very accurate colour rendition. What’s rather cool about this light is that it features cold shoe mounts on all four sides. This means that you can gang several of them together to form a larger single light, or you can mount other devices to them, such as microphones if they’re close to your subjects. The protective cover on the front is also a nice touch. Although I do wonder how easily it can be scratched, and what effect that may have on the light it puts out.

The Yongnuo YN-216 spot light is also quite interesting. It’s fairly unique by comparison to the others here, in that it’s a round light shape, rather than the usual square or rectangle. It also features built in barn doors to help control and flag the light. Of course, the inside of those barn doors is silver, so light will potentially bounce and leak in unwanted directions. 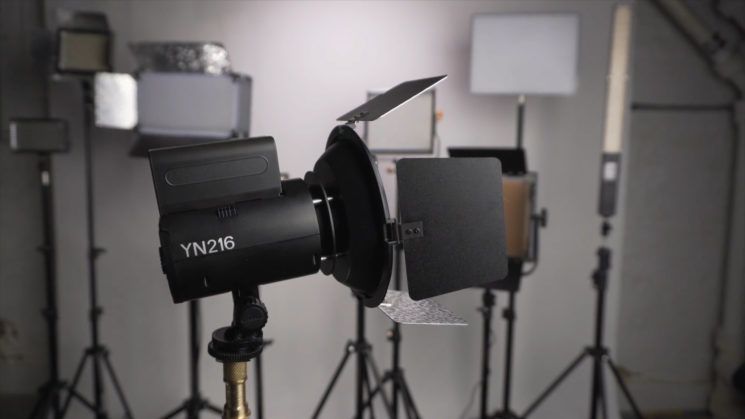 Other lights offer features such as remote control – some with a dedicated remote, and some via bluetooth – variable colour temperature and built in diffusers. Another somewhat unique offering, though, also by Yongnuo is the YN-360 Handheld RGB light. 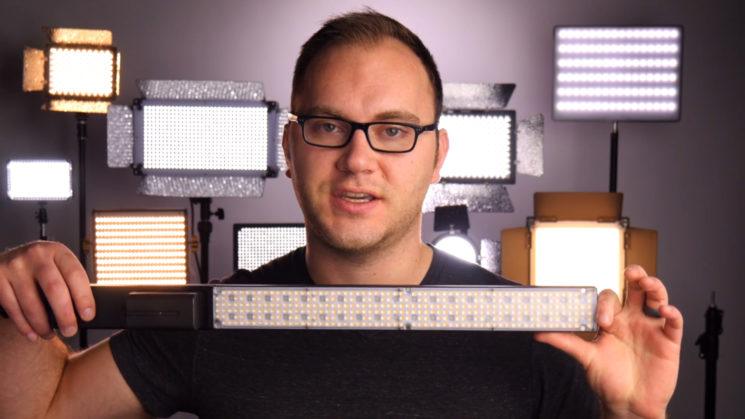 This is a bit more of a speciality light, offering the full range of RGB colours. But, I get the impression that this light is designed more for light painting with photography than it is for video. What’s odd, though, given that it can simulate a tungsten white balance natively, is that it also comes with a tungsten diffusion gel to go over the LEDs. It seems kind of redundant.

The winner, when it came to power, is the Yongnuo YN-600. This one costs exactly $100. You’ll want to be careful which one you get, though. There’s several different versions. One is daylight only. One offers variable colour temperature, both daylight and tungsten, but at the cost of a lot of power. The daylight version, though, does have a lot of power.

Like many other Yongnuo LED lights, it has barn doors. And like the YN-216 spot mentioned earlier, they’re silver lined on the inside. With a light this large, leaked bounce light can become an issue. So, they’re more likely to be useful for attaching diffusion on the front to help spread the light a little more, than for flagging. 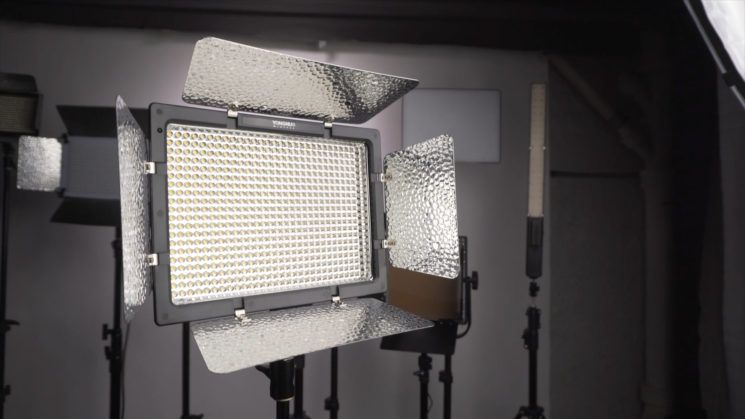 Ultimately, Caleb says they’re all pretty good. The main differences between them will really depend on your needs and what you want to use them for. If you’re only ever working in the studio, the lack of battery on some models won’t be a problem. If you only need a rim light, the low power of other models also won’t be a problem. Bicolour vs daylight balanced will also be a big factor for some users.

Do you own any of these lights? Do you agree with Caleb’s thoughts?

How to light a photo with 100 mini LED action lights

« This artist uses amazing Photoshop skill to transfer his subjects wherever they want to be
Clients From Hell Photographer Edition: “What Are Your Rates?” »