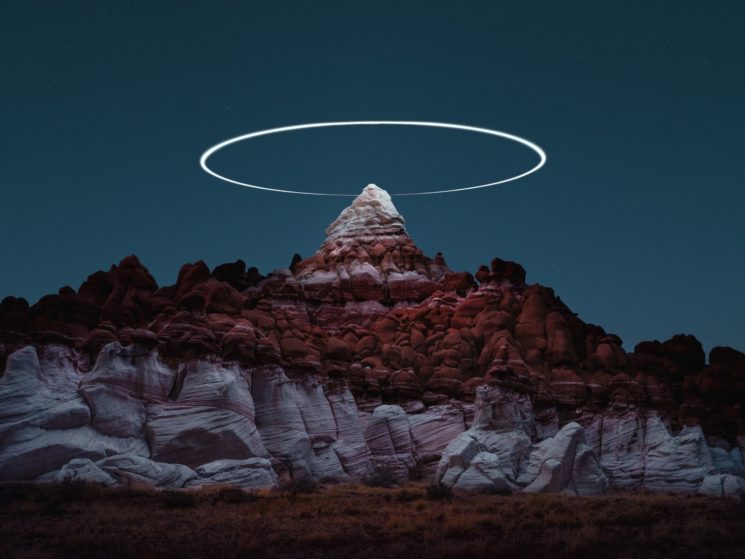 What does it look like to combine traditional landscape photography with ideas of planetary exploration; 19th-century romantic painting and science fiction? Photographer Reuben Wu has explored these combinations and brought them together in a series of landscape photos that will take your breath away.

In his project Lux Noctis, Reuben combines lights placed on a drone with long exposure photography of mountains. He has shared the resulting photos with us, as well as some details about the project, so take a look.

Reuben says that “we are overwhelmed every day by beautiful images of the familiar.” In his project, he imagines these scenes “transformed into undiscovered landscapes which renew our perceptions of our world.”

Each image is a carefully-planned scene consisting of multiple lighting positions to produce a theatrically-lit composition. Using the GPS-enabled aerial light/drones in specific positions in space, I am able to produce moods of drama and tension through use of chiaroscuro, and the ability to illuminate isolated features of a scene and exclude unwanted elements.

As for the gear, Reuben uses Fiilex AL250 light paired with the 3DR Solo drone and Phase One XF camera system. In some of the photos, he uses the lights on a drone to lighten the mountains. In the others, the lights show in the form of a light path, like a halo above the mountaintop. In one of the images, Reuben even caught the exhaust plume of the Space X of Falcon Heavy as it exited the Earth’s atmosphere. 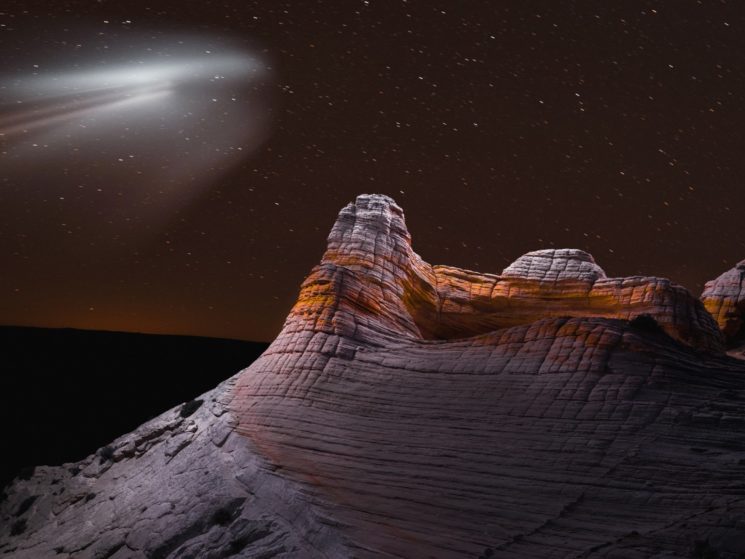 Reuben says that his photos “show not only the beauty of the landscape but also the versatility of new technology in creating art.” He doesn’t use drones as flying cameras, but rather shows that they are great as flying light sources, too. He adds that they allow artists to shine the light on places from angles which have never been possible. And in his photos, the use of drone as the light source gives splendid results.

Here are some more photos from Reuben’s series Lux Noctis. If you’d like to see more of his work, make sure to visit his Instagram and website. 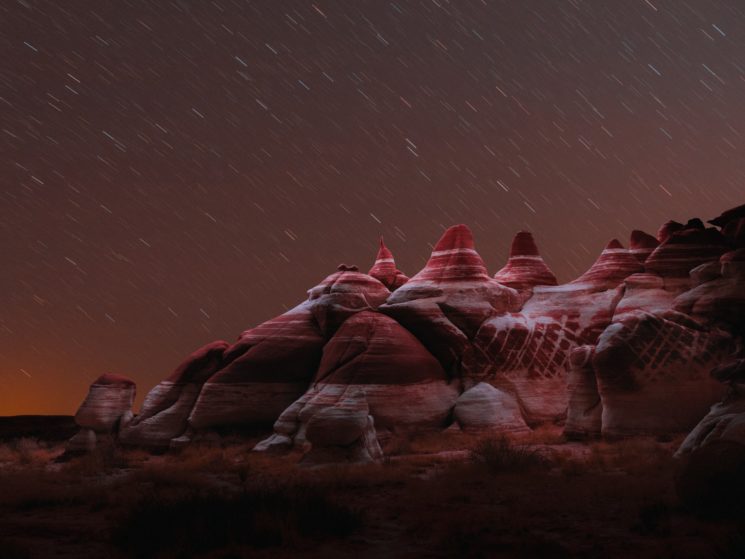 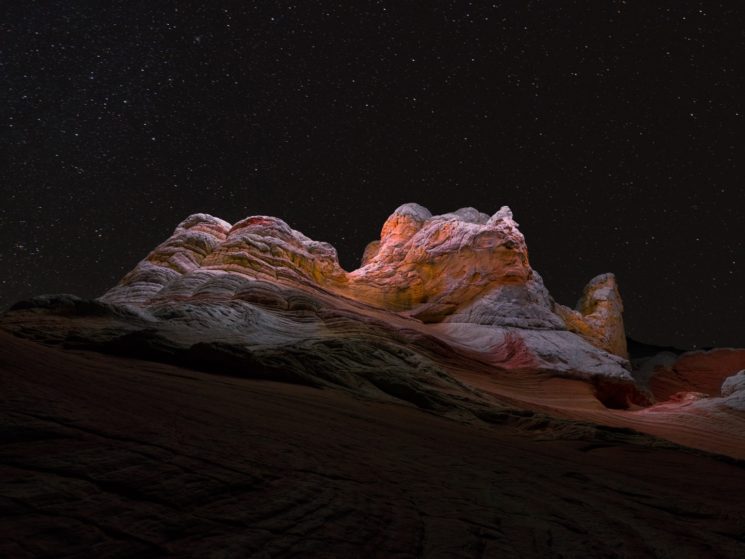 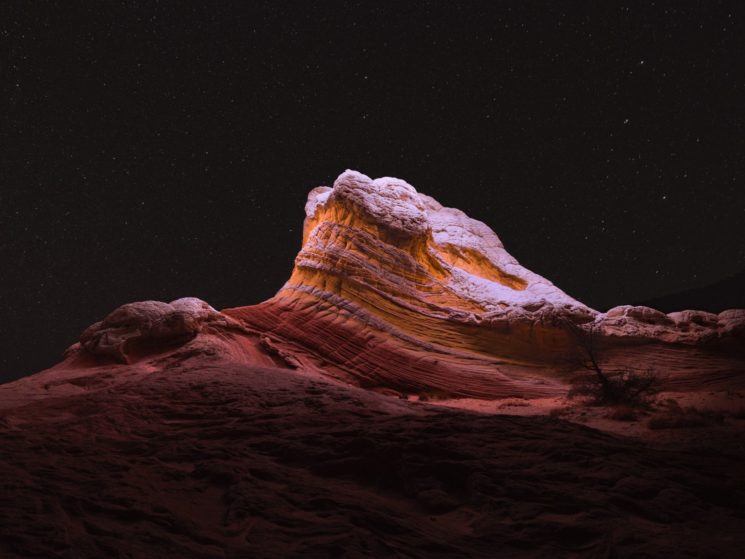 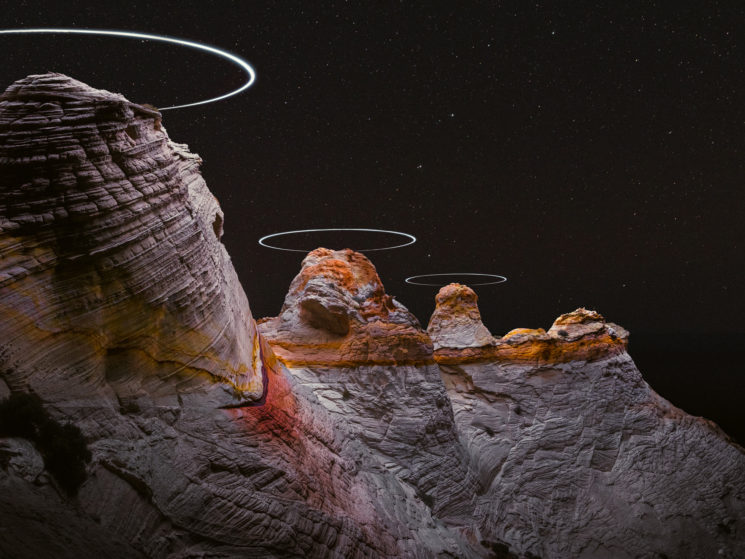 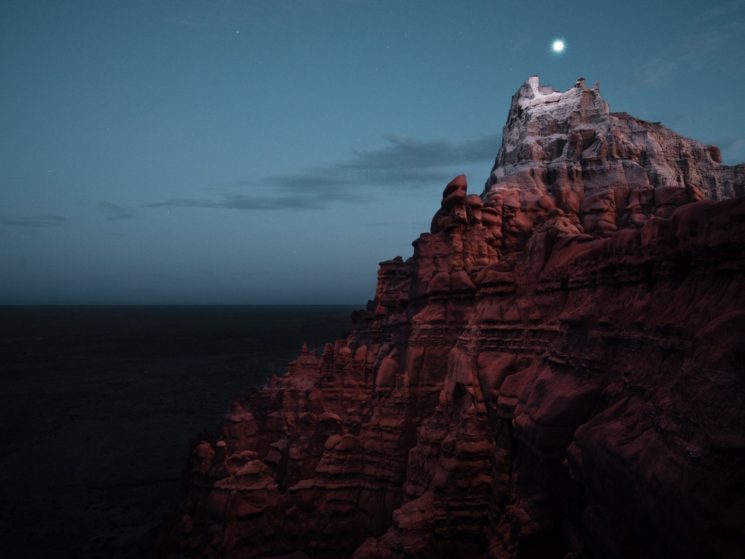 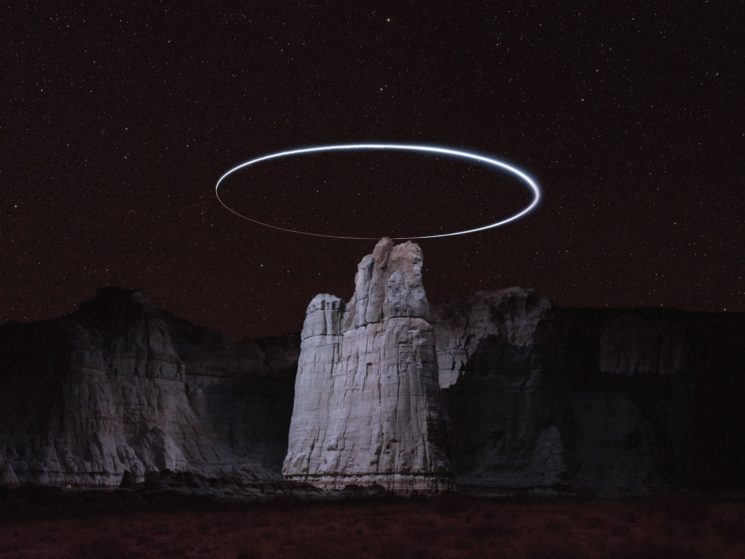