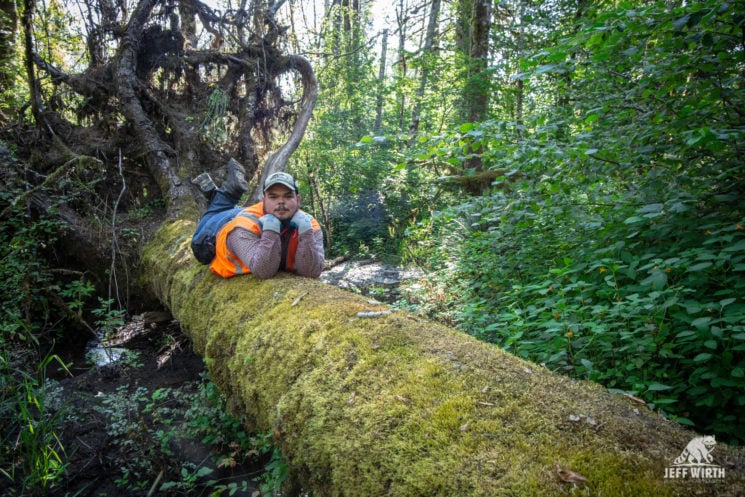 When photographer Jeff Wirth set up his trail camera on a log, he was hoping to take photos of bobcats. Little did he know that, other than wild animals, he’d also end up with a photo of a dude with a wild sense of humor. While he was going through photos, Jeff noticed a photo of a guy who struck a pose on the log. The photo made him laugh really hard, and Jeff kindly shared the laughs and the photo with the rest of us.

The story begins a few months back when Jeff was out exploring a wetland that beavers had created near his house. He noticed a large downed tree that had several piles of bobcats on it. Jeff wanted to take some photos of the large cats, so he returned the next day with a DSLR camera trap.

“I returned to the camera once a week to check for images and put in fresh batteries,” Jeff tells DIYP. “I got a few images of critters including raccoons, weasels, a few bobcat photos, and a number of birds, but nothing I was super happy with so I left the camera there.”

But then, a few days ago, a surprise visitor to his camera did make him smile. “The first sequence of images I saw were those of a surprise visitor that made me smile ear to ear and laugh to myself alone in the forest,” Jeff tells us. “It was a mystery visitor, but this time, in human form!”

Jeff tells us that he never gets humans on camera. So in its own way, this was quite an exotic shot for him. He was also very happy to see that the man was respectful to his gear and didn’t mess up with any of the settings. He just wanted to have some fun and I assume that he wanted to make the photographer laugh. “He hammed it up pretty good and left me with a sequence of images in a variety of poses,” Jeff says.

He posted one of the photos to his Instagram. But then, it took off. The photo quickly went viral, and Jeff even found the guy who posed for his camera trap. His name is Ben Sizemore and he didn’t only make Jeff laugh, I was laughing alone in my flat as well. Way to go, Ben!

Oh, and to make things even better: Jeff did catch a photo of a bobcat after all. So he had his mission accomplished and got a good dose of laughter. I’d say that was a successful photoshoot. 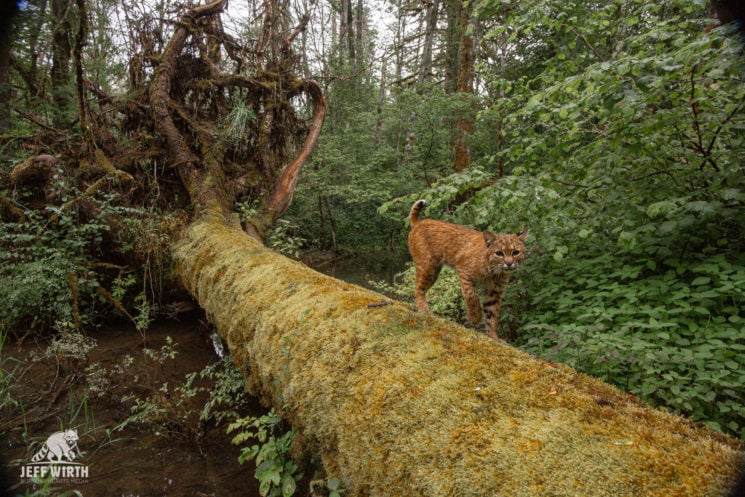 « Are you guilty of making these 7 landscape photography mistakes? I know I am
This 3D printed doohicky lets you shoot split double exposures with the Instax Mini 90 »