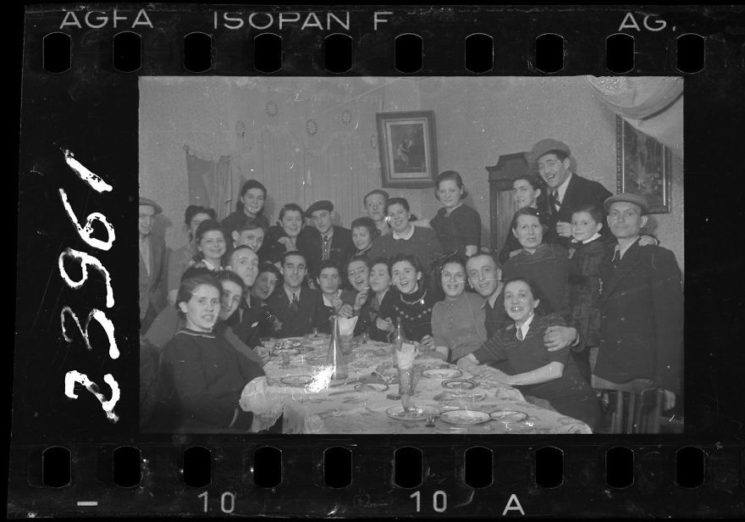 How do you feel when you see a major historic document right before your eyes? And what about seeing dozens of images that testify about the past? A series of images by Henryk Ross from the Nazi-occupied Jewish ghetto could make you feel the connection with the past you’ve never felt before. The series of images is very strong and emotional, and it could draw tears to your eyes. Some of them are also very graphical and not easy to digest.

It’s not about the photos of war and destruction; at least these are not the only things you’ll see. Ross managed to document daily lives of these people and smiles on their faces despite the conditions in which they lived. And he did it all secretly, risking his life. According to the Polish laws, the images are under public domain and can be shared. So we are sharing them, along with their incredible story.

Henryk Ross was a news and sports photographer from Poland. In 1939, German forces invaded Łódź, the city where he lived and worked. From then on, he became a staff photographer for the Department of Statistics for the Jewish Council (Judenrat). His official job was to take identity photos and propaganda shots for the Nazis within the Polish Łódź Ghetto. But he secretly managed to capture a lot more. Daily lives of people and day-to-day events in the ghetto remained eternalized in his photos. From heartwarming pictures of parents and children to the chilling images of death and starvation, he captured it all. And what’s fascinating, he kept it as a secret all along while he remained in the “good graces” of the German occupational administration. 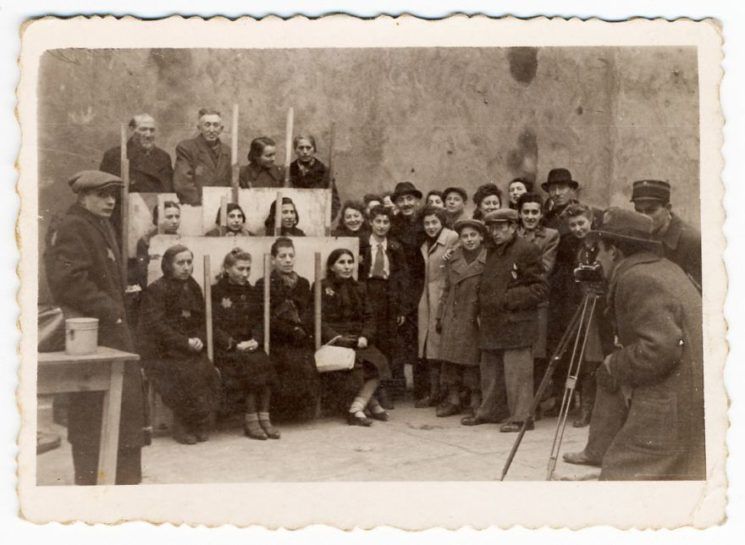 The photographer used his coat to cover the camera. He would open it quickly when he wanted to take the shot, press the shutter and then hide the camera again. He also photographed through holes and cracks. He said that his wife Gloria was his assistant because she would look around to see if there were Germans nearby.

In 1944, the Holocaust was at its peak and the entire ghetto was liquidated. Fearing that he might experience the same fate, Ross did what he had to do. He took around 6000 negatives, put them in a tar-sealed box and buried them in the ground near his home. It was too dangerous to keep them accessible, and he could have only hoped that they would survive to tell the story.

In 1945, the Red Army liberated Poland. And Ross didn’t forget about the historical treasure he kept buried in the ground. He returned and dug the box out. Unfortunately, underground waters and moisture damaged a lot of negatives beyond repair. But still, around half of them survived to tell about the lives of Łódź Ghetto Jews. 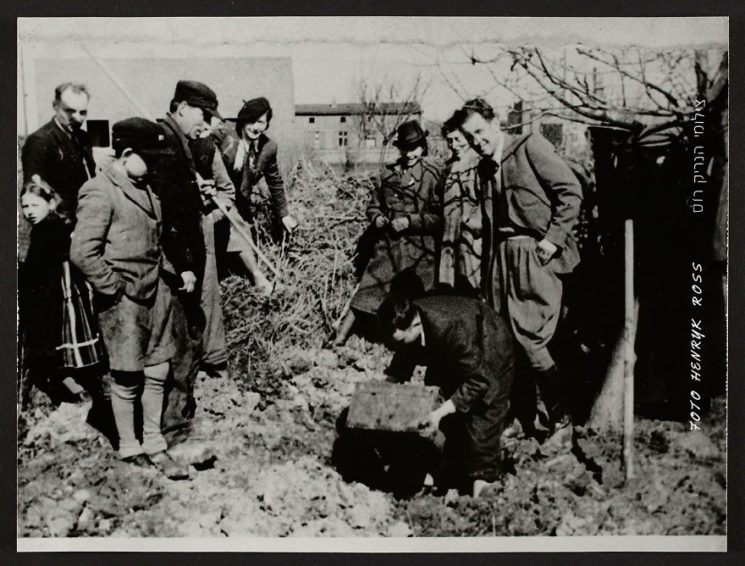 Henryk Ross excavating his box of negatives and documents 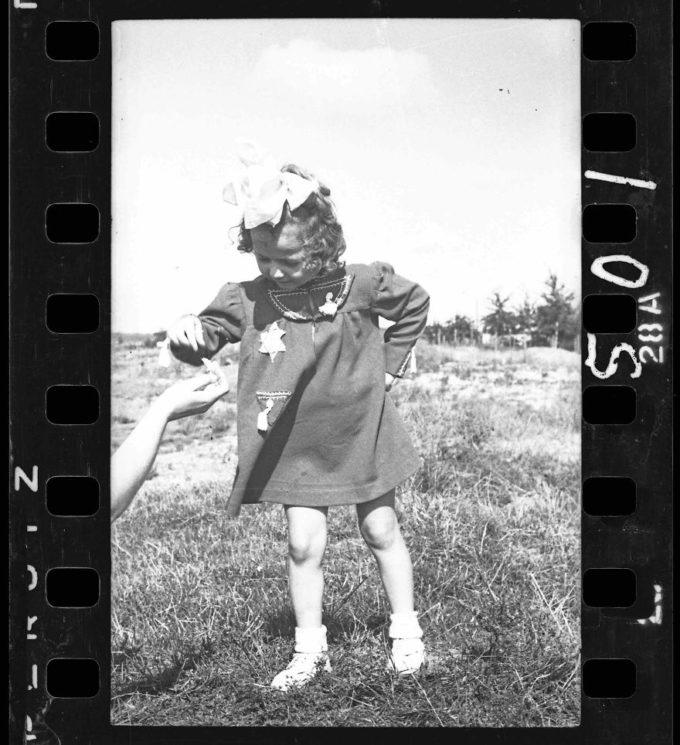 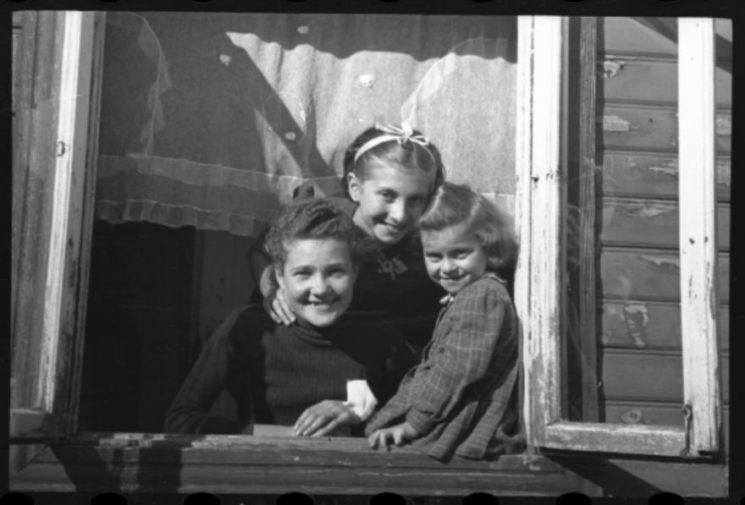 Children looking out the window 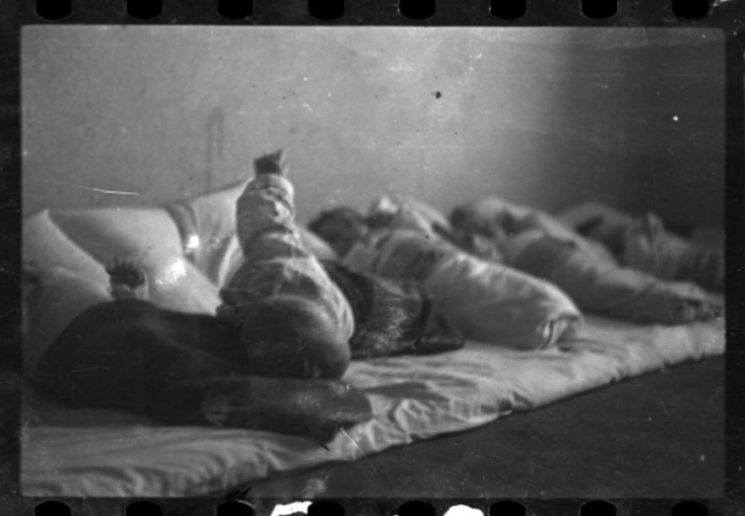 Babies lying on floor mat, probably in the hospital nursery 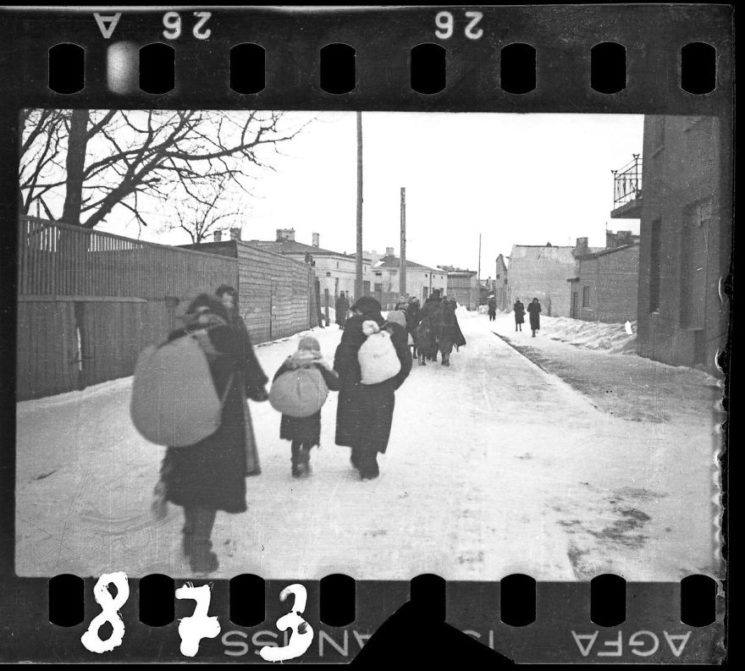 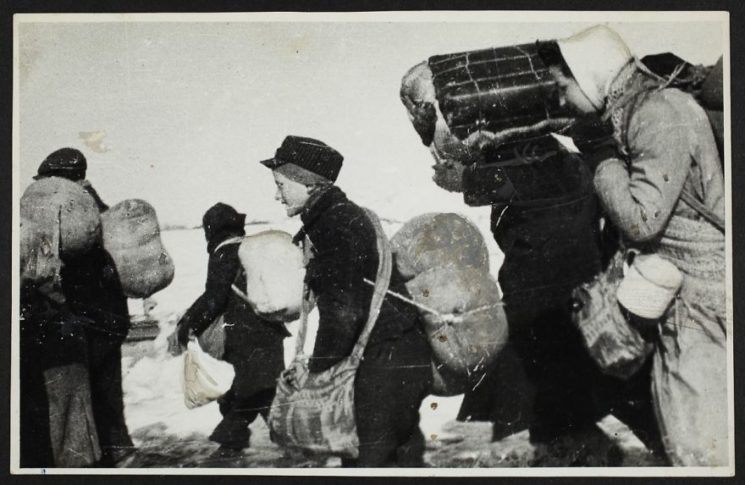 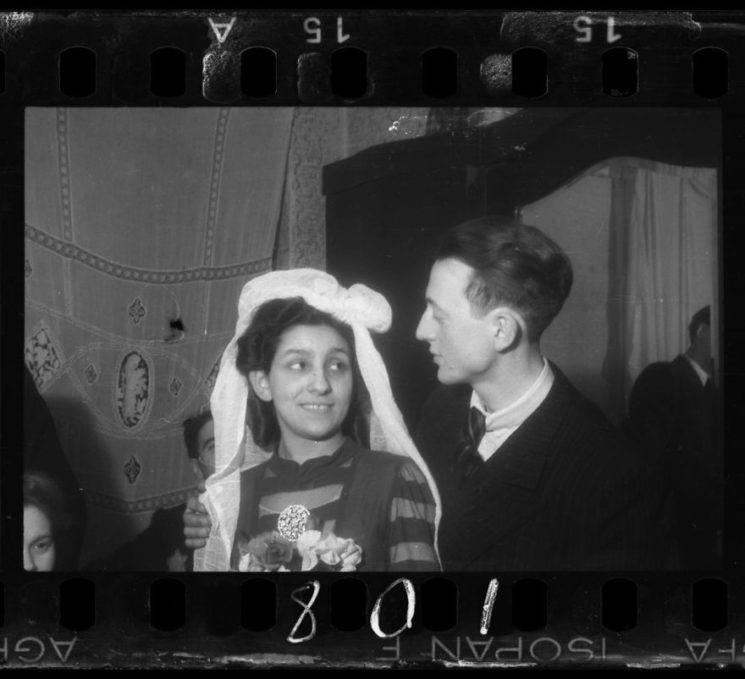 A wedding in the ghetto 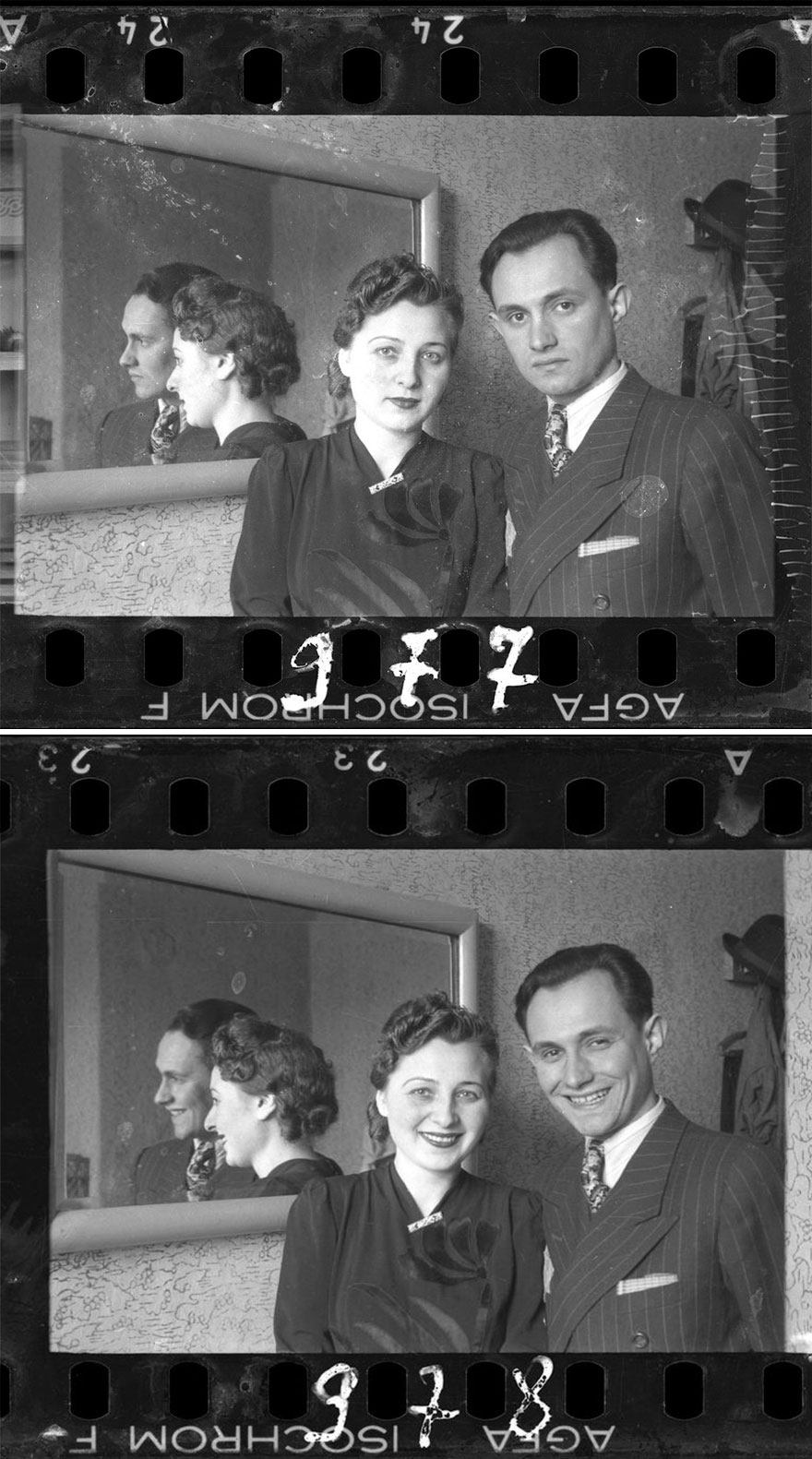 Portrait of a couple 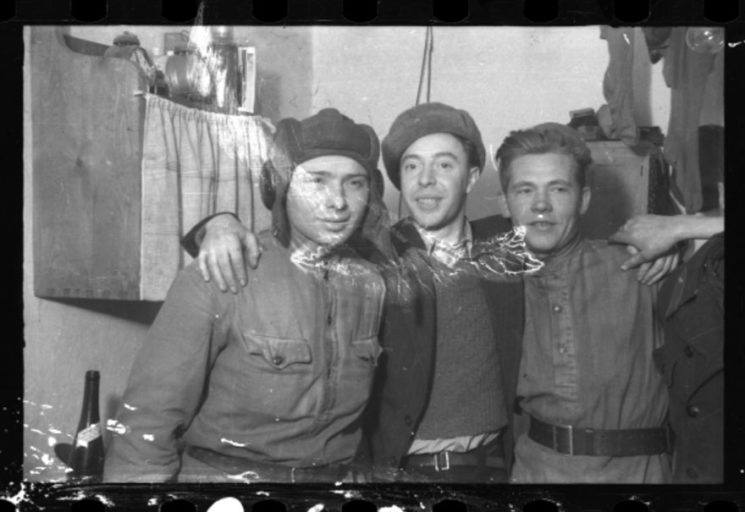 Three men after the liberation by the Red Army 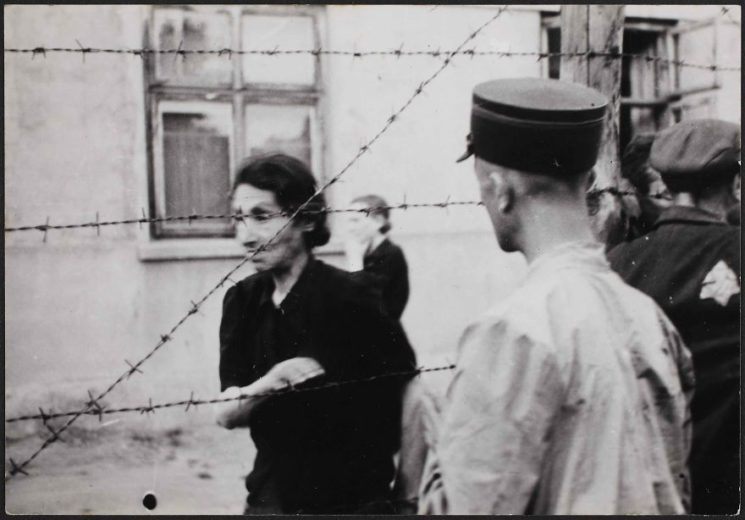 Police and a woman behind barbed wire 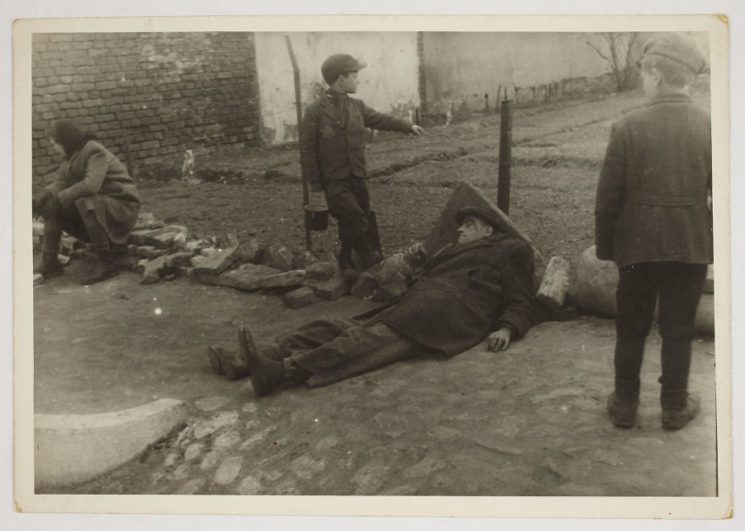 A sick man on the ground 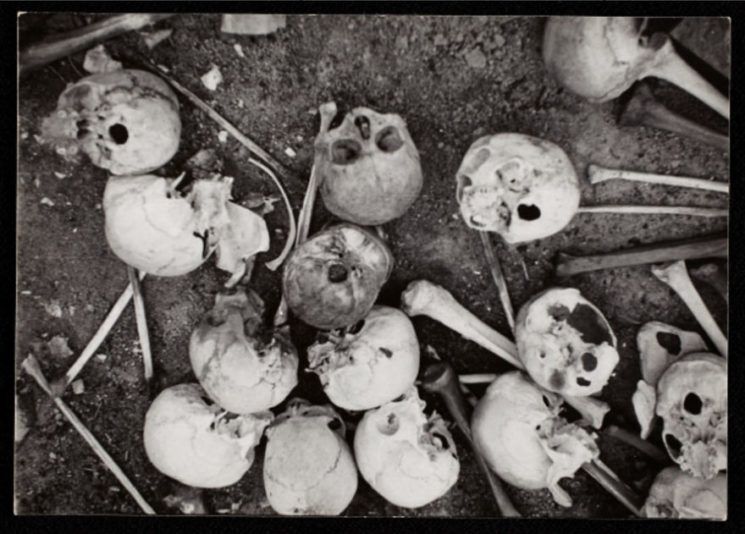 Skulls and bones on the ground 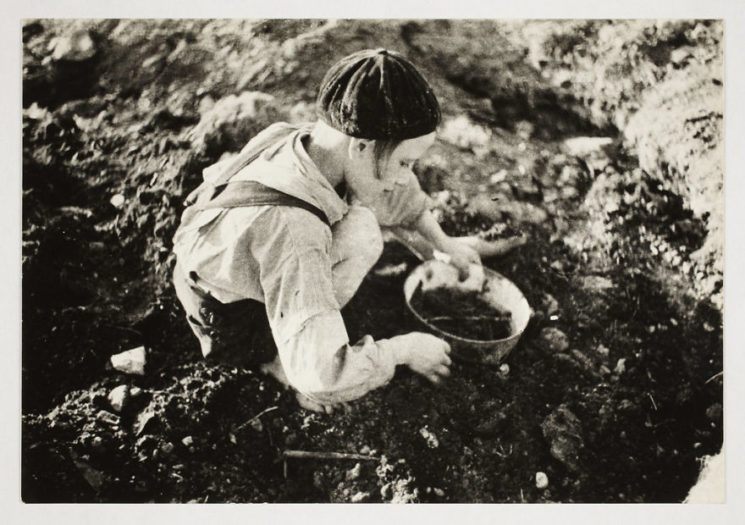 A boy searching for food 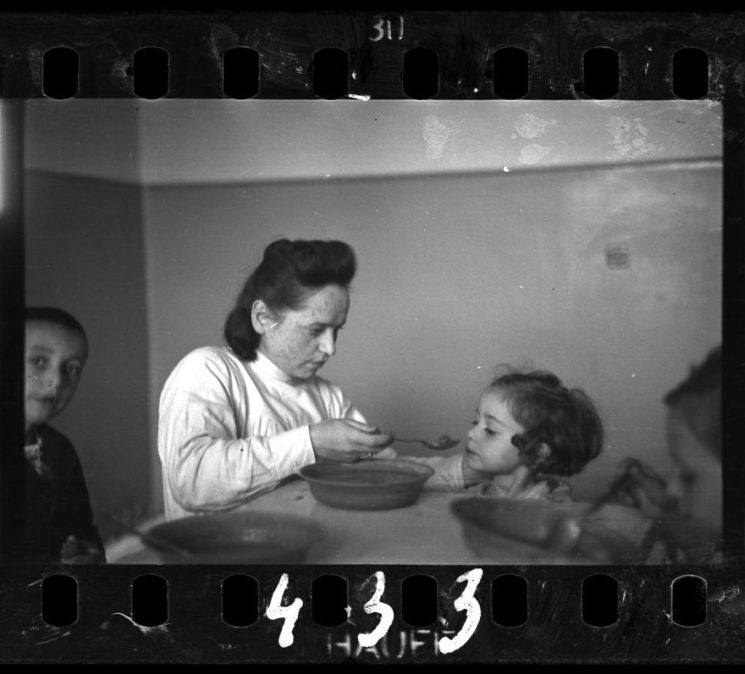 A nurse feeding children in an orphanage 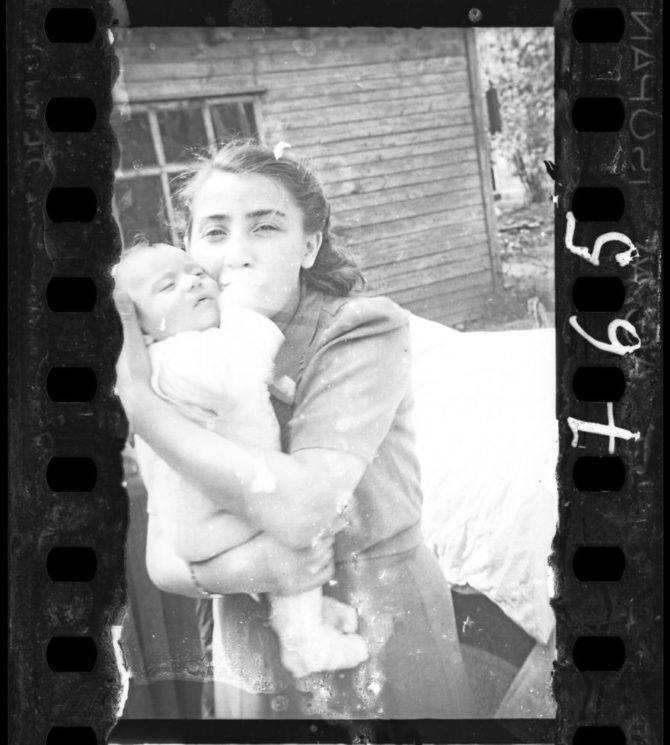 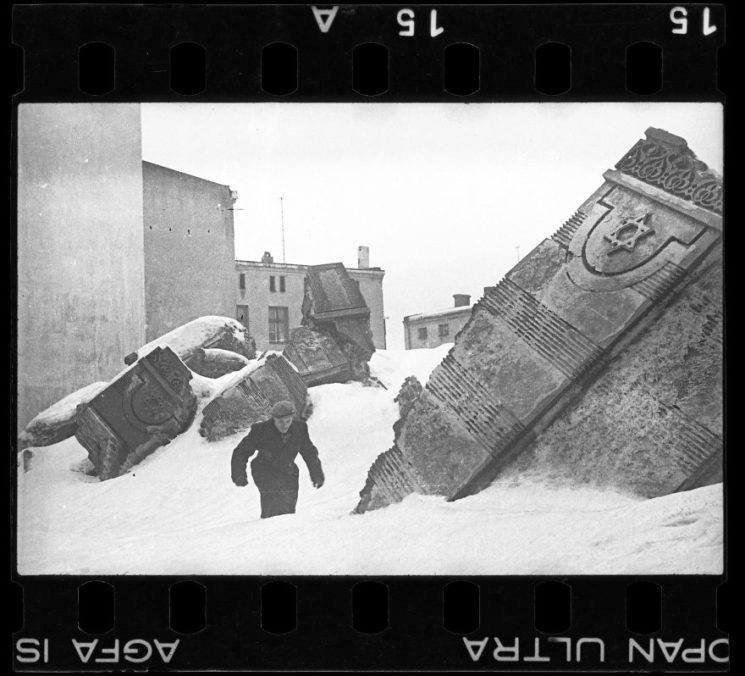 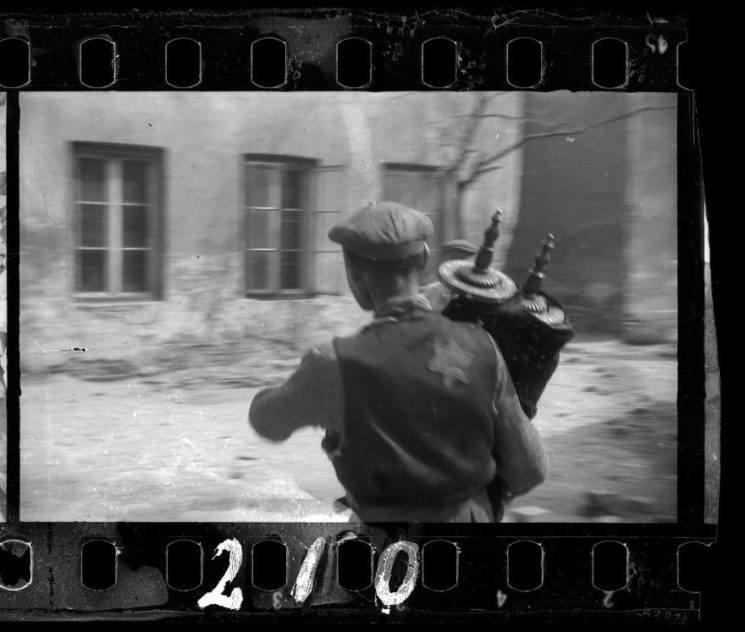 The photographer survived to testify during the trial of Adolf Eichmann in 1961. He died in 1991, and his photos live to this day. They are in the Art Gallery of Ontario, testifying about the every side of life in the Łódź Ghetto. They tell the story of death and suffering, but also the story of hope, occasional joys, hopes, dreams, and smiles of these people. And it’s what makes them even more moving than I could have imagined. Ross once said that he buried his negatives in the ground in order to keep the record of the Jewish tragedy. And I salute him for the bravery and keeping a significant piece of history alive to this day.