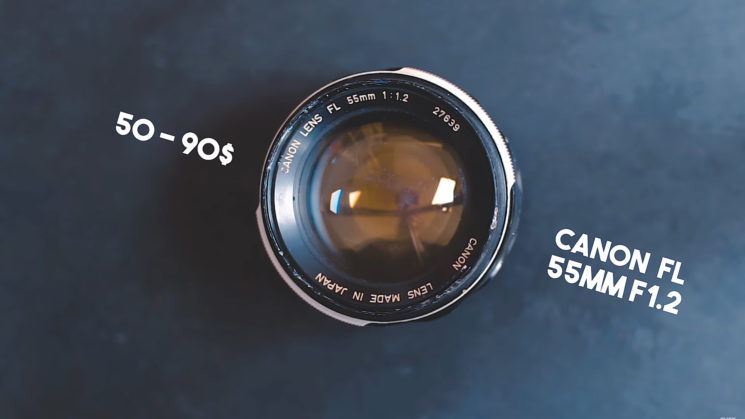 Shooting stills in bright sunlight with fast glass with super wide apertures is fairly easy. You just knock down your ISO and speed up your shutter until you have your exposure under control. But when you’re shooting video, that’s not really an option if you want that cinematic look. Your shutter speed’s generally locked at 1/50th of a second for 24p video (1/100th for 50fps, 1/125th for 60fps, etc).

It’s a bit like working outdoors in bright conditions with flash that doesn’t support high speed sync. Once you hit that sync speed your shutter simply won’t go any faster. The go to option in both cases is neutral density. Filters that go over your lens to reduce the amount of light entering it and hitting your sensor. This video from weird lens guru, Mathieu Stern, shows a slightly different approach.

Mathieu is using the FotodioX Vizelex Pro ND Throttle mount adapter. Specifically, he’s using one that lets him mount Canon FD lenses to a Sony E mount body. But there are about 20 or so adapters available for different lens & body mount combinations.

What makes these adapters different from regular mount adapters is that they feature built in variable ND filters. So, the ND now sits between the lens and camera body, not on the front end of the lens. 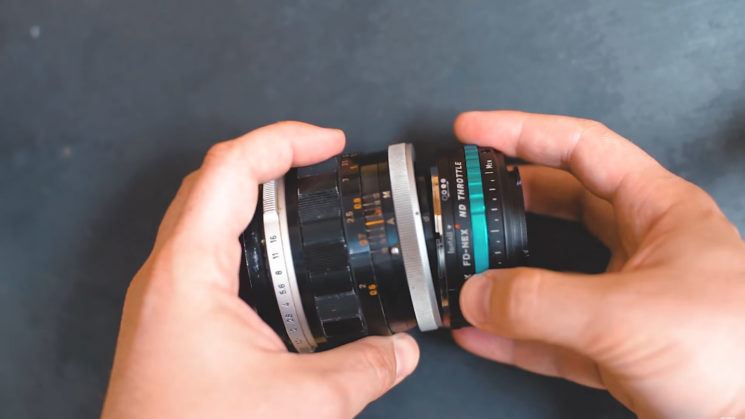 It’s a very cool adapter if you’re mounting lenses from one system onto another. You’ll have to use an adapter of some type or other anyway and you don’t have to mess around with the front end of your lens. This can make a big different to workflow speed if you’re fighting with lens hoods or matte boxes.

As mentioned above, shooting outdoors with flash using wide apertures and flashes that don’t support high speed sync can be worked around the same way. Using older M42, Canon FD, or Nikon Ai lenses on newer bodies is becoming more and more common. This allows you to quickly and easily have another option to reduce your exposure without going past your sync speed.

1-10 stops of neutral density at your fingertips, and there’s no lens hoods getting in the way.

Personally, I tend to shoot lenses and cameras that share the same mount. So, no room for an adapter to go in between.  I’ll just have to keep struggling with filters that go over the end of my lens.