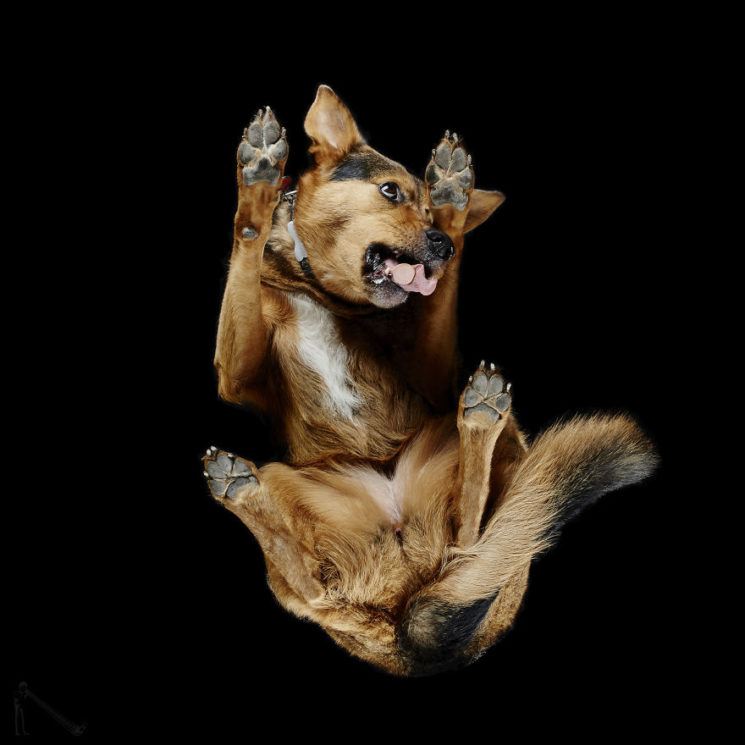 Perhaps you remember the viral “Under-Cats” project by Lithuanian photographer Andrius Burba. After publishing this series of photos and the accompanying book, Andrius and his team went on working on several similar projects, but with different animals. And if you are a dog person, you’re gonna love this one.

Andrius’ latest project, “Under-Dogs,” shows dogs photographed from underneath. Just like his previous projects, the photos are well made, funny and they want to make you hug your dog (or any dog, actually) and rub its fluffy belly. We spoke to Andrius about the photos, the gear he used and the challenges he encountered. And he also answered to a burning question – who is better at posing, cats or dogs? 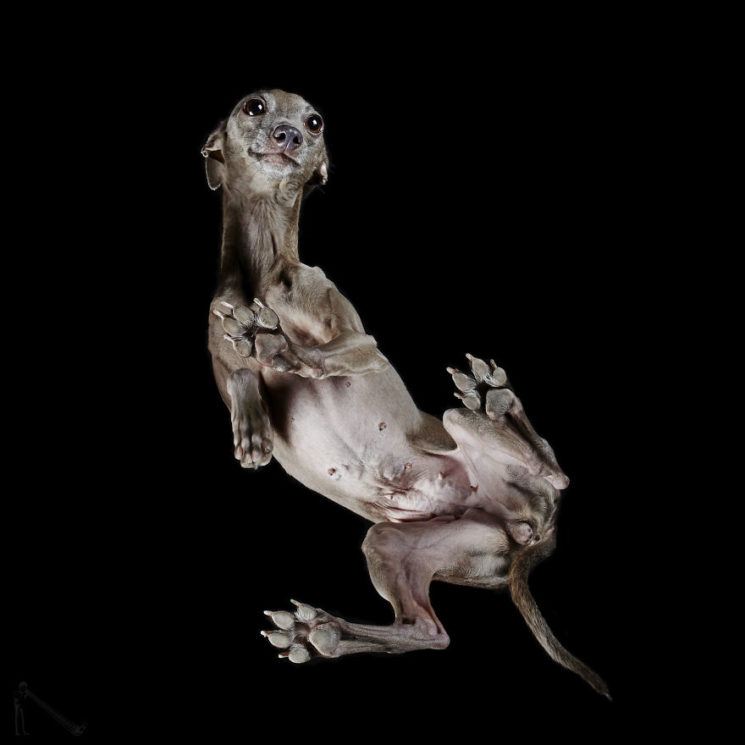 I asked Andrius about the gear and accessories he used. It was Canon 5D Mark III with Sigma 35mm f/1.4. It was just enough to achieve the quality he wanted. As for the lighting and accessories, there were 2 Profoto Prohead Plus lights with Profoto 3×4 softboxes. He used Tether Tools cable to capture photos straight to computer, a Profoto Pro-8A and a cheap remote controller. 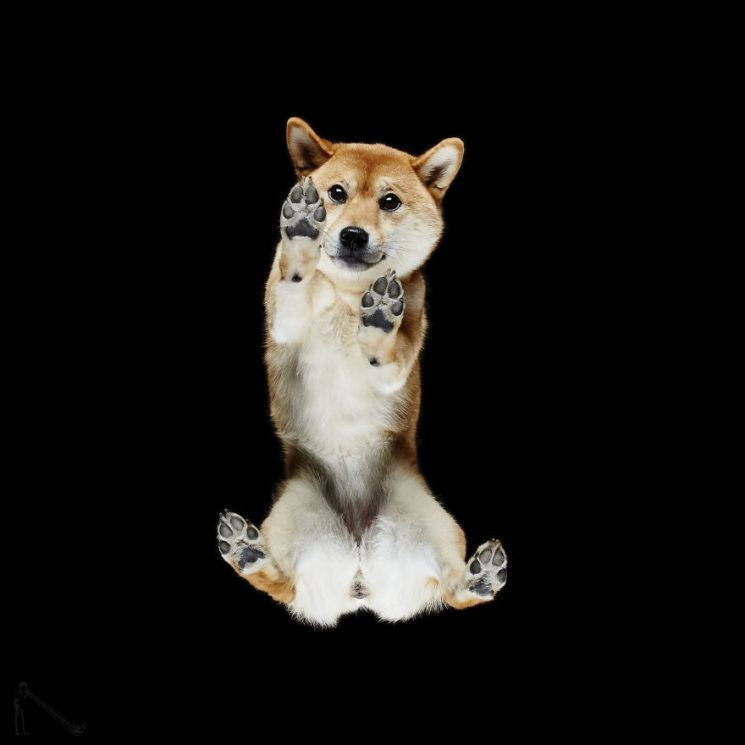 Other than gear, I was more curious to know about the challenges he was facing while making these photos. After all, photographing animals is not so easy. Here’s what Andrius said:

I needed to order bigger and stronger glass for heavy and big dogs, because cats were lighter and smaller. So I made a glass table for this photo shoot. Preparation was most difficult part. 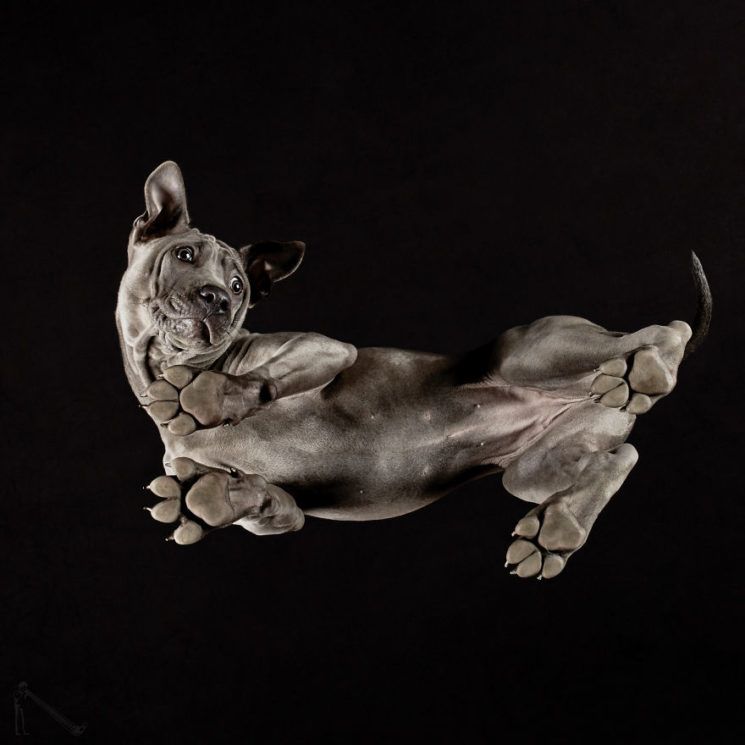 Lastly, of course, I wanted to know who was easier to work with, cats or dogs:

Dogs were more obedient; they liked treats, so we played with them. This is how we got more interesting poses, than cats. Cats were very cute but dogs are more playful. Dogs are more obedient which helps us to create more interesting shots. While some dogs were playful on the ground they have completely changed on the glass and stood still like a rock. Others weren’t afraid of standing above which was easy and fun to work with.

Although my cat and dog are completely different, I can imagine that in the real world it’s easier to make the dogs strike a pose. And Andrius and his team did it perfectly, creating a set of photos that has really made my day. And also – they gave the word “underdog” a completely different meaning. Take a look at more photos from the project: 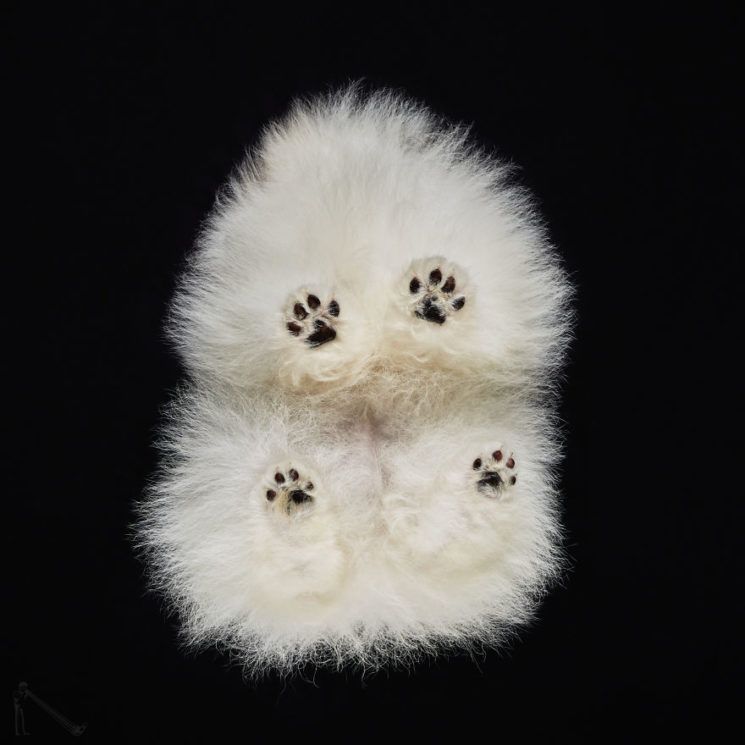 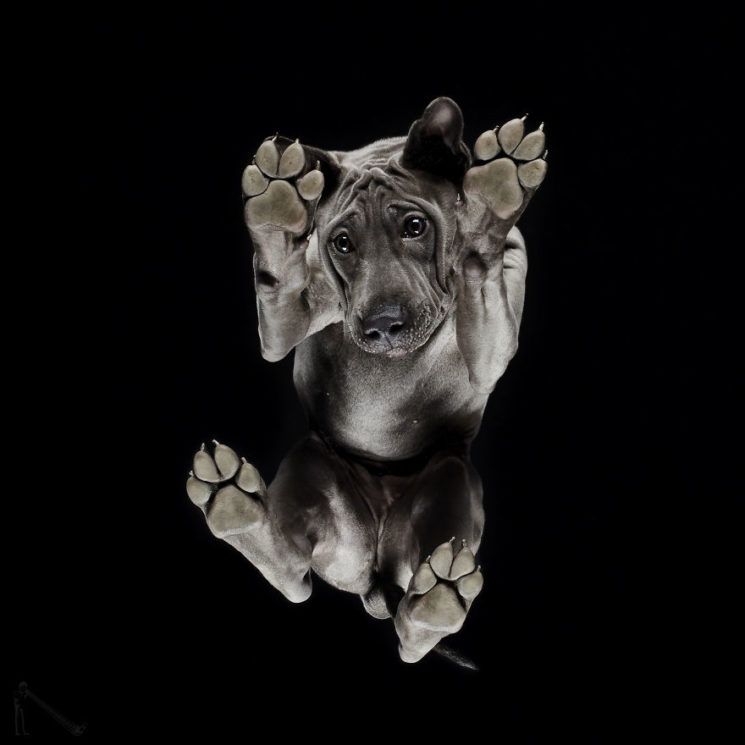 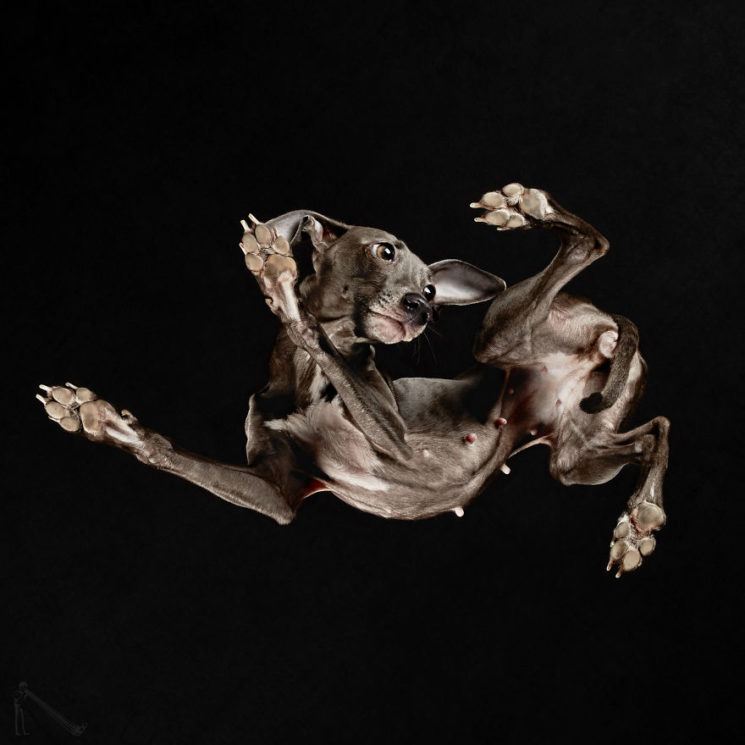 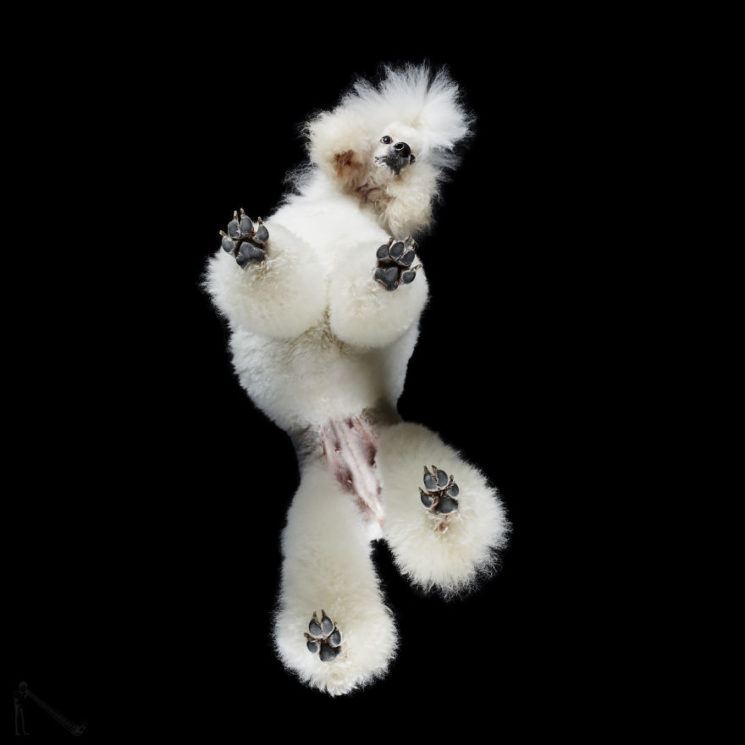 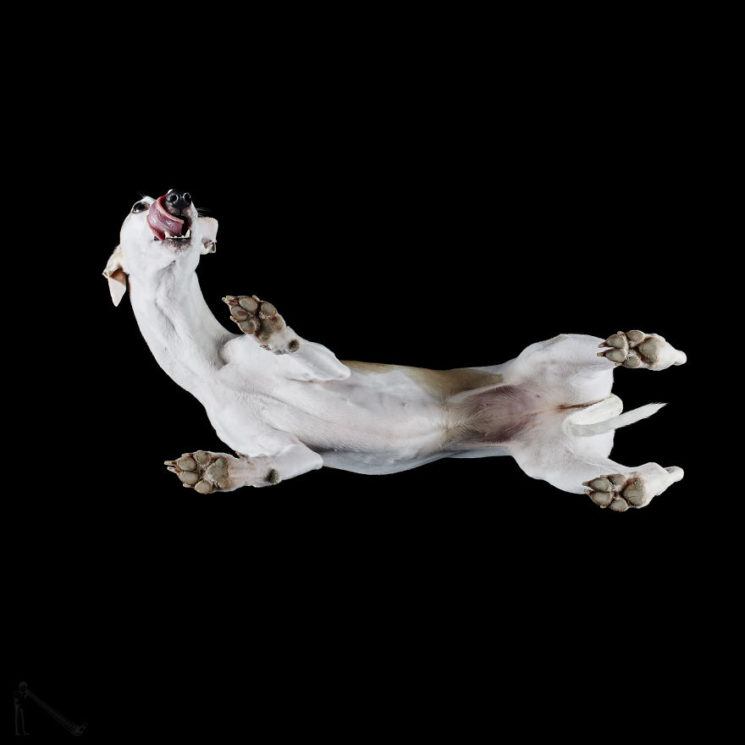 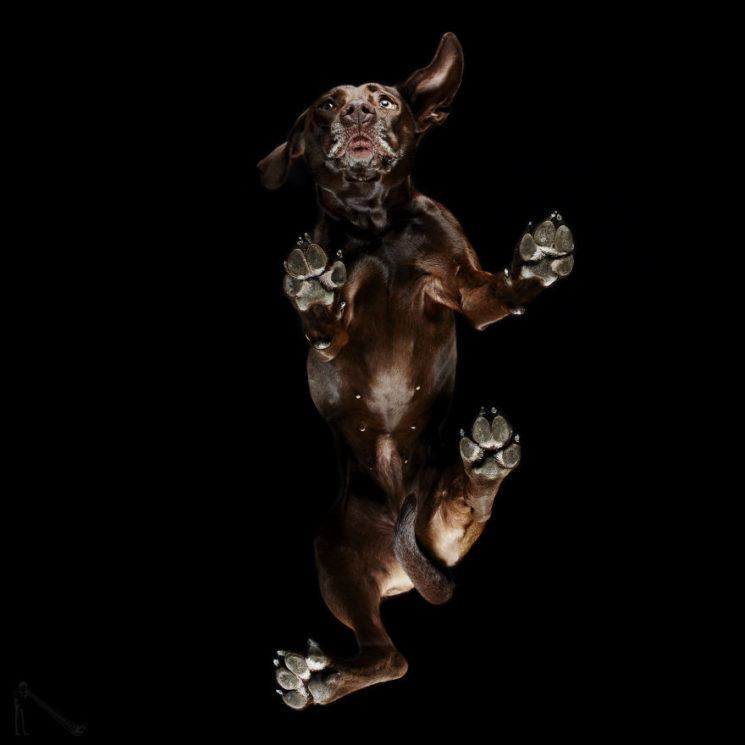 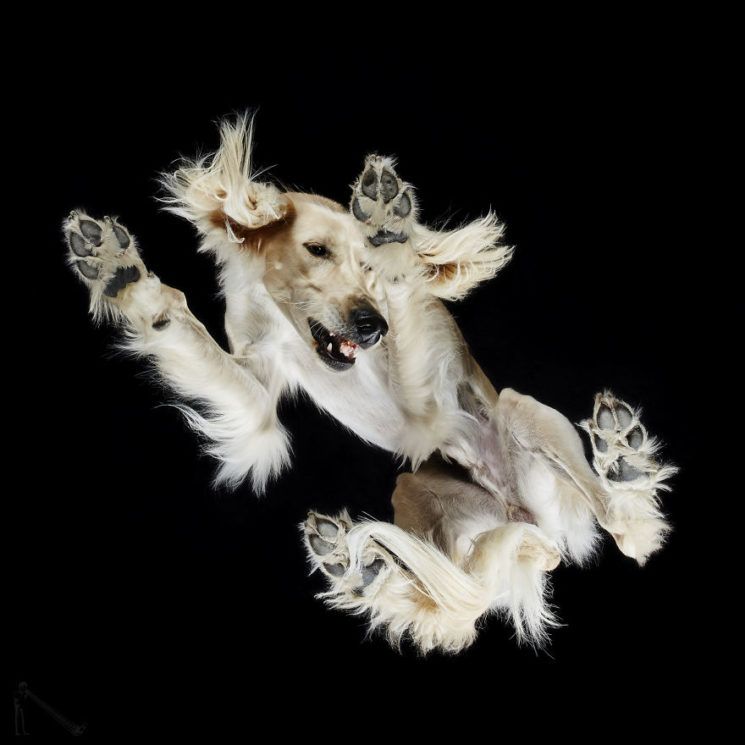 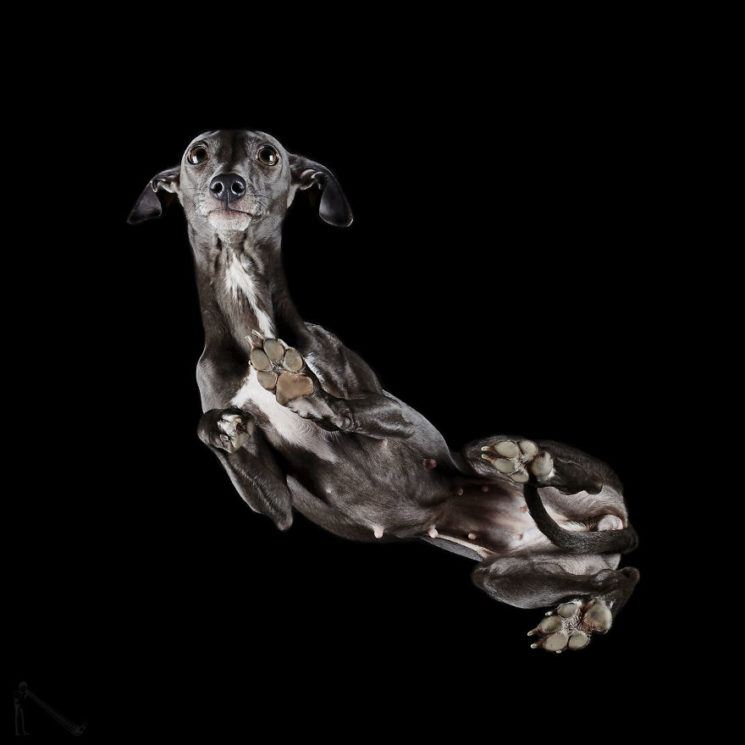 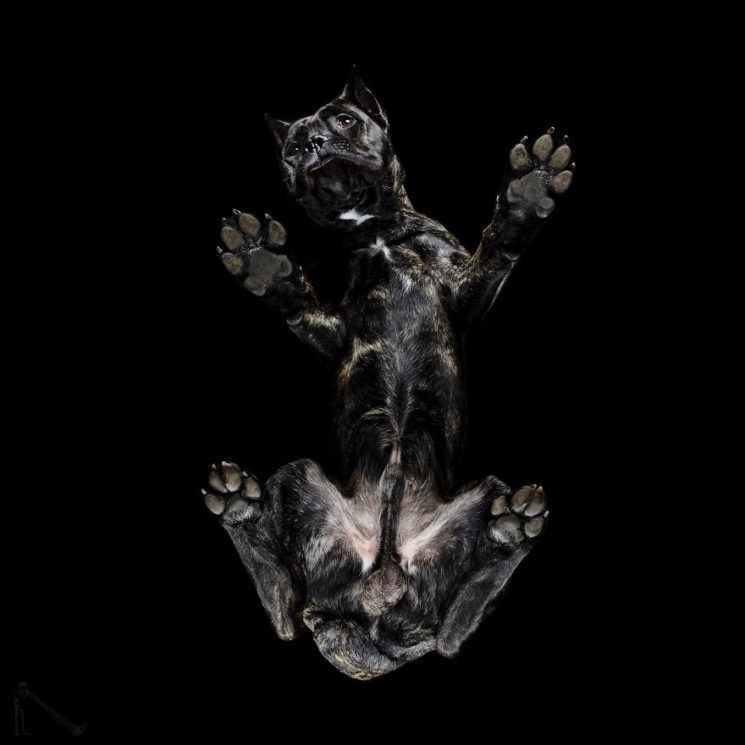 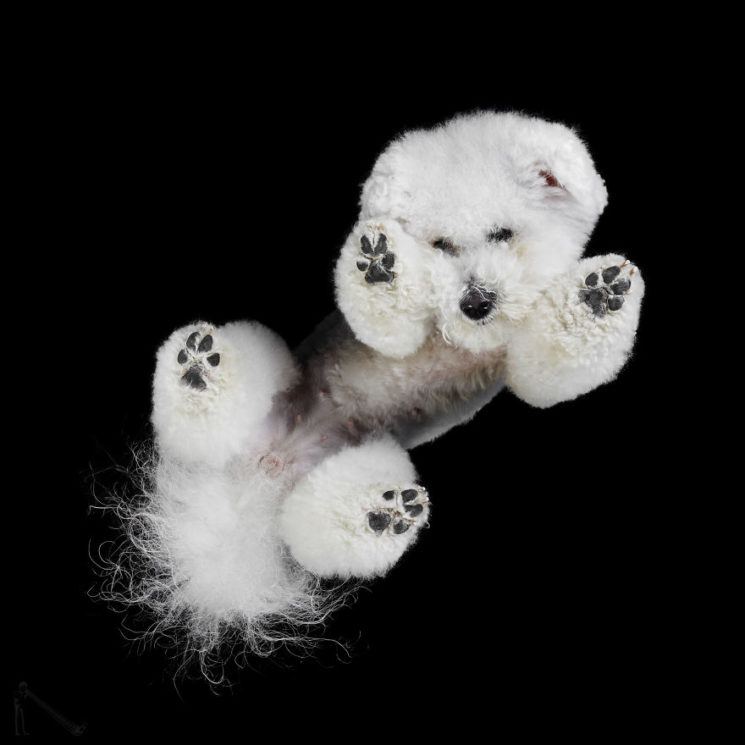 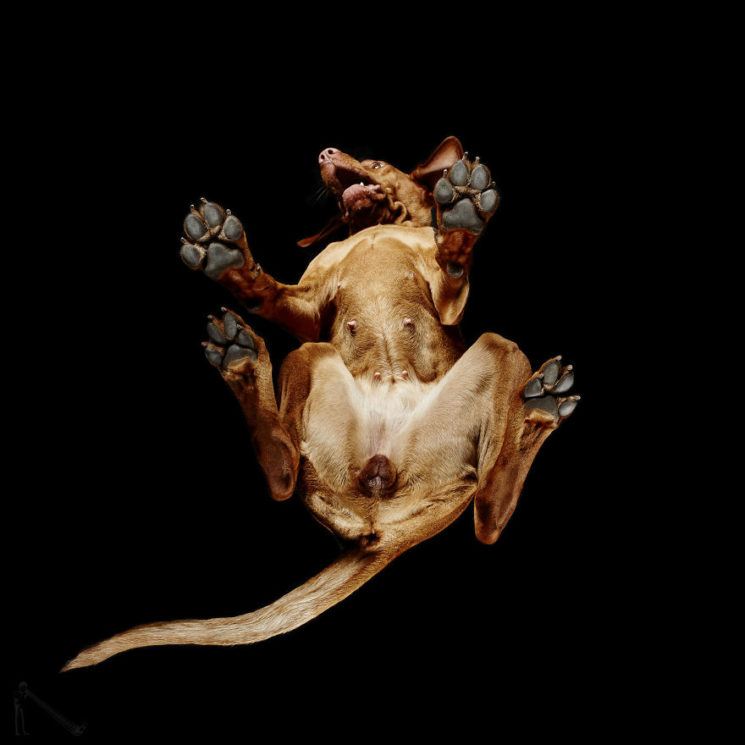 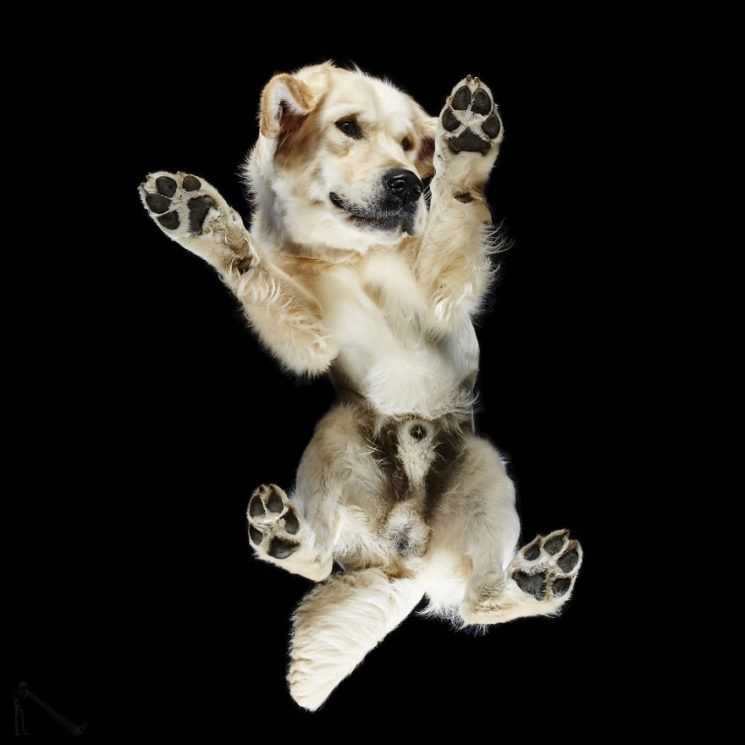 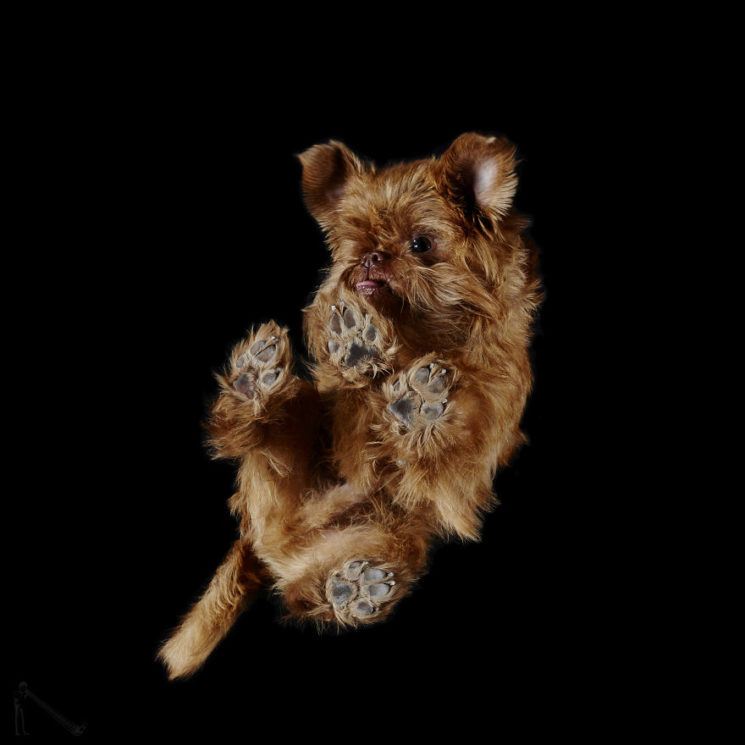 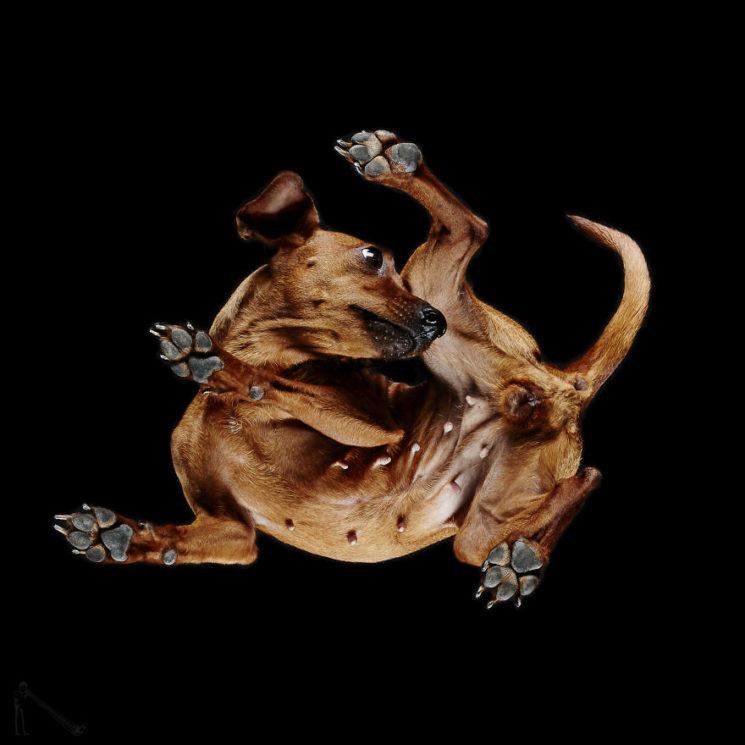 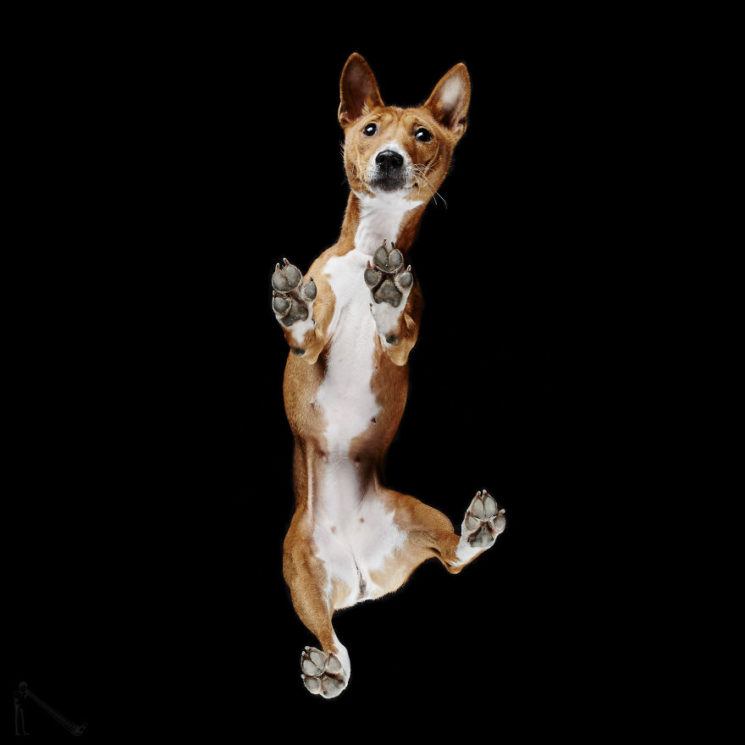 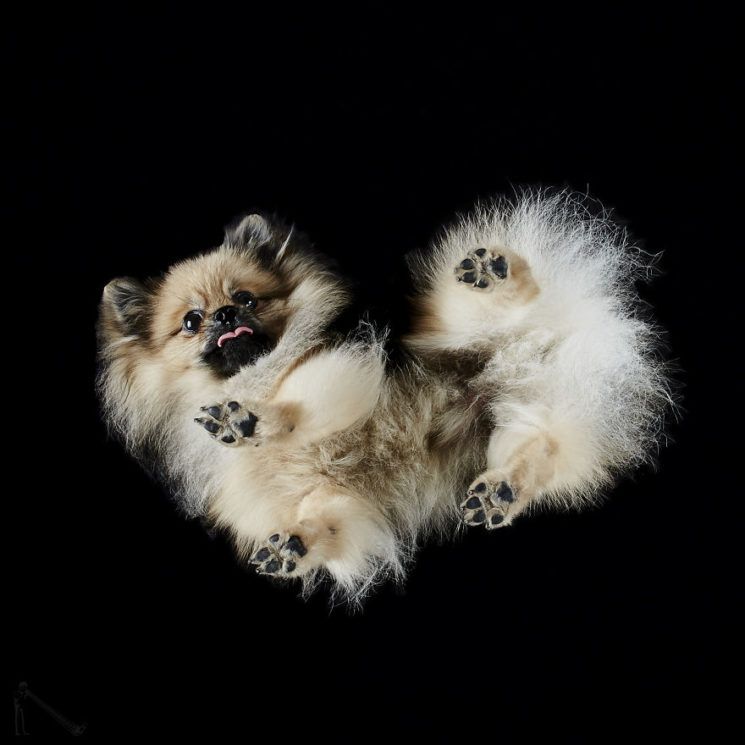 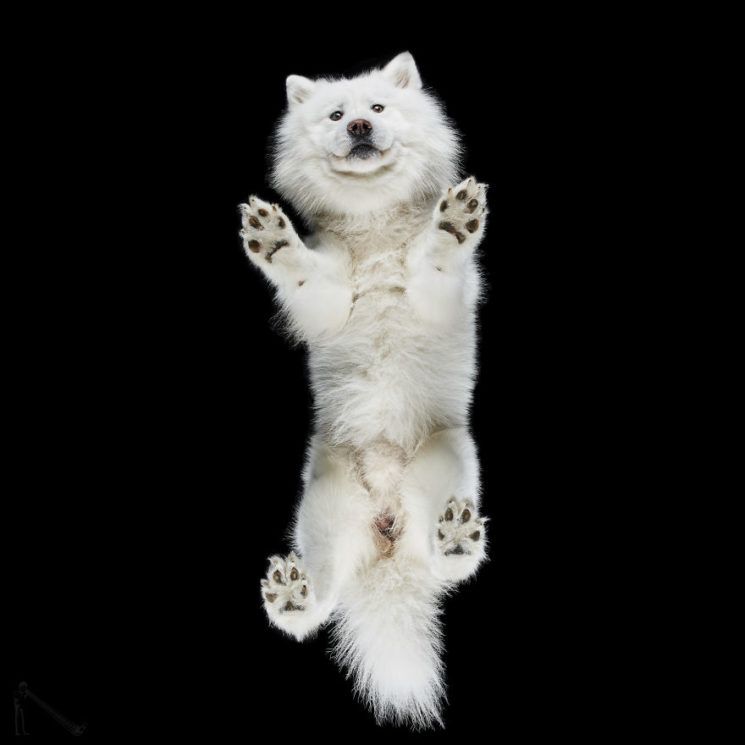 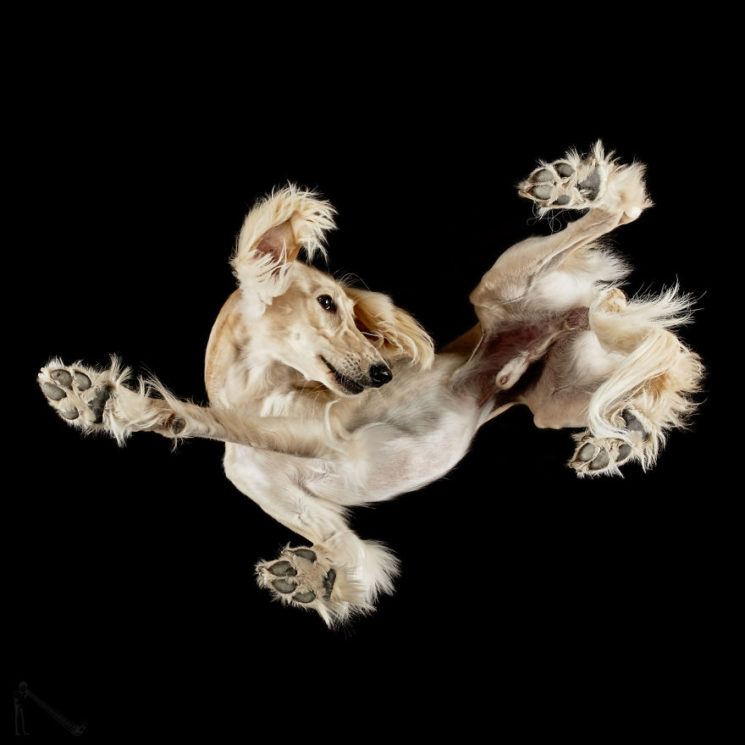 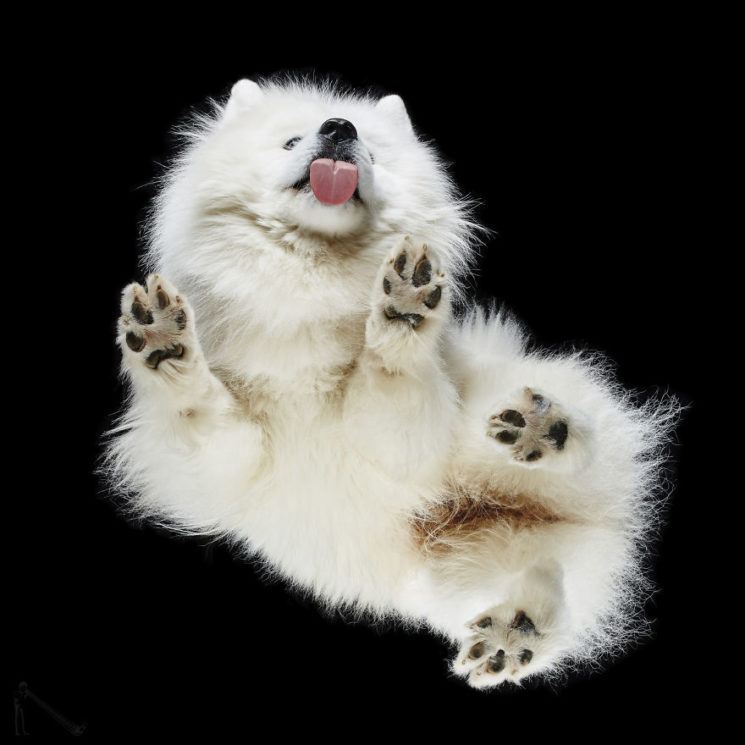 Andrius Burba is a Lithuanian photographer. He enjoys taking photos from a different angle, which is how he ended up creating fun projects of animals photographed from underneath. If you’d like to see more of his work, check out his website, like his Facebook page and follow him on Instagram and YouTube. You can also order a photo book of the “Under-Dogs” on this link, but if you’re more of a cat person, there’s something for you here. Andrius also offers some cool clothes in his online shop.

Even if you’re not a cat person, you’ll love these cute kitties photographed from underneath