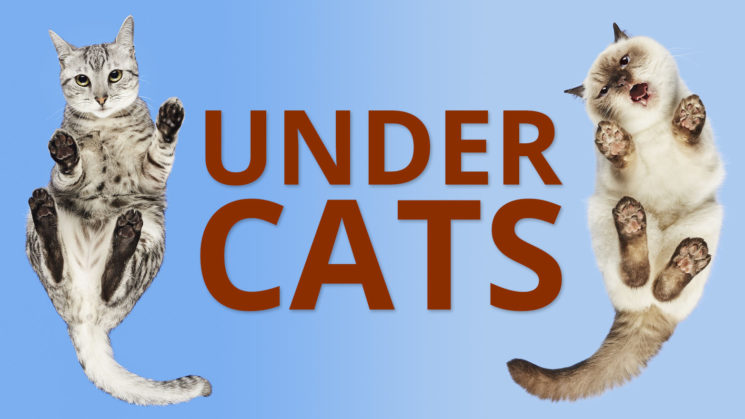 I have to admit, I’m not really a cat person. I prefer a different kind of four-legged animal. Cats and I just don’t get along. But visually, there is something intrinsically fascinating and beautiful about them. Especially, as photographer Andrius Burba discovered, when photographing them from underneath.

The Underlook project started several years ago when Andrius saw “a ridiculous looking picture on the Internet”. The photo was a cat sitting on a glass table, photographed from underneath. He decided to take it to the next level and photograph it properly. It’s now split off into separate Under-Dogs, Under-Cats and even Under-Bikes.

Andrius has now expanded Under-Cats with some more images that he’s allowed us to share with you. He’s also included a behind the scenes video so that you can see exactly what goes on behind the scenes on an Under-shoot.

It’s fascinating to see animals from underneath. It’s a view we never get to see – unless they decide to crawl over our heads when we’re lying down on the couch or in bed. You’ll notice a slight change in the images from Andrius’ latest series of images compared to all of the previous projects, though. In the past, the photographs always had a black background. This time around, he decided to go with coloured backgrounds to complement each animal – which I think looks fantastic. 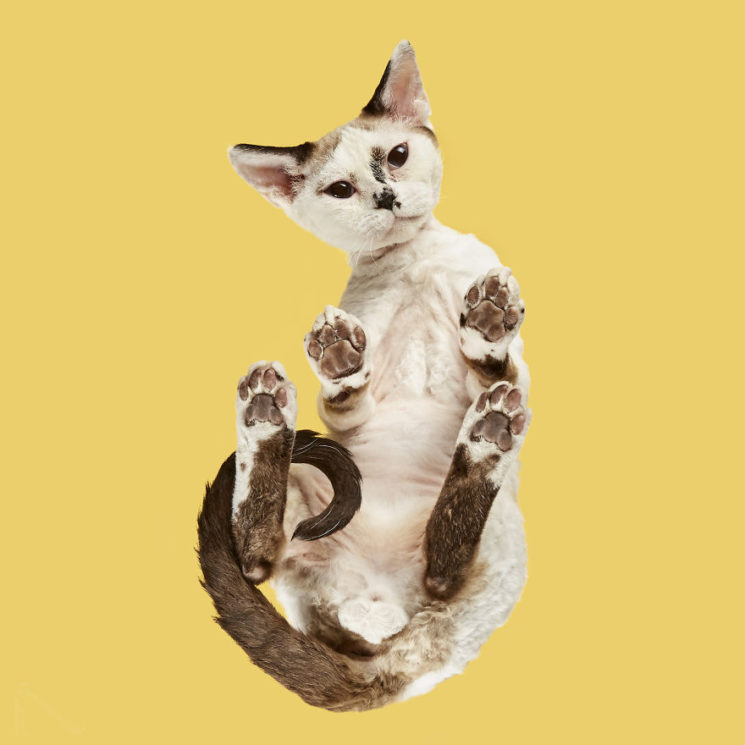 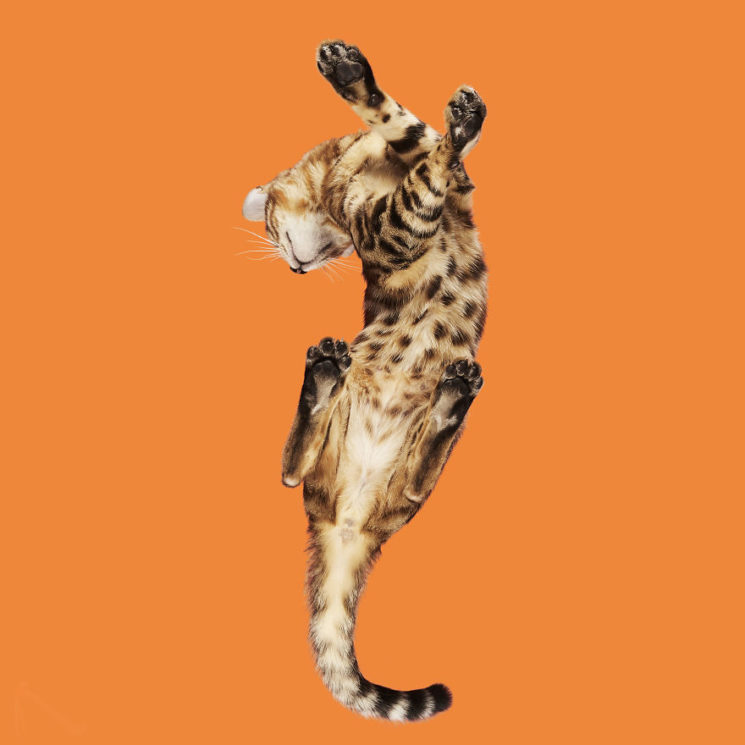 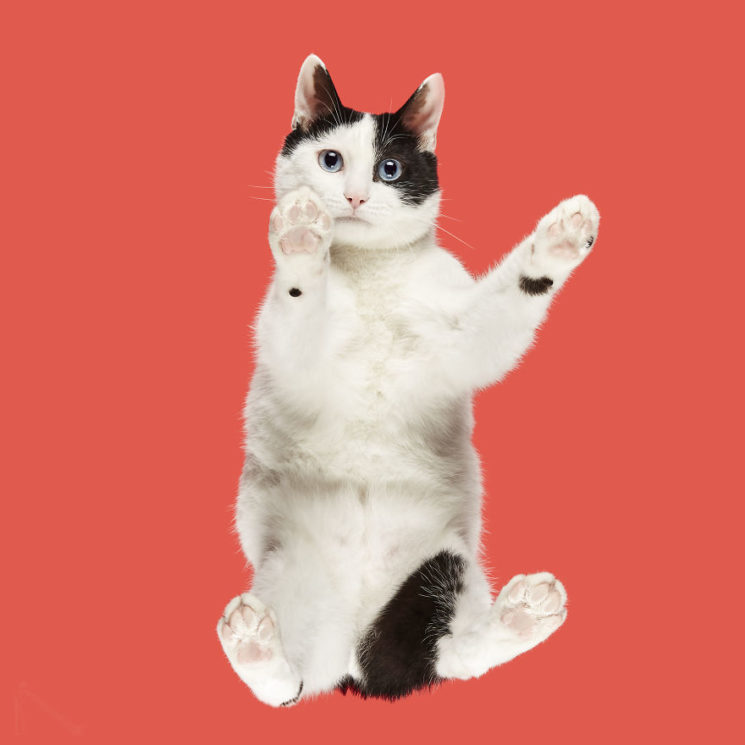 Switching out the standard black background for different coloured paper rolls meant a bit more work during the shoot. To maintain a perfectly flat surface when suspended above the animal isn’t easy, and lighting it evenly must have been a bit if a challenge, too. It also meant carrying around a lot more background rolls, too. 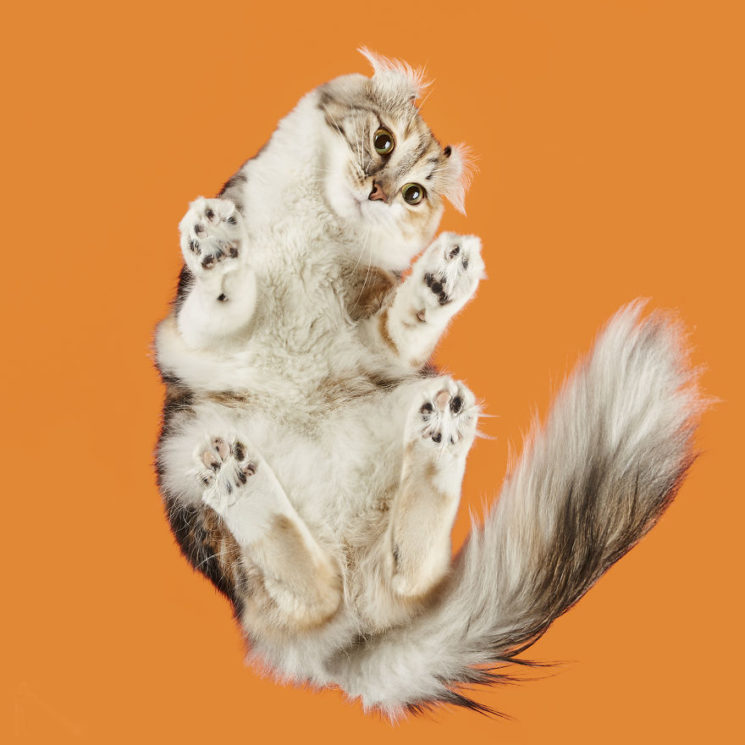 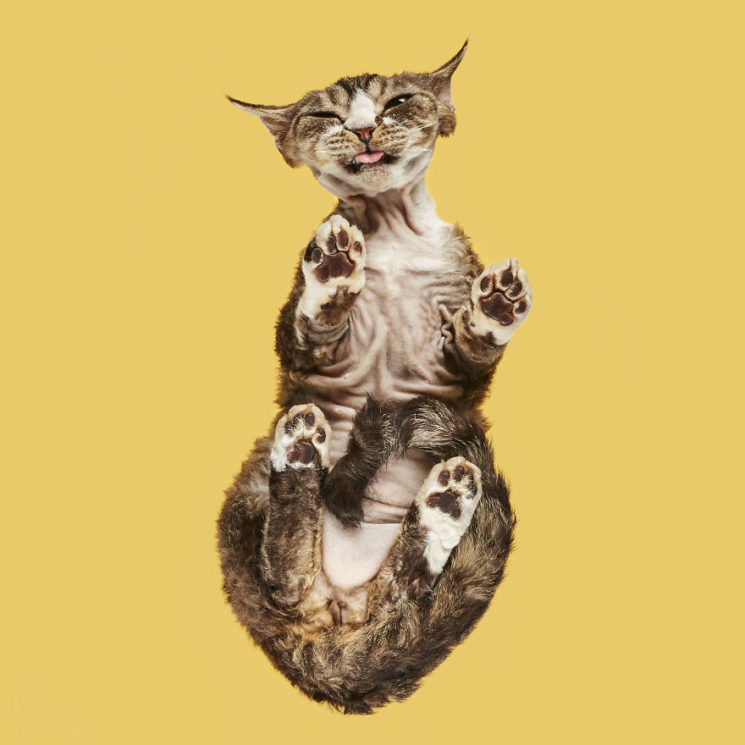 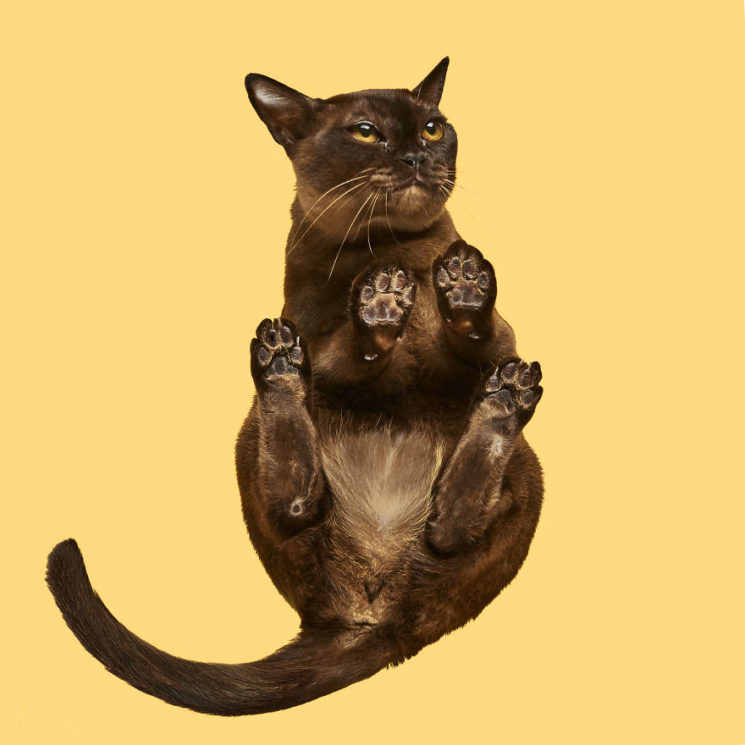 Even though I’m not a big cat person, I am a “big cat” person, and that Burmese looks just like its larger big cat cousins. I would love to be able to photograph one of those in the studio one day. The Bengal and Maine Coons look pretty photogenic, too. 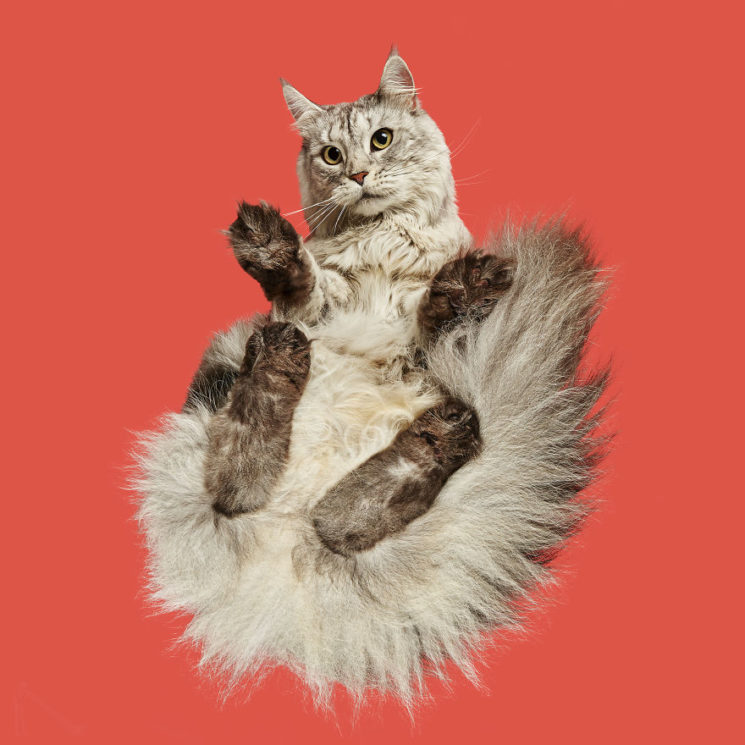 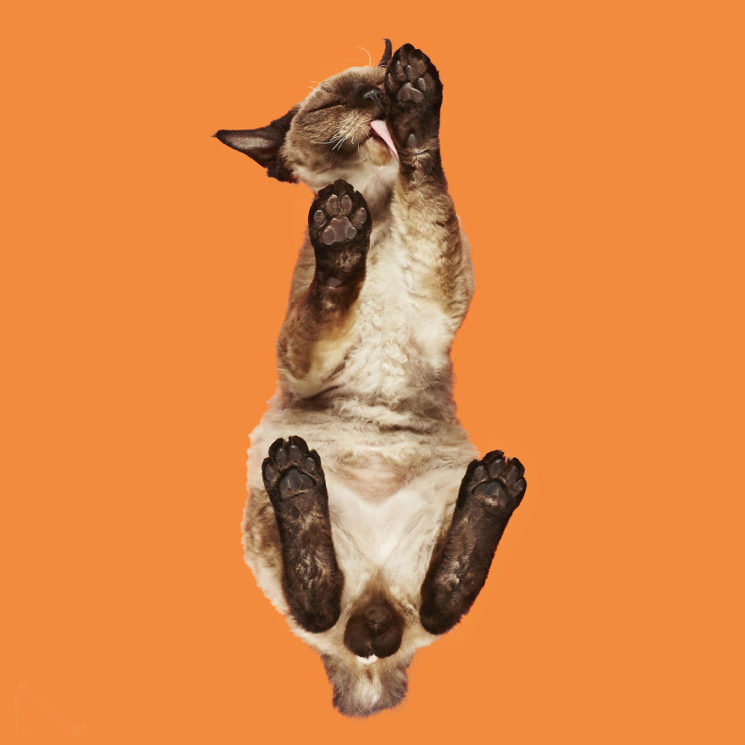 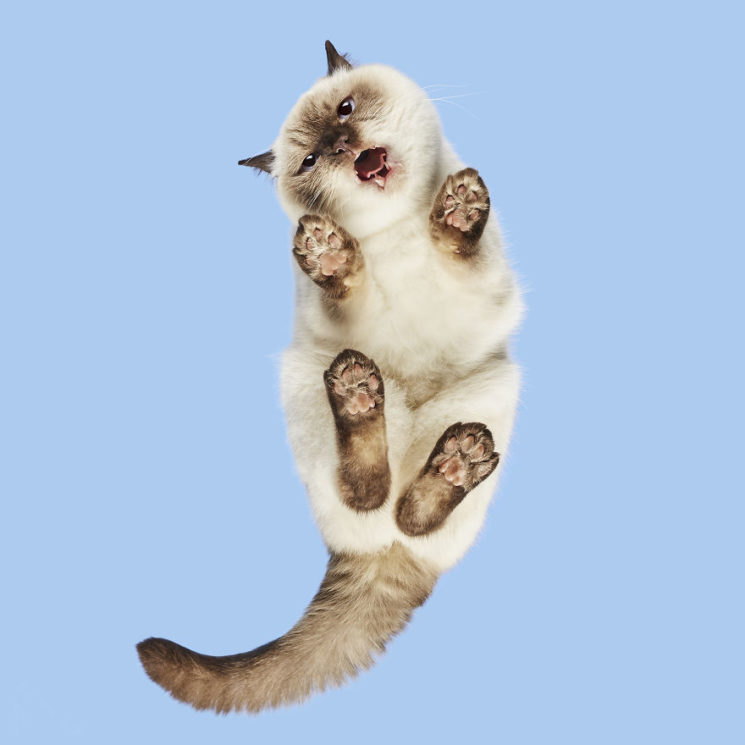 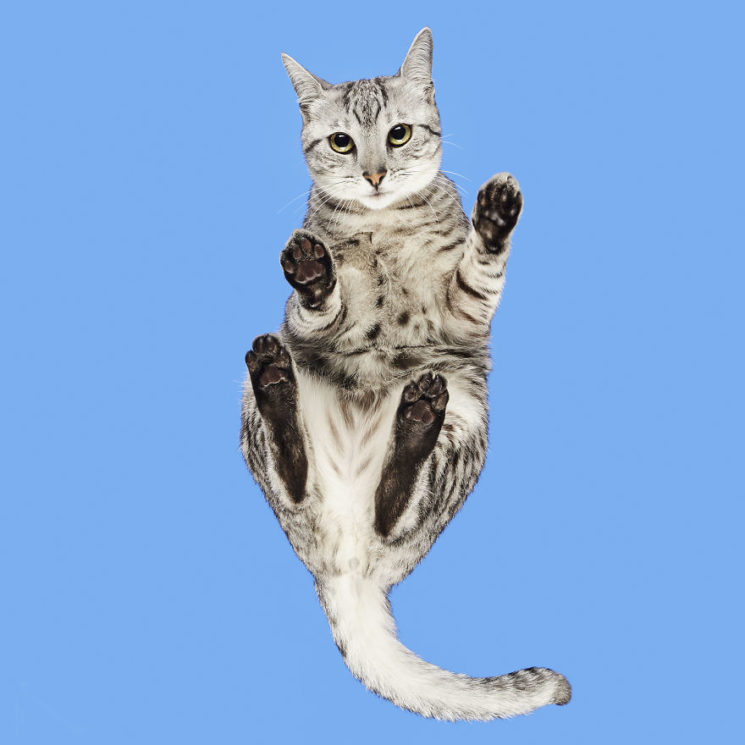 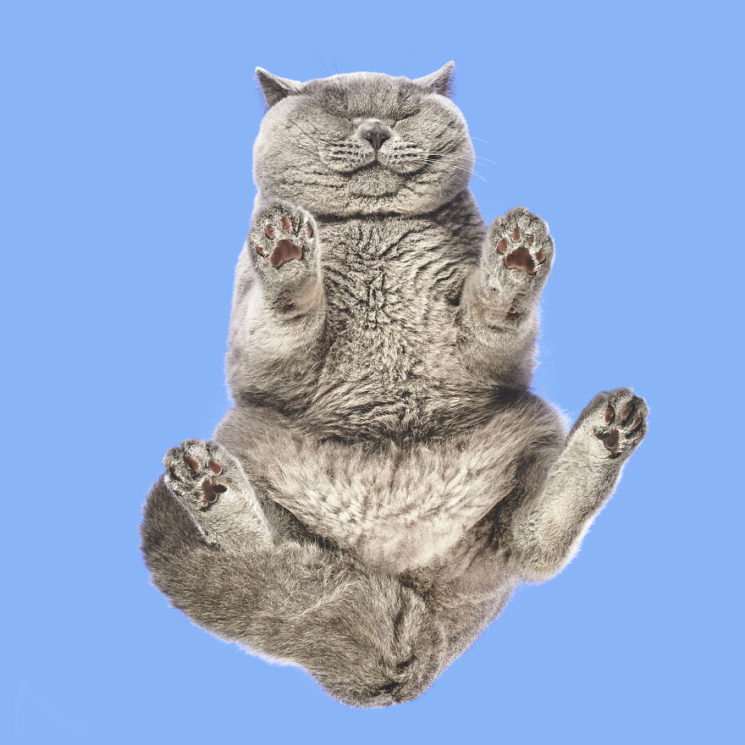 It’s a fascinating look at a very familiar creature in a different way, and it really gives each animal a very distinct “personality”. some look inquisitively towards the camera (or perhaps their own reflection?), some really couldn’t care less, and some obviously want to know why you’re bothering them and not pandering to their needs.

If you want to see more of this series of Under-Cats in colour, or want to see Andrius’ previous sets, head on over to the Underlook website. You can even get some of the cute critters on t-shirts and other gear. Also be sure to follow the project on Facebook and Instagram to keep up-to-date as Andrius adds to the project in the future.