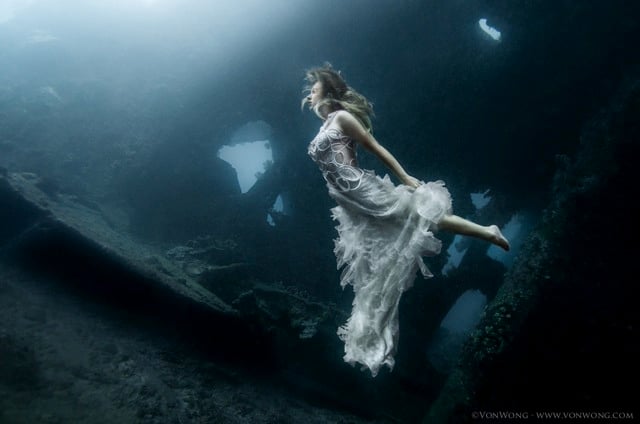 Taking a shoot underwater is not a trivial task. It is just as hard as any shoot but there is more pressure, it is harder to orchestrate, and it is harder to operate. If you thought that shooting in a confined isolated pool is hard, imagine what it is to shoot in the open ocean.

Photographer  Benjamin Von Wong experimented just this in a recent shoot in a ship wreck in Bali. Ben shares some of the challenged that he faces when shooting underwater: “when you’re shooting 25 meters underwater and your model tied to a 50 year old shipwreck in the middle of Bali where the slightest miscalculation could spell disaster“:

In a  two part blog mini-series Ben breaks down the shoot into it core elements. While this part in more of an introduction to the shoot, I think it holds advice bigger than the technical stuff that will come out on the second blog: Make Beep That You Love! Work With People Who Love The Beep That You Do! Make Good Beep.

You can see the results below: 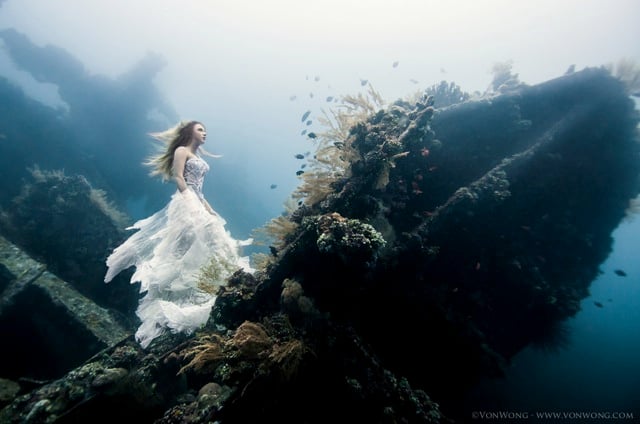 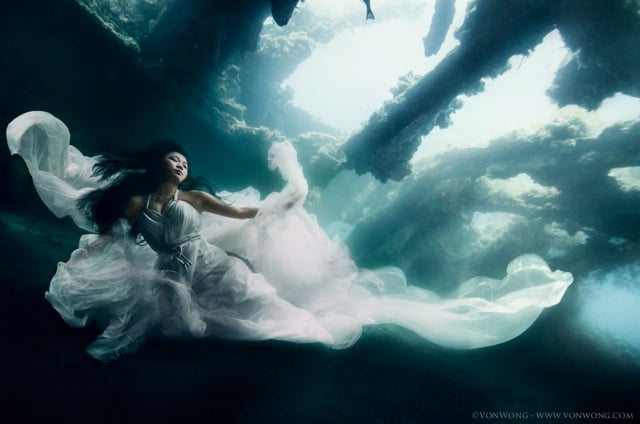 You can read more on the shoot on Ben’s blog.

“If you love what you do, you’ll never work a day in your life.” FALSE.