A while back photographer Benjamin Von Wong was invited to the Underwater Realm set to take a group portrait of the actors and crew. 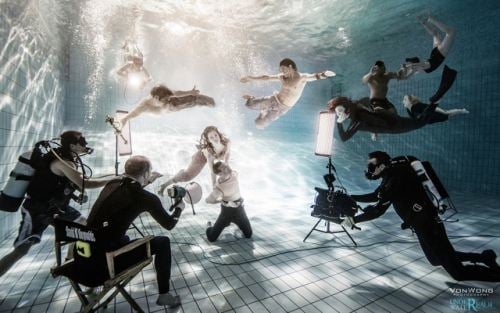 If you cringe at the thought of taking a big group shot, you would probably cry with the added difficultly of managing everything underwater (while being videographed by Erwan Cloarec) I was really unaware of all the added challenges of shooting underwater.

From water safety personal, through using weights to speed up descent to weighting down the wigs so they don’t float. It seems that everything we know as photographer has to be relearned for underwater.

The video and Ben’s post provide an interesting look into that world, as well as to some of the unique features of shooting underwater, like the inability to use radio slaves (which can be solved with optical wires), the “natural” depth of field that water provides and what’s it’s like working in the water in general. The BTS and more photos after the jump.

Here is how the underwater LED light look like, with strobes place outside the water as both key and backlight. 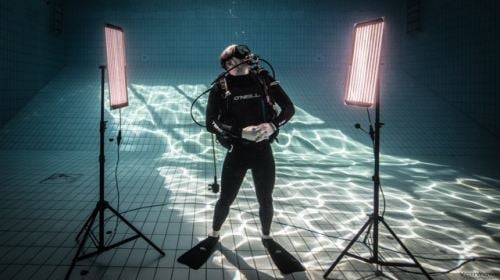 And here are some more photographs from that same shoot 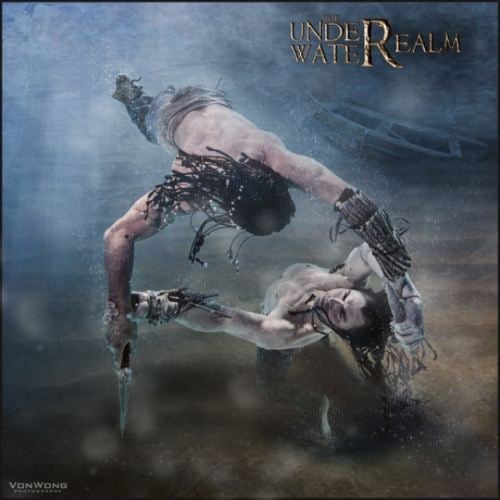 Lastly, if you ever plan on shooting underwater, I suggest checking out Ben’s tips for underwater shoots.

P.S. The Underwater Realm were pretty creative technically and shared a lot of the knowledge they amassed during the filming. We featured both their underwater Kinoflow setup and their video lighting tips and there is a whole day you can spend  on their <addictive>Vimeo BTS channel</addictive>.

P.P.S. The Underwater Realm has gone live as an internet series, check out their trailer below.