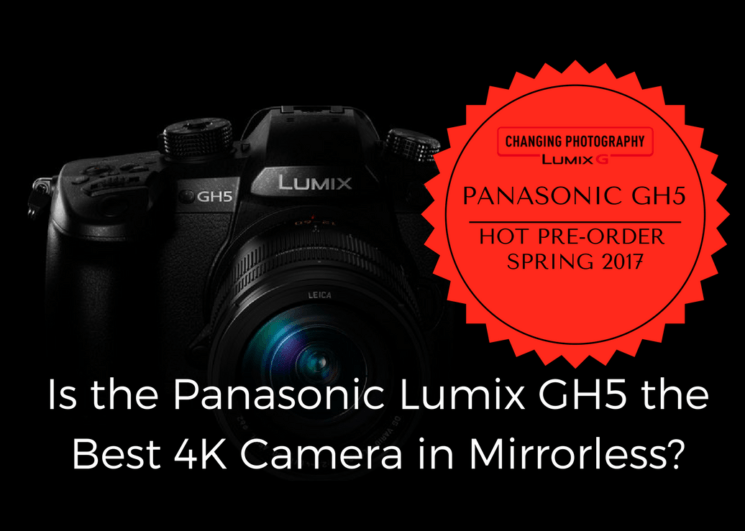 Back in 2009, I learned to shoot video on the now-classic Panasonic HVX200.

At that time shooting HD video to memory cards was pretty new in the video world. The HVX was released just a couple of years before the Canon 5d Mark II changed the whole video market. The HVX200 recorded SD (standard def) video to DV tapes, but 1080i recorded to Panasonic’s early flash storage, the P2 card. The problem was that our (only) 8gb P2 card could only store 11 minutes of HD video at a time at a cost of well over $1000! These days you can buy over 500gb of some of the fastest SD cards on the market for that for that much. 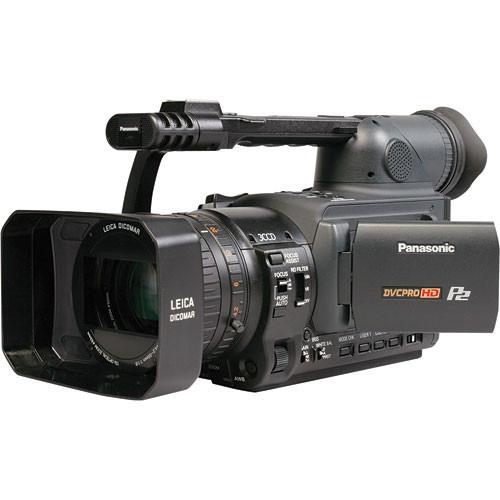 The Panasonic HVX200 was a great camera but Panasonic has taken digital video tech so much further.

A lot has changed since then

So, to find out if this camera is right for your projects, work, or hobby, let’s take a look at the new features one by one starting with some of the biggest features to be added:

For those serious about image quality in video, this upgrade is one of the most exciting. What that number/alphabet soup above really means is that more data is getting written to the memory card every second with less compression. Less compression=more data. More data=better color, more detail.

The really big news in all of this is not only the 4:2:2 4K 30p, but this is also the first prosumer camera to record 60 fps footage in 4K resolution. Videographers around the world can be heard cheering the fact that they no longer have to shoot their slow-mo footage at less-than-4K resolution. This will make editing easier and slow-motion footage look much cleaner and crisper.

There is a lot to all of this, and if you are interested in the nitty gritty of the 4:2:2 and 4:2:0 chroma subsampling, check this video out below.

One of the biggest issues I had with my first video-capable DSLR was the recording time limits. It is a long story of why there were these limits, but I am happy to say that these arbitrary restraints seem to be going away, and Panasonic is paving the way for others to enable unlimited record times. Another issue that most DSLR’s had with shooting video was an inefficient heat sink for video. Compared to shooting stills alone, video capture creates a lot more heat in the sensor and processor areas of the camera, leading to overheating of the camera in some situations. It has happened to me and it isn’t fun. It is good to know that Pansonic is paying attention to the fundamentals of what makes a camera more versatile.

Essentially every camera system on the market today uses some sort of image stabilization, so this may not blow your mind at first, but you have to use the Dual I.S. 2 to understand why this is such an advance. Most I.S. systems these days advertise between 3-4 stops of stabilization, and Dual I.S. 2 is rated at up to 5 stops of stabilization. What that means in real-world application is that this camera, when combined with an I.O.S. lens (like the Panasonic Leica DG Vario-Elmarit 12-60mm f/2.8-4 ASPH. POWER O.I.S. Lens pictured below) the result is rock solid steady shooting whether taking photos or video.

My experience with the stabilization in video and stills was very impressive. With a little concentration, a handheld shot can almost get as still as a locked off tripod shot. I would say that the stabilization is the best that I have used in any camera system, although that is an impression based on using the camera and not scientific testing. 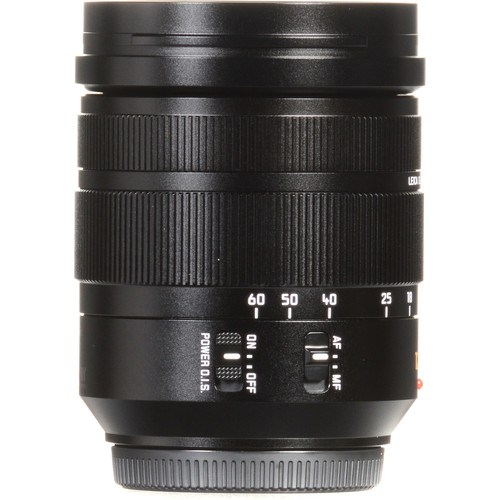 Panasonic Lumix lenses that have Power I.O.S. work with the in-body stabilization to make the GH5 at the top of the stabilization race.

These features illustrate the commitment that Panasonic has made to the prosumer market to ensure professional quality equipment. While many other cameras on the market will give you some pro features while leaving out other very important ones, the GH5 packs in all the things that make this camera different from you average 4K digital camera.

If you used a GH4, you will feel a little difference in the body. It is a little bigger, a little beefier, and feels a bit more solid. It feels good to know that when you invest in a digital camera that it feels like it can take some licks and keep on ticking. No one wants to miss a shot because they were overly worried about their gear getting damaged. The magnesium alloy frame makes this camera resistant to bumps and bruises and the weather sealing ensures that no water or dust damage put your gear at risk.

Full sized HDMI means no more adapters and/or mini-HDMI cables making the connection between a monitor and the camera much more stable. Dual SD slots may be an obvious advance to some, but it is crucial with a camera that has no record limits and shoots 4:2:2 to an internal memory card. SD cards are now available in up to 512GB, which should enable shooting for as long as needed without being restricted by memory.

While this camera is heavily geared toward video shooters, Panasonic unveiled an all-new sensor for the GH5 with increased resolution from the GH4 and the removal of the low-pass filter. In my opinion, the image quality from the new GH5 sensor is some of the best in the compact camera market and most likely the best in Micro Four Thirds. We’ll have to see what the labs say, but I was very happy with the exposure latitude, sharpness, and color coming out of the files. 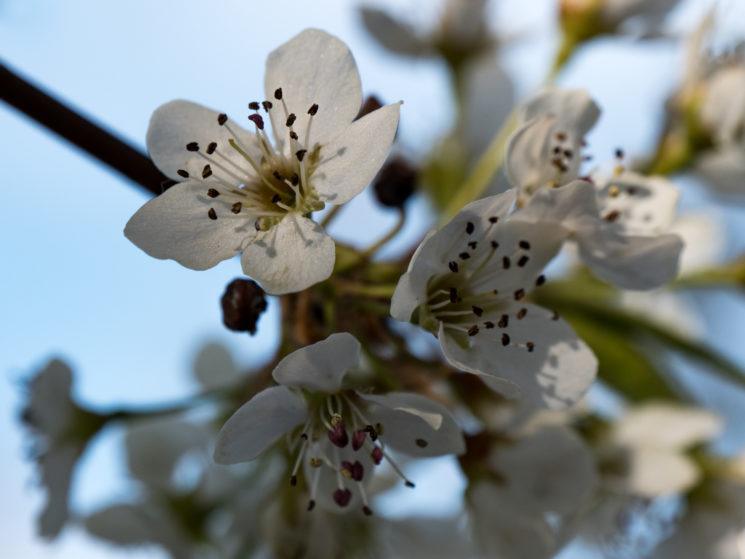 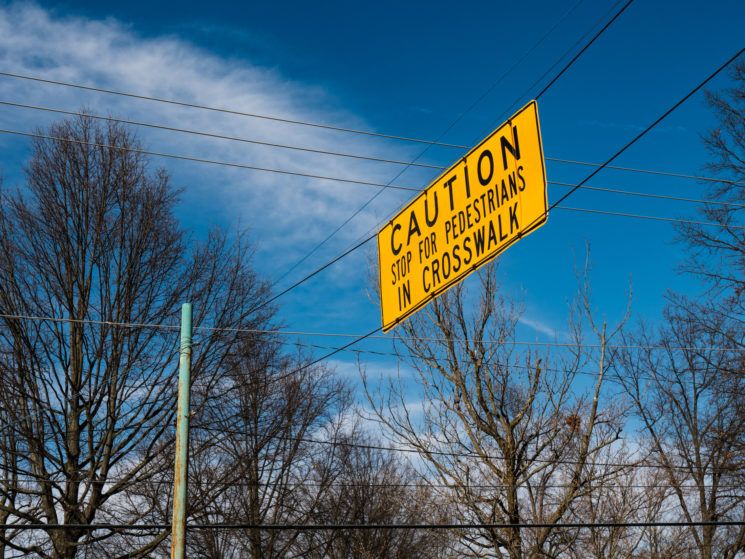 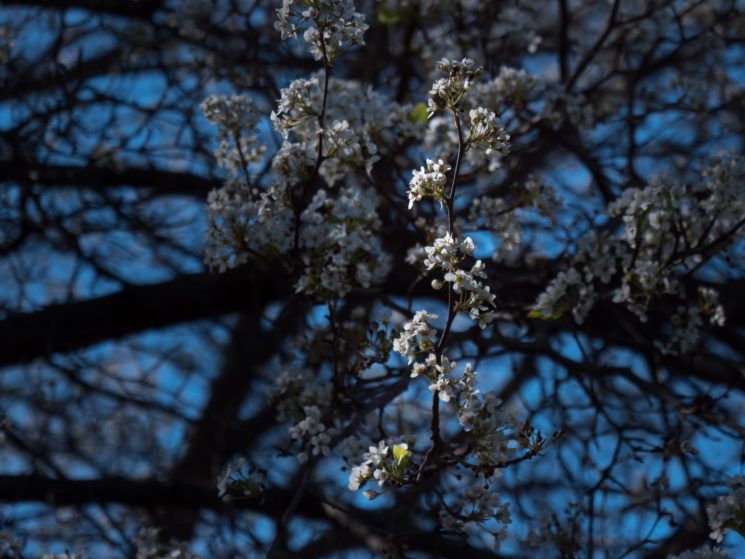 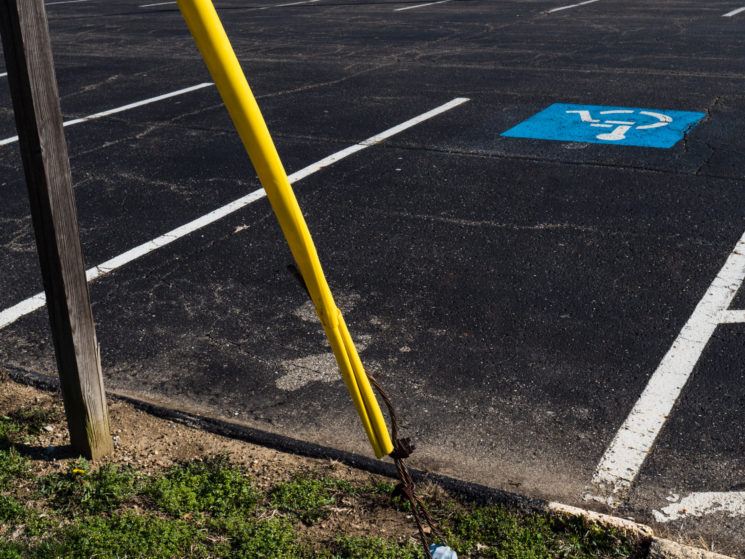 I think Panasonic was very smart to make the GH5 such a capable still camera, considering the amount of “Hybrid” photographers out there shooting both stills and video. A lot of don’t want separate video and still cameras, and this is definitely a camera that does both.

The black and white looks great, too, which is a dealbreaker for me if the B&W doesn’t stand up. 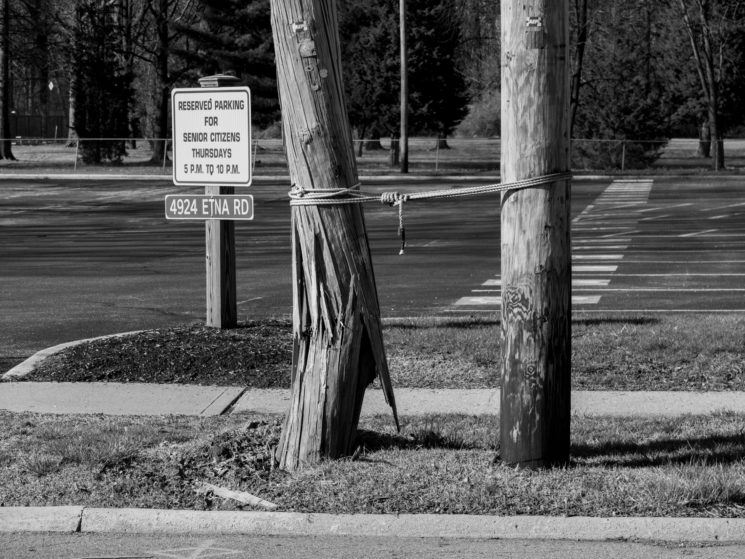 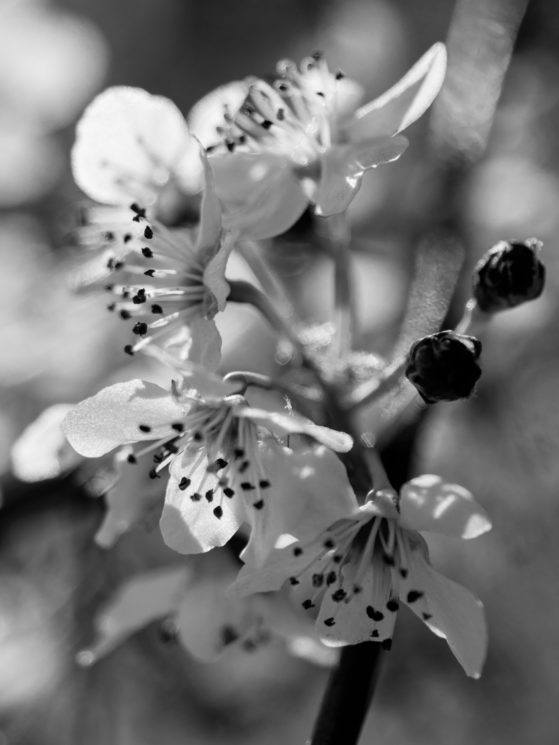 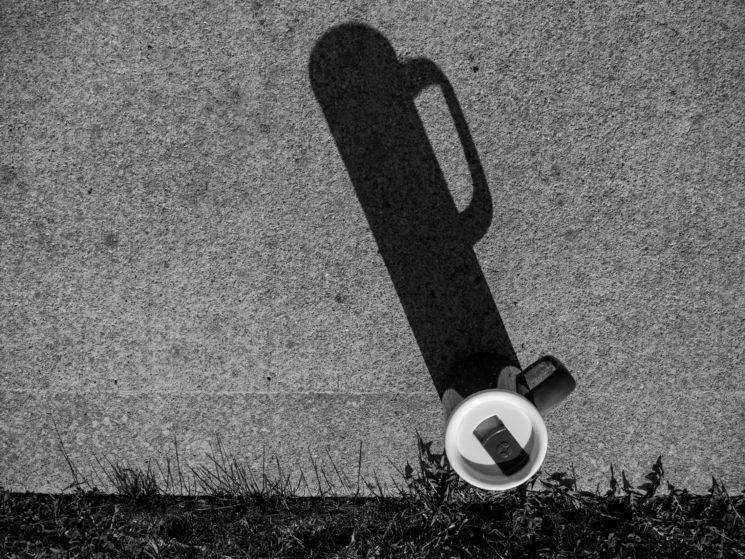 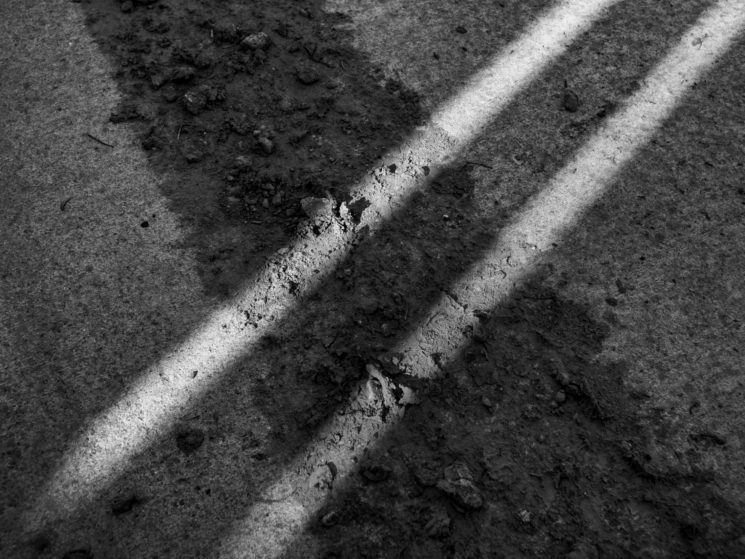 One small caveat for still photographers is the removal of the pop-up flash to make way for a better in-camera microphone. For some this will be a minor bummer, although for most I suspect they will not care one bit about losing a flash that most will never use.

Autofocus has been improved and seemed to work pretty well. I must say that I didn’t notice any mind blowing speed out of this camera in the AF department, but that doesn’t mean it’s not fast- it is. Other mirrorless cameras like the Sony a6500 and the Olympus OMD EM1 Mark II are leading the way with AF, but the GH5 doesn’t disappoint. It may not dethrone a6500 for fastest or best AF, but it is a big improvement and seems to work consistently and accurately.

The ISO expansion to a max of 25,600 is a welcome improvement from the GH4, allowing around two additional stops of sensitivity before getting too noisy for me. Overall, I was very impressed with the High ISO capability and I think we are well into the age of the low-light camera even when you are using a smaller-than-full-frame sensor. Check the video below for low-light shooting at 25,600 ISO.

These features have become almost expected on a camera in the Prosumer range, although they are extremely important for ease of use and the user experience of the GH5. The EVF is ‘better than optical’ as far as resolution and features, the back touchscreen is fantastic and bright, and the new joystick on the back of the camera is a welcome addition for most any shooter I have talked to.

Check this out. Great focus pulls, with no help and no extra equipment. I used this and really enjoyed it. If you have ever tried to get accurate and fast focus pulls, you will know right away how this feature could help your videos have a more professional and plished look!

So there is a lot going on in this camera and it is just about all good. My initial impressions on this camera were very good, so good in fact, that I believe that this may be the camera to buy for just about anyone seriously interested in video and wants to make an upgrade to 4K. It is easy to use, intuitive, great in the hand, compact but not small, and has everything that shooters have been asking for. Image quality for stills is there (a must for me) and every feature that I looked for was there.

The GH5 feels like a very complete camera, although for some it may not be perfect. For example, for landscape and product photographers 20mp may not be quite enough. Shooters looking for a tiny/compact camera will find that this camera is closer to a small DSLR than a compact mirrorless camera. Also, this will likely be a camera that ‘stills-only’ shooters would stay away from because of the heavy-lean towards video use. AF speed on the GH5 will not likely beat the current AF kings, but it will be plenty of speed for most shooters.

That leaves us with…

The big question: I already have a GH4, is it worth the upgrade?

The short answer is yes. This is not just an incremental upgrade from the GH4, this is a jump into the future of video capture. I think the GH5 is one of the best buys this year for both pros and enthusiasts alike. For someone just getting into video this camera could seem to be very complicated, but for me, the camera hit all the marks. I can imagine that most every videographer out there would be happy to have this camera in their bag, from newbie to high end pro. For the newbie it is a great first entrance into the 4K video realm, and for Pros, this is an almost unbeatable second or small unit camera.

There simply is no other camera that can match the GH5 in features for the price. Probably my early vote for best value 4K camera.

Panasonic isn’t done there either. They have released a schedule for firmware updates that will enable even moredPro-level video features: 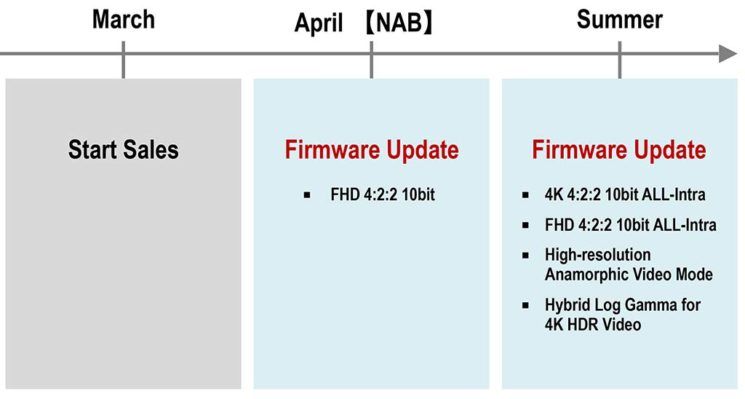 Pre-order or find out more about the gear used in this article below: