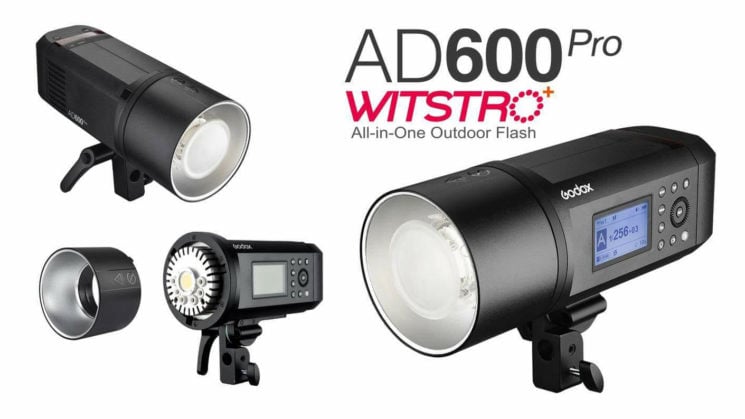 Back in October, we reported that this would be on the way, a new Godox AD600 replacement. Now it seems the rumours were true, although there isn’t been an official announcement. Godox accidentally leaked it early this morning by publishing the new product’s page to their website.

That product is the Godox AD600 Pro, and it has a couple of quite significant upgrades over the current model AD600. While the actual 600Ws power consumption doesn’t change, the bulb design could potentially result in almost a stop more power. It has a full power recycle time of less than 1 second, and the modelling light gets brighter by almost two stops.

The product page only appeared on the Godox website for about half an hour, but thanks to our friend Yvens Banatte, we have screenshots.

So, a quick rundown of the specs side-by-side with the AD600… 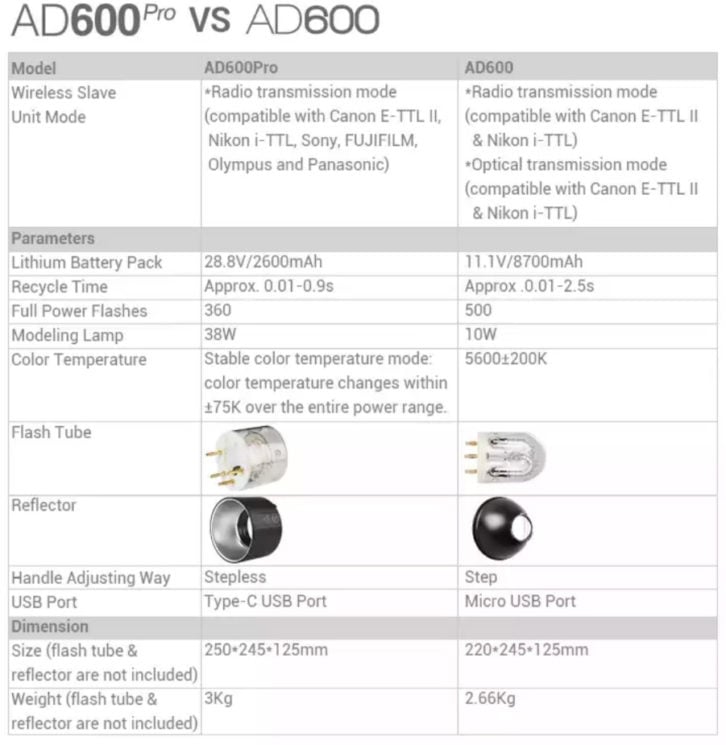 A couple of significant upgrades. First, the recycle time has been improved drastically, dropping from 2.5 seconds at full power to a mere 0.9 seconds. Secondly, the modelling light has seen an almost 2 stop (in theory) boost in output, going from 10W to 38W. The dim modelling light was one of the big complaints from AD600 users, and most would opt to simply not use it at all.

It now features a stepless handle for adjusting the angle of the light. The USB port has been upgraded to the new, more substantial Type-C socket. The colour temperature throughout the power range is a bit more stable, too. One significant change, though, is the design and placement of the bulb. No longer is it recessed, which should theoretically result in an increased light output of potentially up to a stop (although probably closer to 2/3rds). 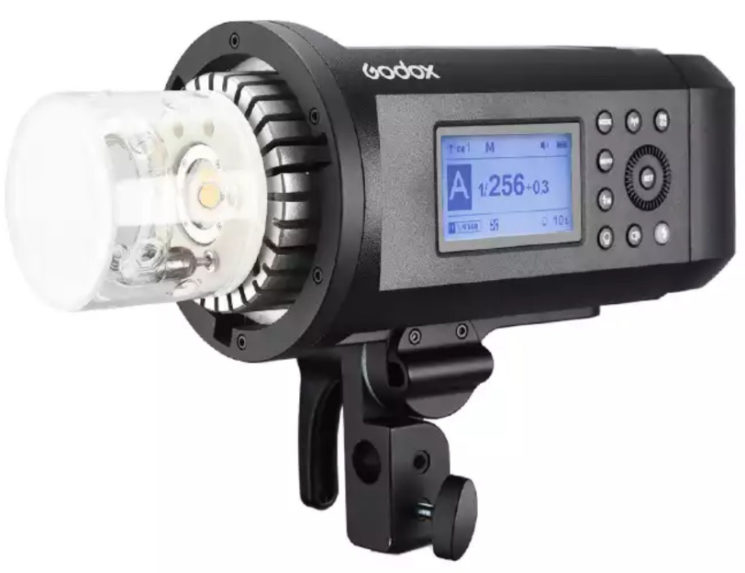 But, while that battery is lower capacity overall, the higher voltage with a lower current requirement means that it has really brought down those recycle times. The AD600 full power recycle time is 2.5 seconds. The new AD600Pro recycle time at full power, with potentially more actual light output, is a very rapid 0.9 seconds.

As with the Godox AD600, the AD600Pro comes with an AC power adapter, the AC26, for when you want to use them in the studio. The website didn’t explicitly say that the AC adapter isn’t included with the strobe, but appears to be a separate purchase. Two other accessories do say “separately sold”. Those are a new portable extension head, and a handle.

Like its predecessor, it’s a Bowens mount light, which utilises all of the modifiers that the existing AD600 does. But the head has had quite a redesign. No longer is the bulb recessed, the flash tube itself is a more traditional circular design, and it houses a much more powerful modelling light. 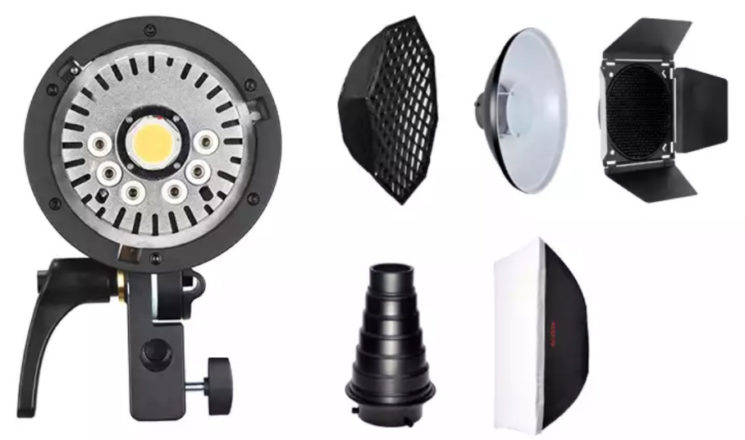 Included in the box are the flash unit itself, a flash tube, the battery pack, battery charger & power cord, a new design of reflector to account for the umbrella holder, and the instruction manual. There’s no word on an actual release date yet, although I would imagine it would be quite soon. Also no news on price, but we’ll let you know as soon as that’s announced.

Although the product page no longer appears on the Godox website, thanks to the magic of screenshots & Dropbox, it is still avaiable. You can check it out here.

Update: It looks like Adorama have the AD600Pro available for pre-order. Of course, they call it the Flashpoint XPLOR 600PRO TTL. It’s $899. $150 more expensive than the XPLOR 600 TTL. Not a terrible price difference for 0.9 second recycle times.