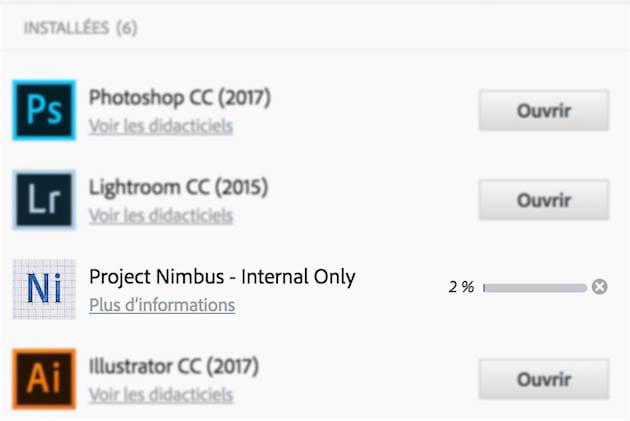 Last year, Adobe announced a new photo editor called Nimbus, which is basically like Lightroom but stored on a cloud. The beta version was planned for this year, but Adobe accidentally leaked it to their creative cloud users before the actual release. The guys from French website MacG downloaded it and shared some details of the new Adobe app that’s yet to be announced.

The Nimbus photo editor can be used on Mac and Windows, and its main goal is to enable users to switch from mobile to desktop editing and the other way around. Both the raw and the edited images are stored in a cloud. Judging from the video presentation, Nimbus resembles the mobile version of Lightroom.

As 9to5 Mac reports, translated from MacG, this app heads towards the goal of editing photos anywhere and storing everything on the cloud. Therefore, the cloud storage has been significantly increased:

This leak tells us something new: Nimbus users have 1TB of storage in the cloud. This is much more than the 20 GB usually offered to Creative Cloud subscribers.

Another improvement is made over keywording the photos:

Adobe highlights the search engine that is able to automatically recognize the content of images. No need to manually tag each of its shots. The development version does not include French, but the English searches give good results.

Of course, Adobe quickly noticed their mistake and revoked the app from the cloud, but for now, we know a few new details about it. According to 9to5 Mac, Nimbus is intended to be a supplement to Lightroom rather than its substitute. It provides a simplified interface of the features most photographer use in their workflow.

I certainly think this app might be useful and enable you easier and more efficient editing process. However, I hope Adobe will soon focus their energy on fixing performance of desktop-based Lightroom, instead of creating and developing a simplified mobile version of it.

Adobe Leaks Themselves with Lightroom Mobile 2.0 for Android. Still not available

Adobe ditches the desktop and moves Lightroom CC into the cloud