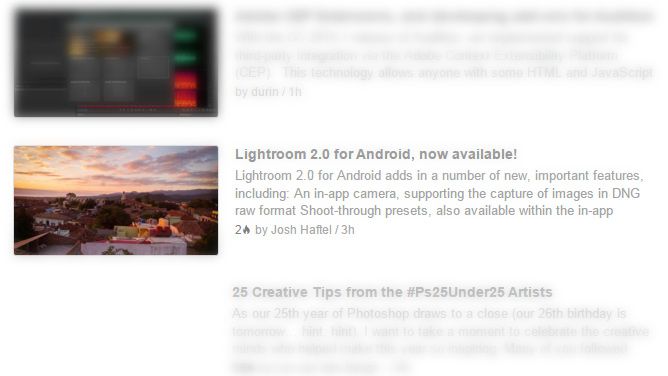 An interesting teaser from the Adobe Blogs popped up on my news feed briefly last night, stating that Lightroom 2.0 for Android had now been released.

Listing several cool new features, I thought this was worth a look, only to discover that the actual post on Adobe’s website did not exist, nor did any reference to it in the Adobe Blogs index. 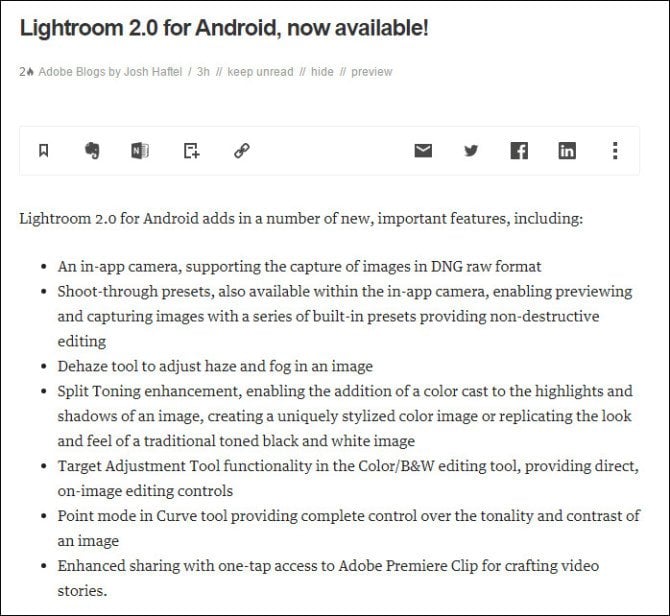 Those first few features particularly jump out at me.

Lightroom Mobile has had DNG raw support for a little while now, but the addition of a built in camera into its app is an interesting one, and a practical one to help keep everything self contained.

While the camera part of the app will no doubt be available to all, the DNG saving capabilities will presumably only be available to those devices which support Android’s Camera2 APIs.

There are, of course, other camera apps out there that support shooting in DNG format, and most of them are pretty good, but if you’re searching for “Free!” there aren’t many solid options.

Regardless of whether or not your camera supports DNG, the live preview of filters while shooting will be a handy feature for many.

That’s right, folks, Lightroom Mobile is apparently receiving the same dehaze feature that the desktop version introduced to us a few months ago, and I don’t know about you, but that’ll certainly come in handy for me.

I use both iOS and Android devices, but when it comes to their camera capabilities, I primarily use them for location scouting.

The built in GPS features found in pretty much every smartphone available these days are invaluable to me when looking for new locations to shoot, as it means I might actually be able to find them again in the future.

The images on these initial trips, however, often end up looking rather pale and faded due to the foggy, hazy, dull, and rainy days that the lovely British weather systems like to provide for us.

The preview further stated that…

The link mentioned to Colby Brown‘s blog also results in a “Page not found” error, so presumably the two posts were designed to coincide in the event of a final announcement.

“His photos below” that we’re implored to check out do exist in the preview, but unfortunately we are unable to share those here.

While the link in the final screenshot above takes you to the the link to Lightroom on Google Play still lists 1.4 as the current version.

Hopefully, version 2.0 is not too far away, and somebody got a bit eager with the “Publish!” button a little early.

Like Adobe, we’d also love to hear your thoughts on Lightroom Mobile.  Do you use it?  If not, what do you use to organise and process your mobile photography?

Which of the features above are you most looking forward to?  Which Lightroom Desktop features do you think they still need to add that don’t already exist in Lightroom Mobile, and aren’t mentioned in this update?

Let us know in the comments below!

« A Spectacular Portrait Series Showing The Sportsmen And Women Of The 1900′
Bowens Pulls Out Of The Biggest Show In The UK. Could Indicate Trouble For The Lighting Company »