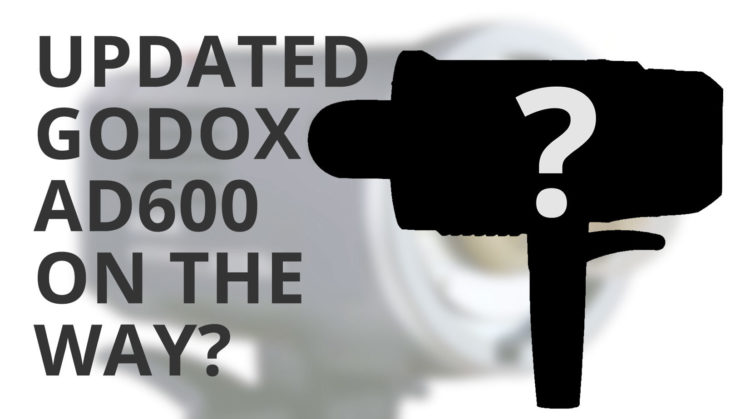 Yes, this is just a rumour, but the clues do suggest that it may turn out to be true. Prices for the Godox AD600BM (and its various rebrands) have been dropping pretty drastically lately. Typically available for $595 in the USA, I’ve seen them as low as $399 in the last couple of days.

Usually when this happens, it means that Godox are about to announce a new product that will compete heavily with an existing one, and the retailers know something.

A post to a group on Facebook today also suggests that something new may be on the way. This was posted after the OP received a message from his Godox supplier. A supplier who strongly suggested that he save his money and wait until after Christmas before buying anything. 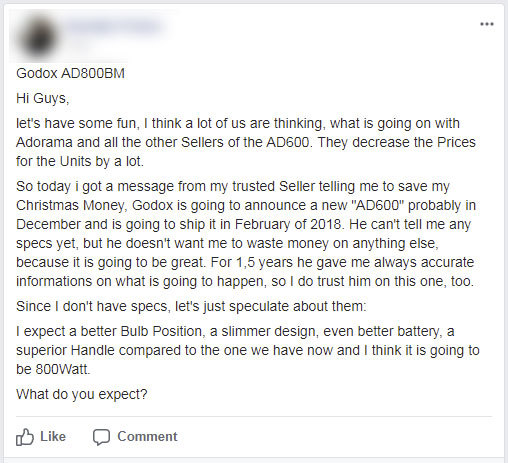 And it doesn’t seem to be just a random Amazon sale price, either. It’s also listed for $399 on the Adorama website. If the post to Facebook is to be believed, then we may see an AD600 replacement announced within the next couple of months, with availability beginning in February 2018. 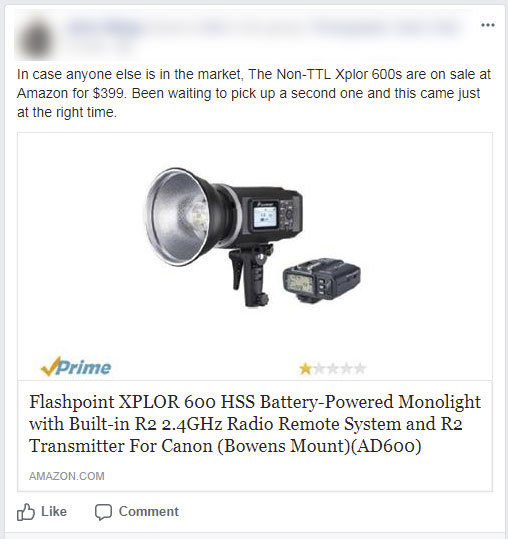 I saw this happen earlier this year with the Godox AD360II around the time of the AD200 announcement. Retailers knew that AD360II sales would drop once the AD200 hit the market, and they did. So, they reduced them to clear stock before the AD200 was released. It worked out great for me, though, I got a pair of AD360II for around 60% of their regular price (which has since slowly crept back up).

I’ve also seen a couple of other people “accidentally” type AD800BM this week in posts, too, when they mean AD600BM. It could simply be co-incidence. But, perhaps they know something that the rest of us don’t and they just slipped up.

An bump in power, and a little more streamlined design would definitely make an AD600 replacement more appealing to me.

We have reached out to Godox for comment and will let you know if we hear anything back.

« We are giving away a gorgeous Lomography Daguerreotype Achromat 2.9/64 Art Lens
Yashica announces Y35, a digitized version of Yashica Electro 35 »