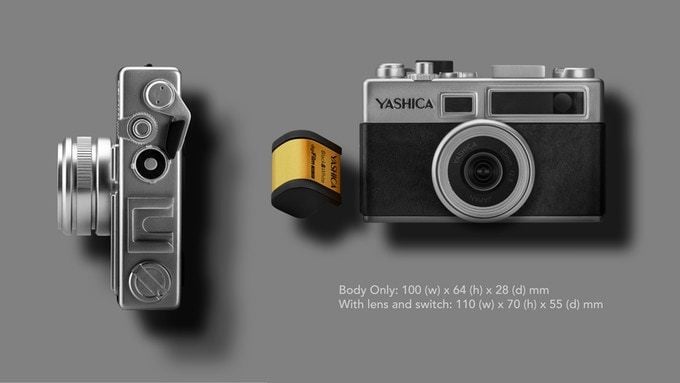 Legendary Japanese camera brand Yashica has recently announced a comeback. After a series of teaser videos, they have finally launched the Kickstarter campaign. The camera they are making is called Yashica Y35, and it’s a pretty unusual blend of the analog and the digital.

Yashica Y35 features the same design as the Electro 35, but on the inside, it’s quite different. It “recaptures the joy and meaning of analog photography,” but turns it into digital. Their campaign says “expect the unexpected,” and indeed – this is quite an unexpected camera. And in many aspects a pretty cool one, too.

Yashica Y35 camera features a with an entirely new system – digiFilm. You load it into the camera, but you don’t need to develop it. Instead, the photos are in digital format and stored on an SD card. And what does the film do? Well, it controls the look of the photos, to put it that way. There are four types of digiFilm at the moment: ISO 1600 High Speed, ISO 400 Black & White, 120 format of 6×6 images, and ISO 200 Ultra Fine. According to the campaign, there are more digiFilms coming. So, when you load the film, it determines the ISO and the look of your photos, just like the real film. And I guess it gives you the feeling of shooting with the good ol’ Electro 35 since it even requires a brief pause to wind on the film before shooting. 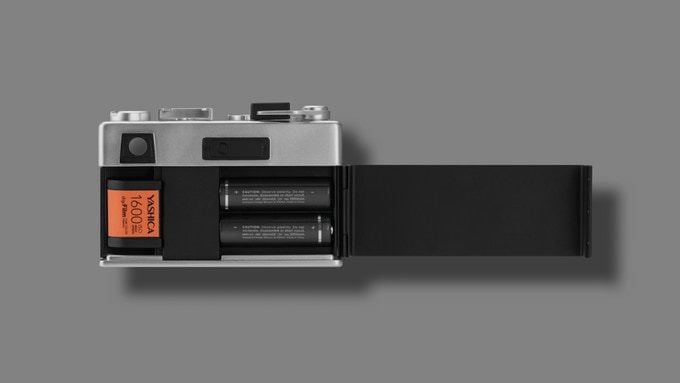 Although the photos are shot and stored digitally and the film isn’t really a film, there are other features that make this camera analog more than digital. There is no review screen or delete button, which means – no hiding from mistakes. As the campaign states, “Using YASHICA Y35 is a journey to the truth.”

Here are the complete specs of the camera:

You’ll notice that Yashica Y35 has a lot of fixed or limited features, such as the aperture and the fixed focal length. You can also choose only between five shutter speeds. I assume all these limitations are frustrating if you’re used to modern cameras and the control they give you. But still, they could lead you to expanding your views, experimenting and just – playing.

This year, many legendary brands are making a comeback. Since Zenit is coming back with a full frame mirrorless camera, it seems that some users expected a similar move from Yashica, too. So, it seems the Y35 really is unexpected. Although this isn’t a professional camera that can compete with modern mirrorless or DLSR bodies, I think it’s an interesting project nevertheless. Call me a hipster, but I would definitely like to try it out and see how it performs.

As I mentioned, the Kickstarter campaign has been launched, and as I am writing this article, the number of backers grows evidently. You can pledge $142 for a package containing Yashica Y35 camera, one ISO200 normal color film, one ISO400 B&W film and aYashicaa digiFilm Post Card. There are other rewards available and you can check them out on the campaign page. And if you pledge for your camera and films – you can expect the shipping to begin in April 2018.

Watch how the infamous Yashica Y35 performs in real life