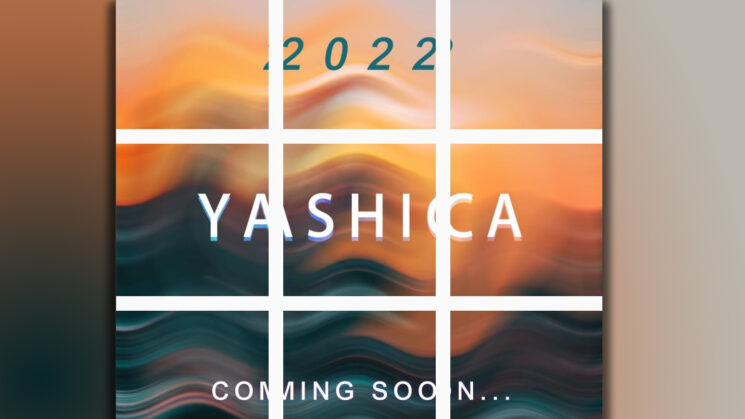 We know Yashica as a legendary Japanese camera manufacturer. But sadly, the more recent gear launched under this name didn’t exactly live up to its reputation. We probably all remember the Y35 DigiFilm fiasco. However, Yashica didn’t get discouraged and it has just teased a new product.

Yashica posted a photo grid on its Instagram reading “2022 Yashica coming soon…” Unfortunately, there’s no word on what we can expect. Is it a new film? Is it a new film camera? Or maybe another digital-film crossover? No one knows, and the company is apparently trying to build a hype. I have to admire its self-confidence.

In case you’re not familiar with the story, here’s a brief recap. Yashica originally produced cameras from 1949. In 1983, Yashica was acquired by Kyocera, who ceased the production in 2005. However, the Yashica brand reappeared in 2008, when it was sold off to a Hong Kong-based company called MF Jebsen Group.

In the late 2017, Yashica announced the Y35 DigiFilm camera, which raised the impressive $1.28 million on Kickstarter. However, as the first reviews started coming in, it turned out that the camera wasn’t exactly what the backers expected. Far from it, in fact. They reported multiple issues with the design and functionality, and the whole thing turned out a total fiasco.

However, it looks like this didn’t stop the company. On the contrary, it launched a 35mm film in 2019, as well as three new film cameras in April 2019. Despite pretty crappy reviews and complaints that it’s “cheaply made” and “flimsy,” the Y35 is still out there, available for orders. As far as the film goes, it’s labeled as “out of stock” on Yashica’s website and I can’t find it in other online stores.

So, it looks like we’re in for another disappointment announcement from Yashica in 2022. I actually hope it would be film rather than a camera. Or if it is a camera, I hope it will not be a cheap and flimsy plastic toy. I guess we should wait and see, and you let us know – what do you think it will be?