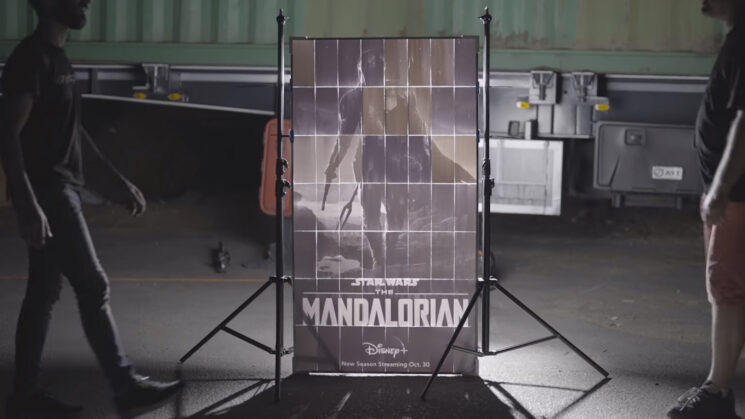 It’s not really a secret that we’re big fans of 3D printing here at DIYP. Whether it’s printing out handy gear that we’ll use all the time, functional workhorse tools, or making the cameras themselves, 3D printing is just a lot of fun and it’s worked the way into the lives of the DIYP team in a big way. And speaking of big, big’s where we’re going this time.

We’ve covered how to 3D print lithophanes on here before. They’re a way of creating a form that produces an image when you shine light through the back of it. The thinner parts are brighter and the thicker parts are darker, producing the contrast you need to see the image. Well, when Tronxy reached out to see if we’d like to try their Tronxy XY-3 SE 3D printer, a giant lithophane was what we knew we had to do.

Yes, technically, this is more like a movie poster than an actual photograph, but the principle of a lithophane is still the same. An object is printed with varying thicknesses so that when a light is shone behind it, the thinner parts are brighter and the thicker parts are darker to create contrast and let you see an image hidden in its bumpy surface.

This time around, we decided to use a site called ItsLitho to convert the flat 2D image into 3D STL files (3D models, basically) instead of the 3dp.rocks web app from our previous post about lithophanes. We also had to modify the files ItsLitho gave us a little bit to add support columns to help make the prints more reliable and consistent and set to work.

Printing a lithophane this large, even when made out of many smaller pieces is not without its challenges. For a start, each of these pieces is quite big. They’re all very tall and very thin, potentially causing them to collapse under their own weight while printing (which happened), accidentally running out of the brand of filament you started with and having to switch to another with only a little left to print (also happened), and then there’s also the matter of figuring out how to attach them together once they’re all done.

These aren’t the only challenges, either, as you’ll see in the video but if you can overcome them, they do all come together to produce a pretty awesome final result. And as for the printer… Well, it did its job pretty well.