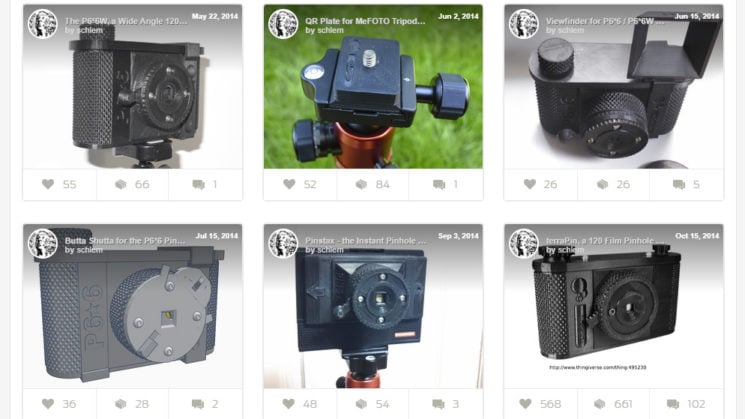 Regular DIYP readers will know that I’ve been researching 3D printing recently. My goal is to see how one might be able to help me with my photography and video tasks. Primarily  to keep things organised. There’s SD card cases, battery covers, lens cap clips, charging station doohickies and all kinds of goodies on sites like Thingiverse. But I also want to have some fun, too.

One photographic collection over on Thingiverse that’s particularly cool belongs to user Schlem. He’s created a whole bunch 3D printed pinhole cameras. Most of them are medium format but there are one or two large format ones, too. One of them is even stereoscopic. He’s put all the models up so you can download and print your own, and the results coming from some of these cameras are just amazing.

I’m not going to show off all of his creations here, you can head on over to Schlem’s collection to see the rest. But I am going to show you some of my favourites, and some that I intend to have a go at myself once I finally get brave enough. 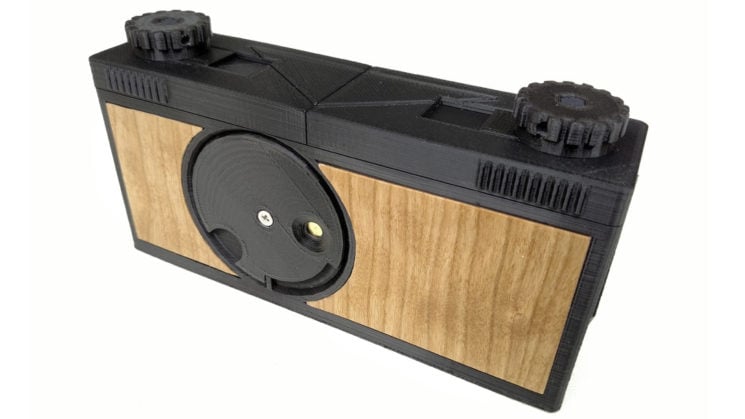 I love shooting medium format film. I’m a fan of relatively small cameras with big negatives. Schlem says that the terraPin OSKAR Tuxedo 6×9 pinhole camera is easy to print and assemble requiring a lock nut and bolt for the shutter, and a flanged 1/4-20 nut for the tripod mount.

It offers a 29mm focal length for a super wide 110° field of view with just a little bit of vignetting on the corners. Exposure charts for various films have been included in the files along with the models. And he’s also included SVG files to laser cut your own decorative panels. 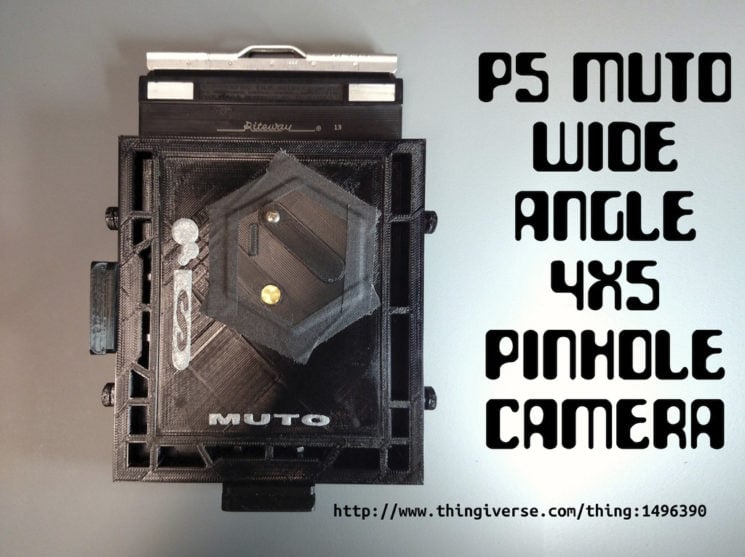 I did mention that I like my negatives to be big, right? This one is definitely going on my list of cameras to try once I don’t suck at 3D printing. Building a big pinhole camera is something I’ve attempted in the past. I made one out of foamcore long ago, and it did a decent enough job, but it didn’t last very long. I’d planned to eventually make one out of wood, which I still may do at some point, but 3D printing a large format pinhole camera sounds like a lot of fun.

What’s particularly cool about this camera is that the mount on which the pinhole resides can rotate in 60° increments. This allows you to move the “centre” of the image to other parts of the film plane, a little like the “shift” part of tilt-shift lenses. This can provide you with some very interesting perspectives. 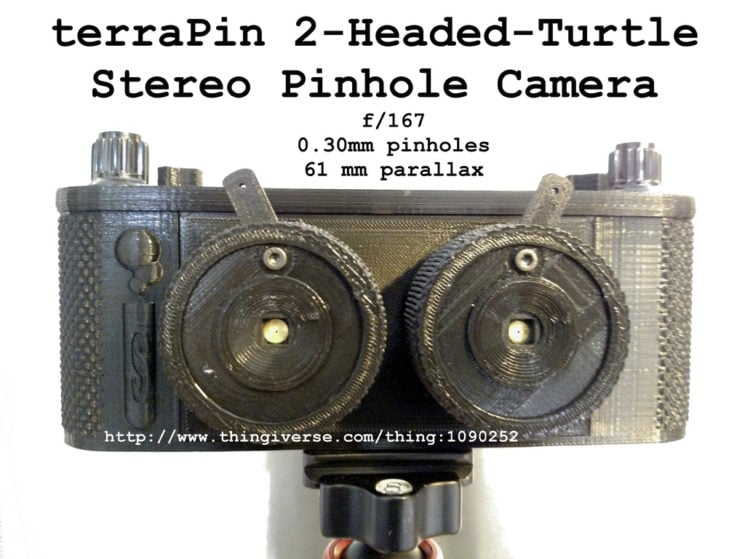 This is another one that looks like all kinds of fun to not only shoot with, but also build. Yes, that’s right, it’s a 3D printed camera that shoots 3D images. The whole idea of that just makes me laugh a little inside. It’s something I absolutely have to try at some point.

The 2-Headed-Turtle is based on his earlier terraPin 6×6 design. It uses 120 format film and makes two 56x56mm exposures side by side simultaneously. It has a focal length of 50mm and meters f/167. 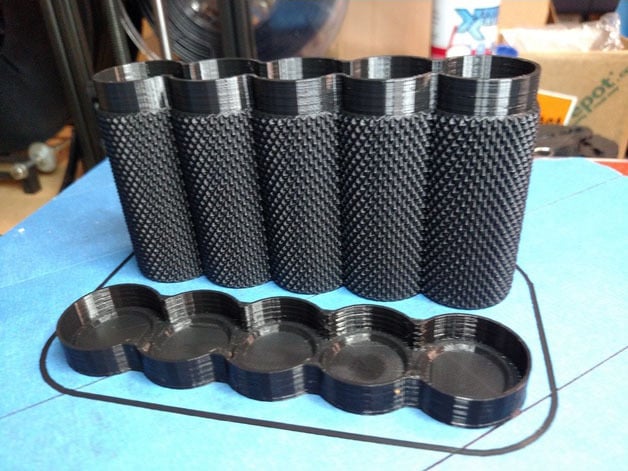 Not everything Schlem designs is a camera. Sometimes they’re handy accessories to help make your life a little easier. One such accessory is this 120 film case. It holds five rolls of medium format film, which is a lot less hassle than having them just rolling around loosely in your bag.

And this is something I could probably have my Magician print right now, even with my limited 3D printing abilities. I think once I get to the cameras, though, I’m going to need to get a something a little larger and better suited to the task.

I wouldn’t have known about these items at all, had Schlem not visited DIYP and recently commented on this post from way back in 2014. So, thank you for that, Schlem!

If you’re even slightly interested in 3D printing your own camera, or even if you’re just curious, then check out Schlem’s Schlaboratory Photo collection on Thingiverse. And be sure to check out his other designs, too. Some of them are not only interesting but amusing. If you want one of Schlem’s 3D printed pinhole cameras, but don’t want to have to deal with the headaches of 3D printing, he also has an Etsy store where you can buy complete cameras.