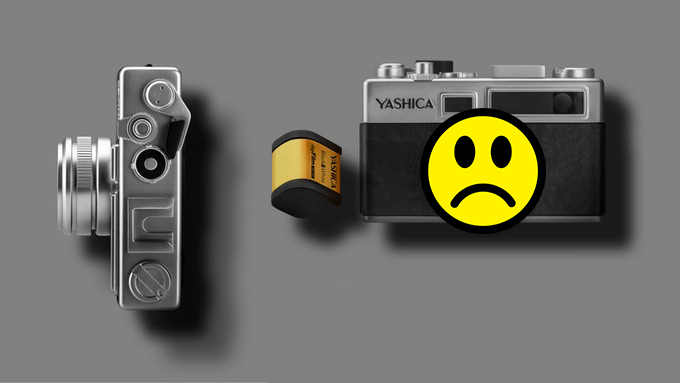 When Yashica announced a comeback, many fans of the brand rejoiced. With the interesting concept of the “digital film roll” and the design of the old Yashica Electro 35, Yashica digiFilm Y35 raised an incredible $1.28 million on Kickstarter. The future looked bright. But now, as the company is shipping cameras to the backers, issues with the digiFilm Y35 are emerging, leaving people angry and disappointed.

Back in May this year, Yashica introduced a couple of updates to the digiFilm Y35. Still, it seems like this wasn’t nearly enough to make the camera usable, according to the comment section on the Kickstarter campaign. The backers are angry and disappointed for two reasons: some of them hate the camera – and the others haven’t even received it yet.

In the comment section, there are plenty of backers reporting that their cameras haven’t been delivered yet. Many of them are asking for a refund, and they say that Yashica has never responded when they wrote emails of complaint.

Unfortunately, those who have received the camera aren’t satisfied either. These backers are extremely dissatisfied with the build, especially considering that the campaign was referring to the old Yashica cameras, which were far sturdier.

Judging from the comments, it looks as if the build isn’t the only problem; the digiFilm Y35 doesn’t work properly either. Reportedly, the shutter doesn’t work reliably and doesn’t take a photo every time that that you release it. Also, the B&W digital film takes “weird color photos” instead of shooting in black and white. Disappointed with the digiFilm Y35, the backers have described it as “a piece of junk,” “massive disappointment,” and “an inferior plastic toy.”

The Phoblographer writes that the Yashica behind the digiFilm Y35 has nothing to do with the iconic Japanese company, but is instead a Hong Kong-based group which simply “picked up the brand name.” And judging from the comments on the Kickstarter campaign, this looks like a complete scam.

When the digiFilm Y35 first appeared on Kickstarter, I thought the concept was interesting. The camera was something I’d try out and play with. I believe many backers thought the same, considering how much money the project raised. Unfortunately, it looks like this is one of those cases that make people completely lose trust in Kickstarter campaigns.

Did you back the campaign for Yashica digiFilm Y35? What are your experiences?