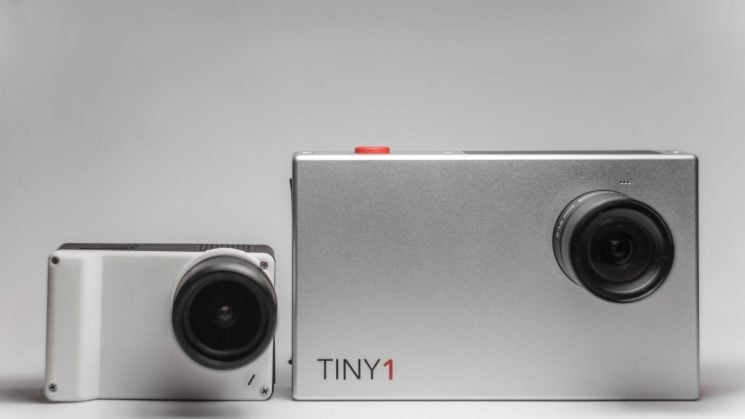 Three years ago, TinyMOS introduced TINY1, the world’s smallest astrophotography camera. Now they’re launching NANO1, which is three times smaller than its predecessor. With the new model, it looks like the smallest astrophotography camera has just got even smaller. Yet, despite the size – the NANO1 is more powerful than its big brother in terms of specs.

The NANO1 weighs only 100g (3.5oz) and it easily fits in your pocket. It may be three times smaller, but it has three times higher resolution than TINY1. The previous model had a 4MP sensor, while the NANO1 has the resolution of 12MP. Video capabilities have been improved as well: the NANO1 shoots 4K Ultra HD videos, which is improved over TINY1’s 2.5K.

As for the lens compatibility, the NANO1 features dual interchangeable lens system, compatible with M12 and C-mount lenses. It can also be connected with your smartphone, so you can control the camera through a dedicated app. And of course, it lets you share the images on social media, too.

The goal of TinyMOS is to simplify astrophotography and make it available to anyone. With the tiny and super-portable camera like NANO1, they are a step closer to this goal. The price of NANO1 hasn’t been revealed yet, but the camera is expected to launch this fall. So, I assume we will know more about the price soon, and the shipping is expected to begin in April 2019. If you’d like to learn more, make sure to check out TinyMOS’ website.