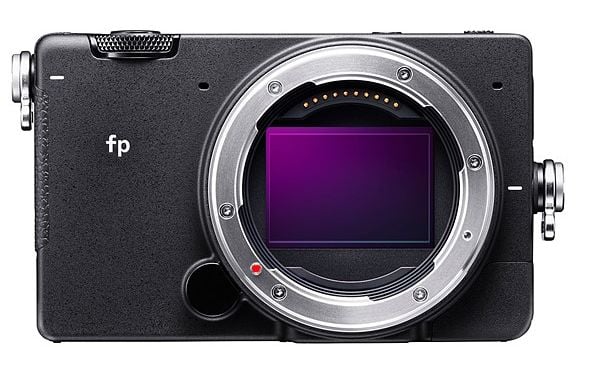 Sigma has just announced FP, a full frame L-mount mirrorless camera with a 24.6MP backlit Bayer sensor. But don’t let the size fool you: this tiny camera has so much to offer to both photographers and filmmakers, and it sure brings together a lot of “firsts” for Sigma. It’s the company’s first full frame camera, and the first one to shoot video (and yes, it’s 4K). It’s also the first one with a Bayer sensor. So, it’s quite a lot of news from Sigma in a single camera, so let’s dive in and learn more!

Where to start? Well, let’s start with the sensor. As I mentioned, Sigma FP features a backlit 35mm full-frame Bayer sensor with 24.6 effective megapixels. So far, the company has used Foveon sensors, and this is the first camera with a Bayer. However, Sigma has teased a new Foveon version of a full frame camera. The company’s still working on the new sensor, so this camera will probably be announced next year.

Let’s move on to the video capabilities, considering that FP is also Sigma’s first camera to shoot video. It’s capable of shooting 4K 24fps 12bit CinemaDNG. The Sigma FP features a dedicated Cine mode which allows you to use a variety of special functions inspired by professional cinema cameras. Some of them include a waveform display, zebras, shutter angle control, and timecode. Despite the camera’s size, Sigma even managed to cram a heat sink between the LCD and camera body.

While we’re at the size, the Sigma FP is indeed really tiny. It weighs only 422g with the battery, and measures 112.6×69.9×45.3mm. This allows you to mount all sorts of accessories onto it, such as a bigger grip or a flash port without making it too bulky. It’s also weather-sealed and lets you shoot in all sorts of weather conditions.

When it comes to still image capabilities, the Sigma FP features an electronic shutter which enables quiet shooting. The burst mode is pretty impressive, with up to 18 fps. As for the ISO, it goes 100 and 25,600. It’s expandable, and in this case, it goes from ISO 6 to ISO 102,400. As far as I know, it’s the first consumer camera with ISO as low as 6.

The Sigma FP is due to start retailing in fall 2019. For now, we don’t know the price, but we’ll let you know as soon as it’s announced. In the meantime, check out more details on Sigma’s website, and take a look at more photos below. 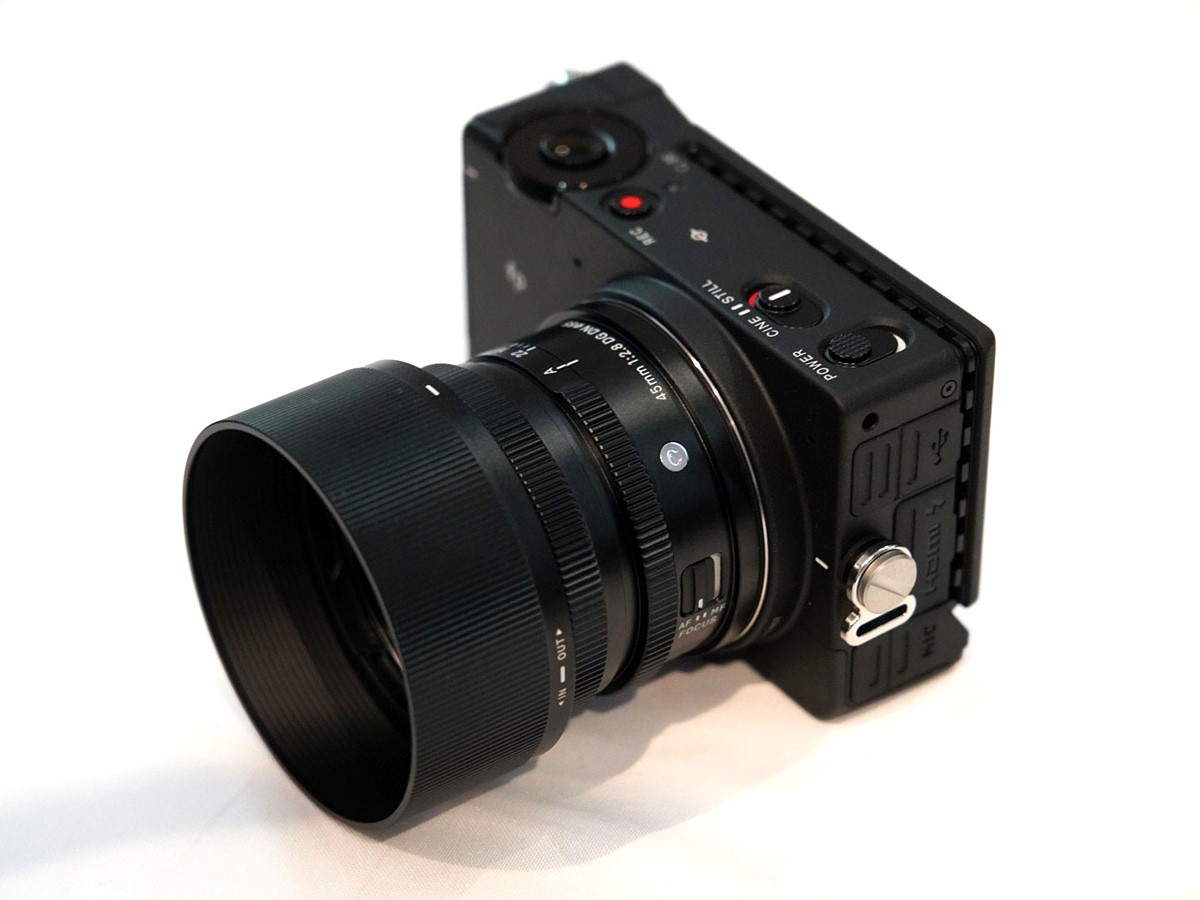 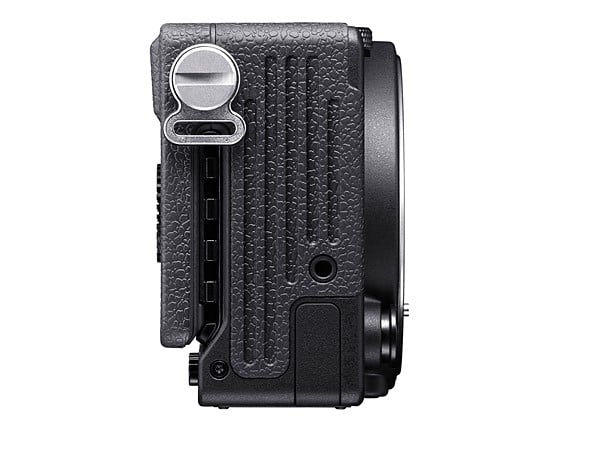 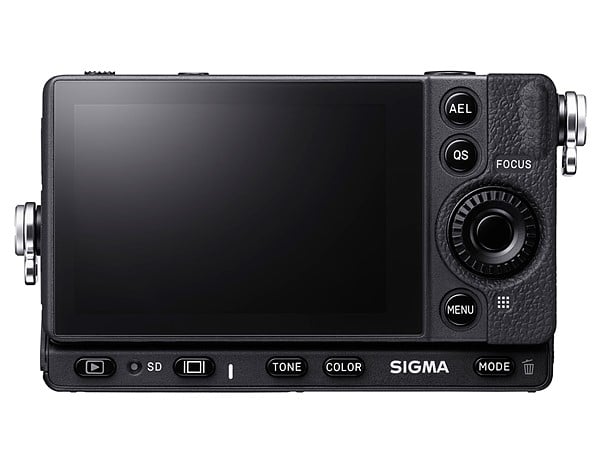 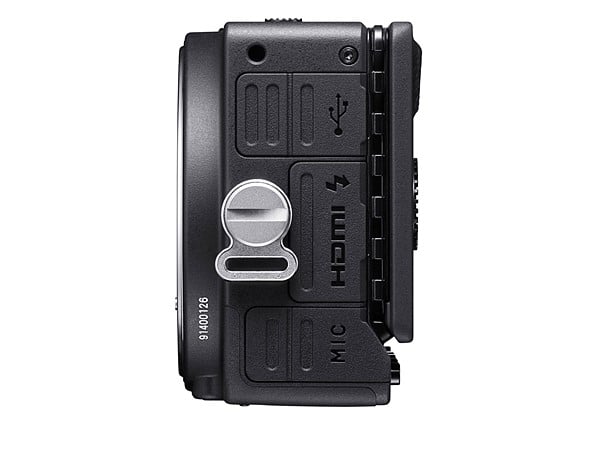 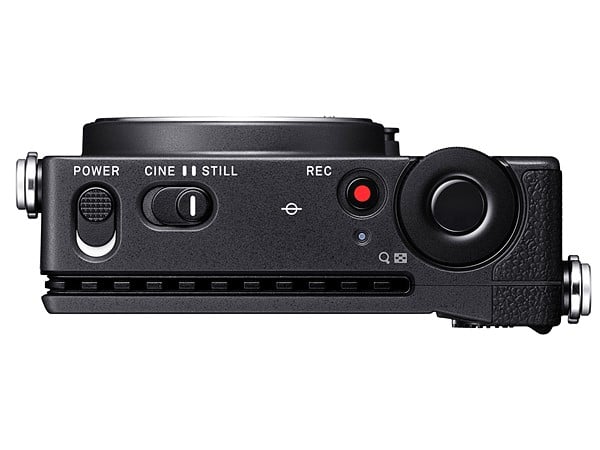 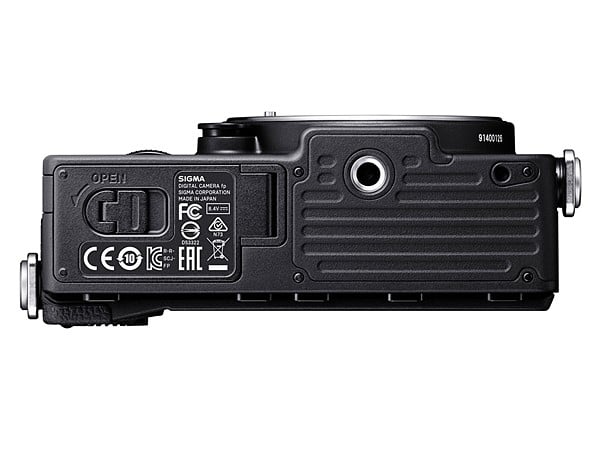