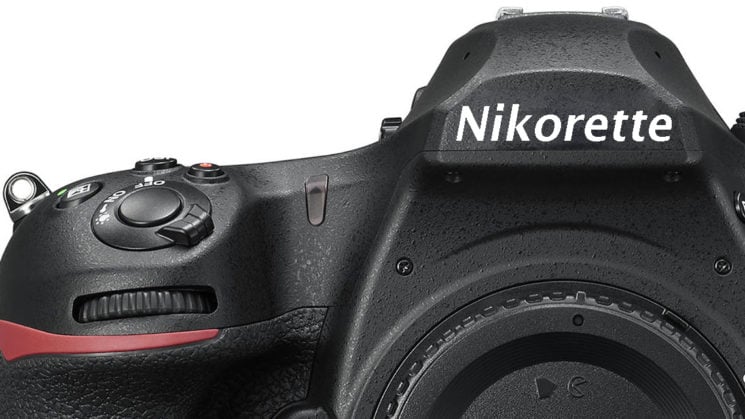 If you’re into camera history, I believe you’ll appreciate this little fun fact. According to an article recently published on Japanese website Capa Camera, Nikon cameras were almost named “Nikorette.” The camera name didn’t catch on, but some other gear names did – so let’s see how famous Nikon brands and the company itself got their names.

The company we know as Nikon today was founded in 1917. You may remember their 100-year anniversary website, gear, and scholarships from 2017. Known as Nippon Kōgaku back then, the company decided to start producing cameras and lenses around 1945. In 1948, the first Nikon-branded camera was officially released: the Nikon I.

But how did the name “Nikon” come into being? As the title notes, the initial idea was for the camera to be named “Nikorette.” It was “based on the abbreviation of Nippon Kogaku (“Nikko”) and adding ‘ette’ to indicate ‘small-size,’” Nikon writes in a blog post. However, most board members agreed that it was a “weak product name.” After a review, it was agreed that the formal name of the camera would be “Nikon:” it was also based on “Nikko,” with “n” at the end to make it sound better. And if you add “r” to the same base, you get Nikon’s brand of lenses.

In 1988, Nippon Kōgaku was renamed and became Nikon as well. So that name was apparently catchy enough for a camera company, and the only thing I can think of when I hear “Nikorette” are nicotine gums of a very similar name.