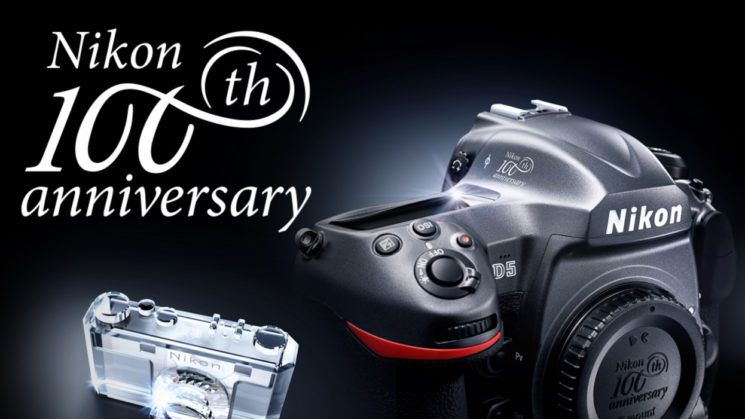 It’s been a while now since Nikon’s 100th anniversary products were teased in February. But now, Nikon have finally announced pricing for all of the 100th anniversary equipment. Anniversary and other limited edition kit is often seen as quite collectable. As a result, much of it is simply purchased and put in a display cabinet, never to actually be used.

The actual anniversary isn’t until July 25th, but the products are available to order now through authorised Nikon retailers. The items will be available until August 31st, 2017, so there’s only about an 11 week window if you want one. Below is a rundown of the anniversary products available, along with the price of the regular edition version of each item.

First up, the big one, the Nikon D5 100th Anniversary Edition. Priced at $7,999.95, it’s around $1,500 more expensive than the standard D5. Functionally, the two are identical, except the 100th anniversary edition is only available with dual XQD card slots. No CompactFlash. 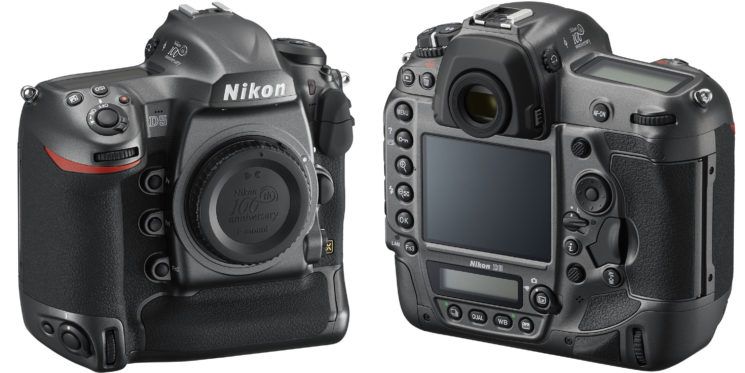 Your extra $1,500 gets you a metallic grey finish with the 100th anniversary logo on the prism housing. You also get the option to personalise the camera with a custom engraving from Nikon. It comes with a 100th anniversary body cap and premium Italian leather strap. Everything is housed in a custom metal hard travel case, which has been engraved with the camera’s serial number. 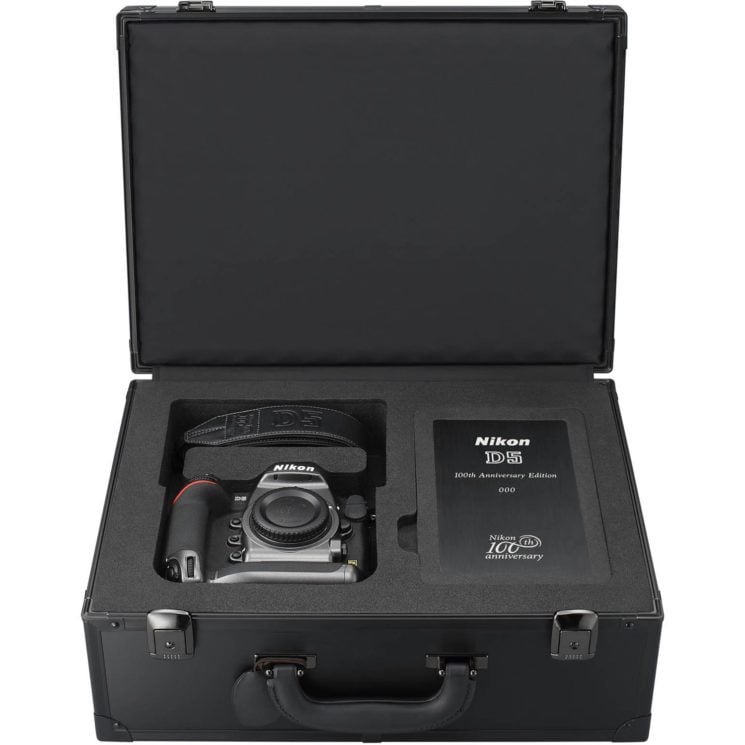 As with the D5, it’s functionally identical to the standard model. It comes in the same metallic grey colour, with the 100th anniversary markings, lens cap, strap, books. And, again, it’s comes in a custom metal travel case. 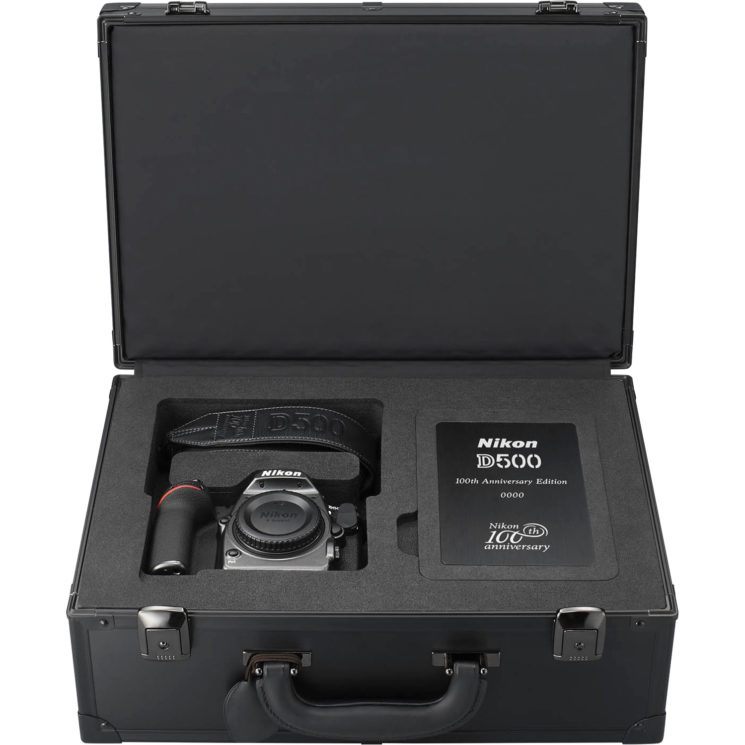 We saw three lenses being shown off in February, but this appears to by the only one available separately. The Nikon AF-S Nikkor 70-200mm f/2.8E FL ED VR 100th Anniversary Edition. The name’s a bit of a mouthful. At $3,999.95 it’s substantially more expensive than the standard model at $2,796.95. it comes in the same metallic grey as the bodies with 100th anniversary markings. 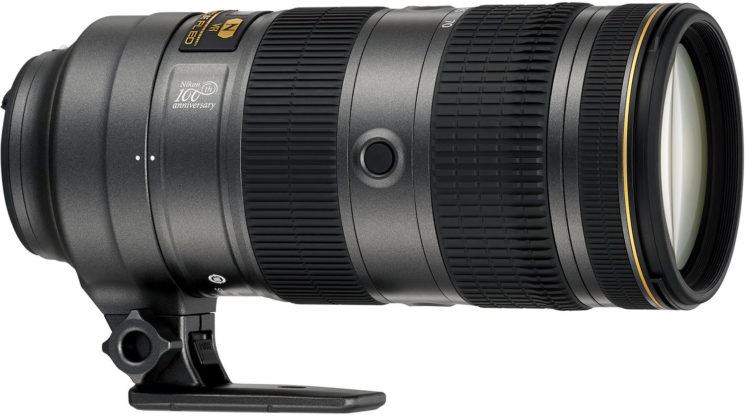 But, that extra $1,200 does get you something extremely cool. The plaque with the lens elements shown off at CP+ weren’t just for display purposes. There’s one actually included with the 100th anniversary edition of this lens. 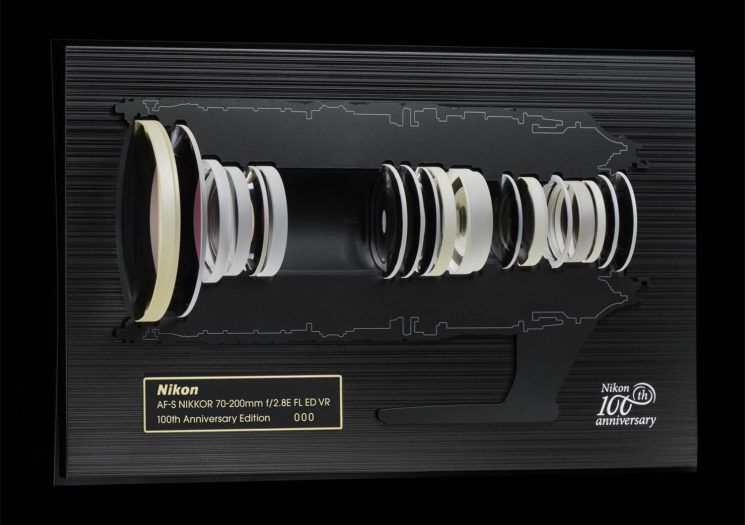 So, I suppose it is just for display purposes, but it’s for you to display yourself. 22 individual elements on a custom display stand. A very cool souvenir of this event, albeit rather expensive.

Unlike the cameras, there doesn’t appear to be a hard case with this one. Which is unfortunate. And it doesn’t appear that the plaque with the lens elements is available separately, either, which is also unfortunate, especially once you see the next item on the list.

Individually, the standard edition of each of these lenses are as follows.

That comes in a total price of $6,890.85. All three lenses come in the matching metallic grey finish with the 100th anniversary logos. And this triple threat it does indeed come with a custom hard metal travel case.

If your wallet is feeling a little overwhelmed but you still want to pick up some practical 100th anniversary loot, the straps are available separately. They’re available in black or brown, priced at $99.95 each.

All of the items are available to order now, and you can expect them to ship on July 25th – the date of Nikon’s 100th anniversary.

Not being able to buy that plaque separately will likely cause some frustration amongst some hardened collectors. Having to buy duplicates just to get the full set of lenses and the plaque substantially increases the cost.  Normally it takes a good while for Limited Edition items such as these to show up in the collector market. But, once that August 31st deadline comes, It wouldn’t surprise me to see some 70-200mm f/2.8 lenses come up for sale, without the plaque, fairly quickly.