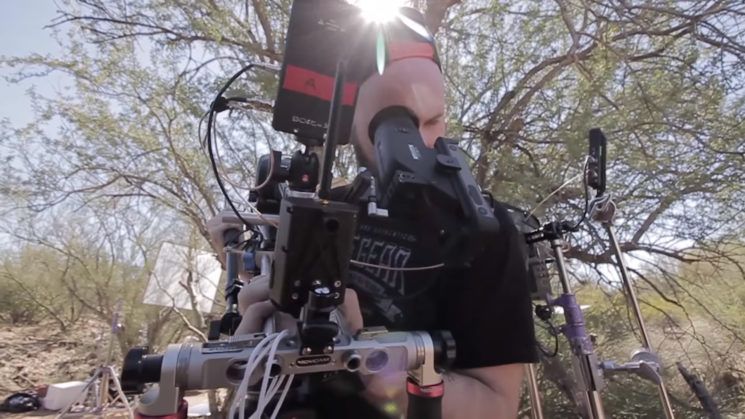 One thing I’ve learned as I’ve started to do more video stuff is that there’s no such thing as too much b-roll. B-roll is essentially the visual content that plays while you’re hearing something else. Creating it requires as much thought as your main shot. It needs to progress the story, or illustrate something being said. But it also needs to be visually appealing, and match the rest of the content.

It’s a vital tool in your storytelling arsenal, and knowing how to shoot it effectively is key. This video from filmmaker Darious Britt highlights its importance. And he also offers up a whole bunch of tips and advice for getting the best b-roll possible.

At 45 seconds into the video, Darious shows a talking head piece to camera, twice. The first play through, it’s just him talking to the camera. The second time around, b-roll highlights the different topics mentioned. Each clip adds to the story, and provides context for what he’s saying.

B-roll also offers some practical advantages, too, like covering edit cuts in the footage. Sometimes you need to film multiple takes, and want to make a final clip from sections of each. Or perhaps you’ve got a moving camera, and you’re taking out gaps in the speech. B-Roll helps to cover up these indiscrepancies.

As usual, Darious offers up plenty of suggestions to make your b-roll the best that it can possible be. This isn’t all of the ones he mentions in the video, but the ones that are usually in the forefront of my mind.

I’m still guilty of not shooting enough b-roll most of the time. I don’t realise it until I’m sitting in front of Premiere editing away. Then I have to go out and shoot more to cover things I’ve missed.

When I’m planning in advance, if I get specific ideas for b-roll shots, I’ll make sure to write them down. All of them. As soon as they come to me. Because if you don’t, virtually guaranteed, you’ll forget half of them on the day of shooting.

It’s a lot easier if you have a producer or somebody else keeping track of the things being said and making notes. They can get your b-roll shot list together for you while you’re busy concentrating on the main shots. But if you’re working on your own, you’ll probably want to get used to make your own checklists.

Even for something as seemingly simple as vlogging, b-roll can have a massive impact. I watch a lot of vloggers on YouTube, and there’s a noticeable difference in production value between those who use it and those who don’t. Having it really makes the content far more enjoyable to watch.

“We got that B-Roll!” is a hilarious 80s commercial style take on buying stock footage