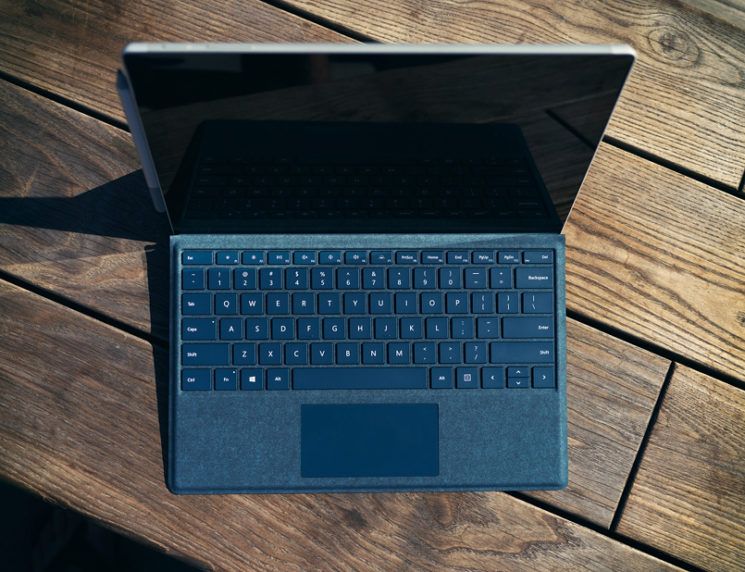 The soul of an image is not always visible in what the viewer sees, but lives in what the photographer experienced.Uneducated eyes are often all too quick to criticize a black and white image by Henri Cartier-Bresson, without taking into account what he had to create with, and the cutting edge that his work represented in the early 1900’s. In a way, the arts have led technology and often the two support one another in modernization. For me, the realization of this has grown stronger when I began using the new Surface Pro from Microsoft.

About a year ago I wrote a post talking about my transition to Windows from Apple. It’s not that I disliked Apple (not by a long shot), but I was excited to see Microsoft eyeing the arts so distinctly. At first I grabbed the Dell XPS 13 to use as a travel laptop, and while I liked it, there were drawbacks that made it feel as though I was constantly working around a problem that was a simple fix on an Apple product. I had honestly looked at a return to Apple as I was positive that this was the year that we would finally get the Macbook Air we had all been asking for… 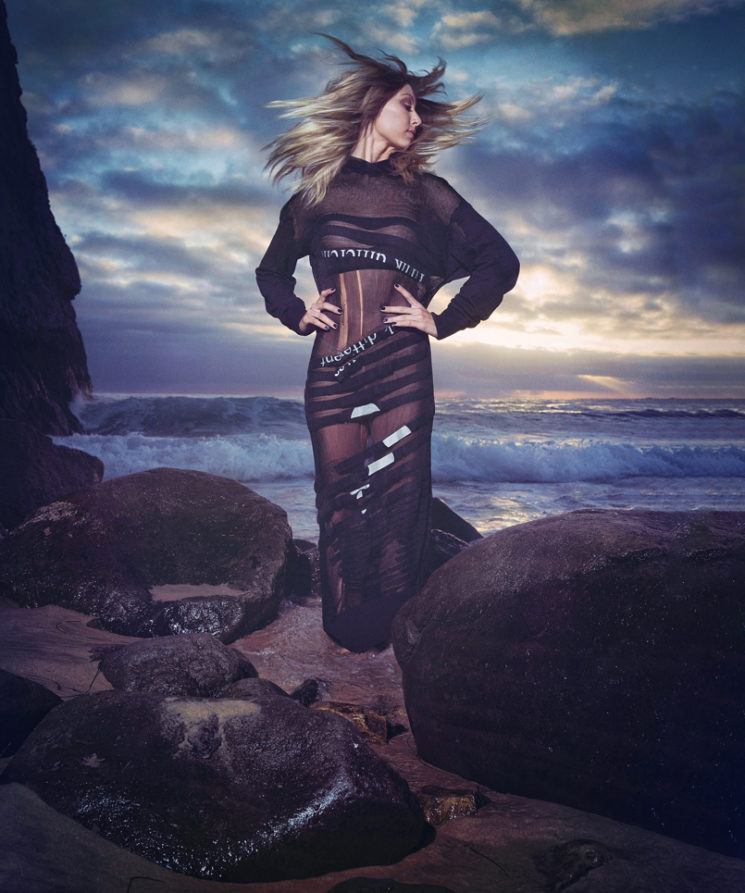 Then, in what seemed to be either convenient timing or fate, not only did Microsoft release the Surface Laptop, but also called me out of the blue. I was genuinely taken back. On the line a Microsoft representative said, “We want to talk to you about a new product, and how we can help make photographer’s lives better.” I paused and then responded, “By actively reaching out to creatives like this, you are already improving our experience.”

Over the next few weeks we traded calls, texts, and emails about a new “mystery” product that was releasing in the near future. This product would become the Surface Pro. It was the latest in the Surface tablet line, but this one was different as it seemed to have the creative community in its sights, as Microsoft did with the Surface Studio. 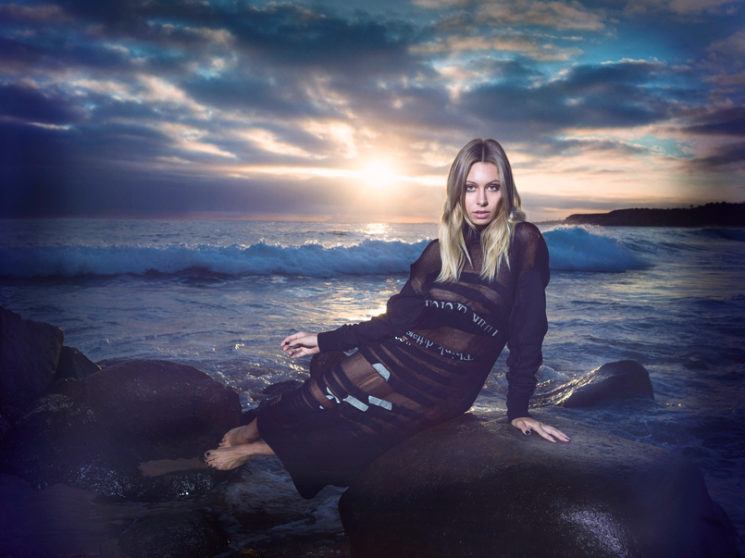 One day a package arrived at my house, in it was the new Surface Pro, a blue Alcantara keyboard and the new Surface Pen. A text from Microsoft quickly ensued that said, “please enjoy it and we hope that it helps you approach photography in a way that makes your life easier.”

That evening I set it up (read: installed Photoshop CC and Phocus) and the following morning flew out with my wife to Orange County to escape the heat of Arizona. This trip felt a bit different though, for I was also going to do a photoshoot while I was there, but I didn’t have a single Apple product with me for the first time since 2005. In my bag I had the Hasselblad X1D (I promise I will talk about this in a future blog), the Surface Pro and my BlackBerry. Already, photography felt different, as the entire travel kit for a photoshoot, from negotiating to shooting to retouching all fit in a small handbag. 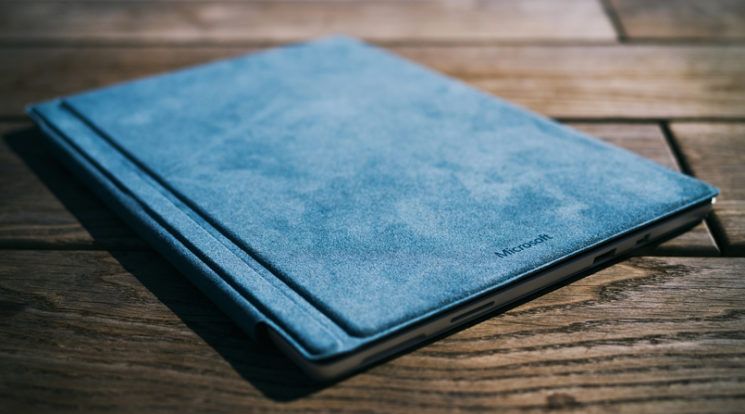 This brings me back to the beginning of this article… Photography has always been a result of many factors that lead into the images we create. Amongst those factors is convenience. What the Surface Pro allows is the ability to view, select and retouch images in the field possibility now more than ever. I decided to test this out by heading to the beach with my wife and some of my close friends. We would take pictures (all of us are photographers), enjoy some wine and laughs, and also edit the images… all while kicking back in the sand taking in the sunset. To be honest, it sounded too good to be true.

When the day came, we all met at a coffee shop and proceeded to take in the sights and play around with the cameras that we all had brought. For me, bringing the Hasselblad X1D had dual purpose, one because I wanted a small camera that wouldn’t stick out, and two, I wanted to see if the Surface Pro could handle the 50 megapixel RAW files that came from the medium format sensor. 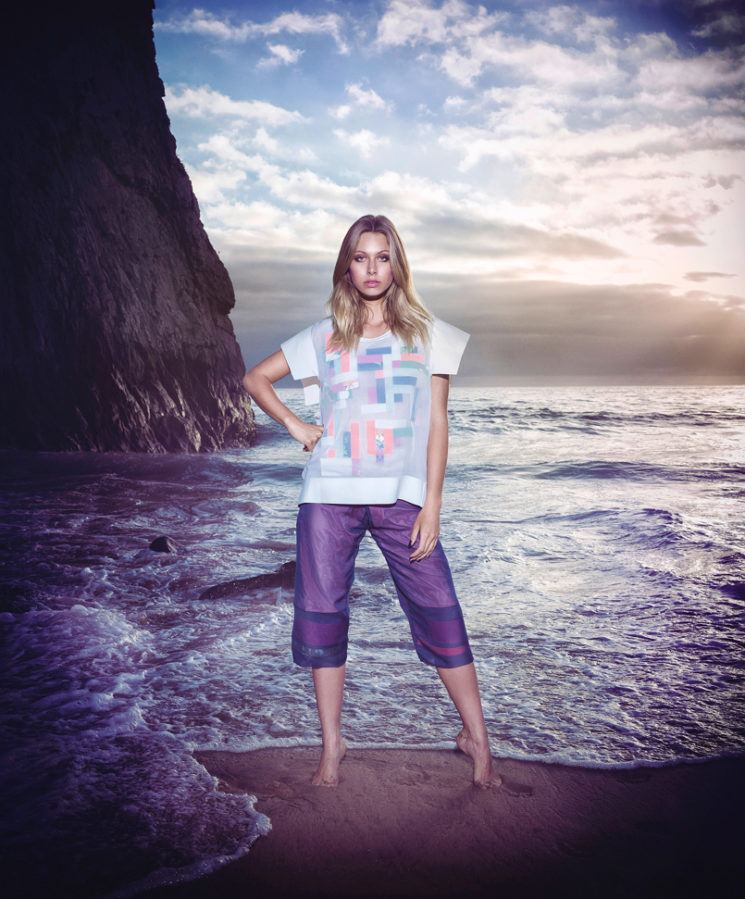 After lunch we met with my good friend, and incredible designer, Jessie Shroyer. She had a new outfit to show and we had a model (Savannah McLain) to wear it, so we found a private beach near Laguna to create some images. To me, this represented what a real world production with the combo of the Surface Pro and X1D would be. Inside I hoped it would not go as smoothly as it did, as both the Surface Pro and Hasselblad were on loan and any success would mean that I would be buying them.

As the sun set on the beach that day, we created images without the pomp and circumstance that surrounds so much of what we do professionally. In a way, it felt like I had gone back to my college days when I would go on photo walks with friends, just to chat and take pics. There was no money involved, nor any deadlines, and it was pure photography…and pure fun.

It was at this point it hit me. We are on the precipice of a new step in photography, one where photographers can go out into the field without crazy amounts of gear to create art, then quickly pack up and head back to an airport. With the advances that Microsoft made with the Surface Pen and the power of the processor in the Surface Pro, I was able to dodge and burn images, retouch skin and genuinely build final pieces while sitting on the beach listening to the ocean. The only setback I experienced was that a bright sunny day makes for a lot of glare on the screen, so it might be best to find the closest shade.

Up to this point, the only feasible alternative for me has been an iPad Pro, but it is more involved to load images onto it, and even when loaded, there is no way to use a full version of Photoshop as the iPad is more or less a mobile platform. While I did have the Alcantara keyboard cover with the Surface Pro, I found that I only used it to write this article, and most of the time I was just using the Surface like one would hold a sketch pad. To be honest, when I saw the announcement stating that the new hinge lays nearly flat on a table to make sketching easier, I thought I would never use it. Come to find out, I probably use the tablet in that position more than any other.

While it took some learning to utilize the pen effectively, the fact that I could rest my hand on the screen while dodging and burning made it easier for me to adjust to the angles that affected the pen’s form. One fun side note, Jessie took immediately to the Surface Pro when she saw it at the hotel. In a matter of 30 minutes she had sketched the outfit she had physically brought, leaving the photographers in the room extremely jealous of her design talents.

Over the weekend I acclimated more to the new Surface platform, and feel like I was able to grasp a good understanding of what it means to photographers. It is pure mobility. And while powerful, it is not a platform where you’ll want to create huge files with tons of layers. It is for those who want a return to pure photography. Although I was able to open a 6.8 GB file and do some minor tweaks, this was more of a test to see what exactly was possible, rather than a practical approach of how I would intend to use the device. For me, and I imagine many other photographers, the Surface Pro is what I dreamed the iPad Pro would be. It is a portable way to view and hold your image while gaining the ability to tweak it in a way that is not crippled by a mobile OS platform. It is the first device that I have used in a long time that could take the place of two others; my iPad Pro and XPS 13. 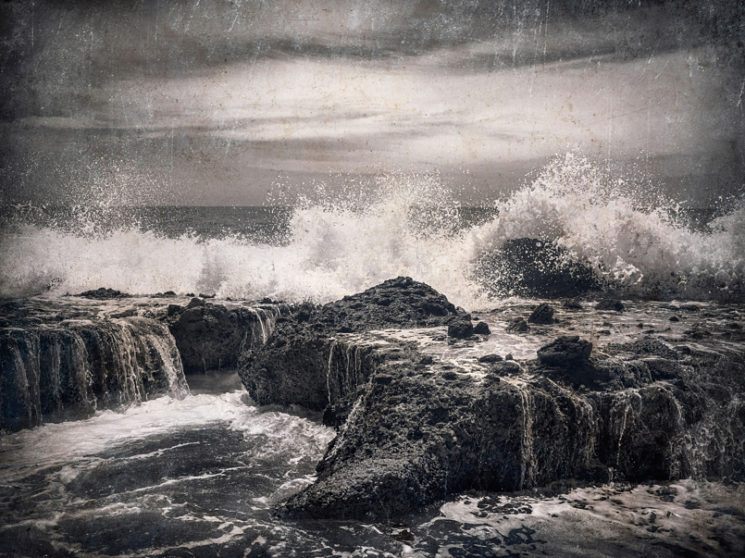 While large productions are the standard for the type of photography I do (advertising), portable equipment like the Surface Pro and the X1D are the key to reminding me why I fell in love with photography in the first place. I want to thank Microsoft for reaching out to me and and their continued support of the creative community. I genuinely believe that the Surface line of products contains great potential for photographers and look forward to what the future holds.

Apple Announces iPad Pro; MS Surface Pro Users Confused By Apple’s Use Of The Words “Pro”, “New”
« Instagram cracks down on stealth advertising with “Paid Partnership” feature
This is what you need to do to create awesome b-roll footage for your film »