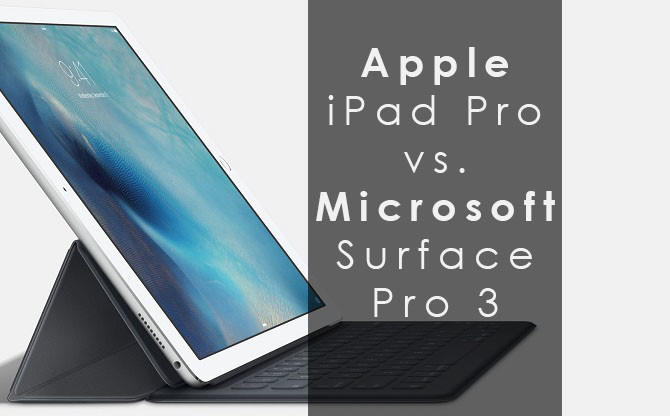 We’re talking about a toy versus a tool here – iPads are for ordering Sushi, the Surface Pro is for actual work.

I wouldn’t normally start an article with my conclusion, but in this case I though it would be fun to take a little bit of a lighthearted look at the differences between the newly announced iPad Pro versus the year old Microsoft Surface Pro 3.

While the iPad Pro will no doubt gather all the celebrity glitz from the usual suspects – the Microsoft Surface Pro 3 (and the soon to be announced Microsoft Surface Pro 4) are so far superior when it comes to performance and real world productivity it hardly seems fair to even compare the two.

The Microsoft Surface Pro is for Creative Professionals

First, lets take a look at the operating systems and processors.

With the Microsoft Surface Pro you get an Intel Core i3, i5 or i7 running full blown Windows 10.  This means you can run any software you can run on your desktop/laptop and standard mobile apps.

The iPad Pro runs iOS 9 on the new and improved A9X processor.

I don’t think that you can seriously compare the capabilities of iOS 9 and Windows 10 with a straight face.

However, the biggest fail of the iPad Pro is its lack of useful connectivity.

In other words – the Surface seamlessly connects with your external hard drive, USB drive, camera, card reader, USB mic and other accessories necessary to do your job.

In contrast, the iPad Pro has USB2 via the famously crippled Lightning Port (one-way upload of jpg photos from an external hard drive or USB drive only).

Apple’s iPad Pro tech specs don’t mention any other external connectivity except WiFi or LTE, so while Apple claims:

…you can quickly open even the largest files. Like the big 4K movie you just edited or all the RAW images you imported from your HD camera.

How you are actually supposed to get those 4K video files – or even RAW image files on and off of your iPad Pro is a bit of a mystery (WiFi I guess???).

Seriously, how much 4k video do you really think you could store on the iPad Pro’s puny 128 GB of internal storage anyway? 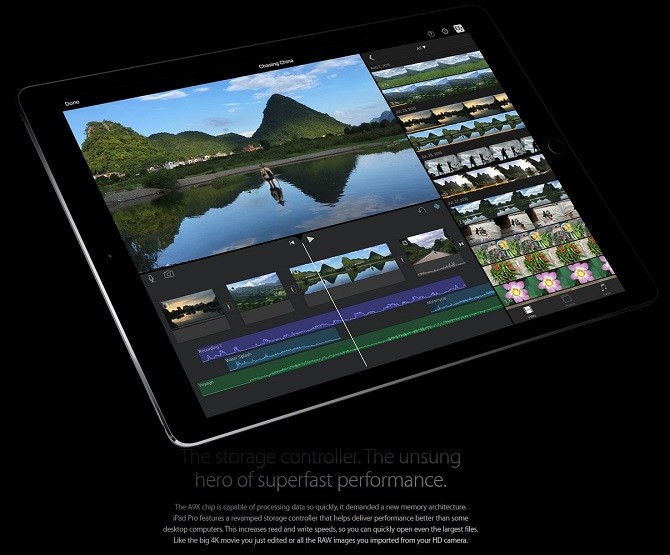 There are two areas where the iPad Pro beats out the Microsoft Surface Pro 3.

First, the Apple App Store has a much bigger app selection than what is available from the Windows Store.  While all of the popular mobile apps like Facebook, Instagram etc. are there – some specialty apps are missing like Easy Release, DSLR Controller or DSLR Dashboard (technically you can run DSLR Dashboard from Windows – but it’s a bit of a hassle to setup compared to running it on an Android device).

In particular the auto form fill function of LastPass isn’t supported on the Surface, which is a bit of a pain in the butt.

However, this point is of course somewhat redundant since you can run full desktop software on the Surface Pro too.

Apple does build gorgeous screens, so if displaying your portfolio on your tablet is one of your prime uses – the iPad Pro would certainly take the cake there. 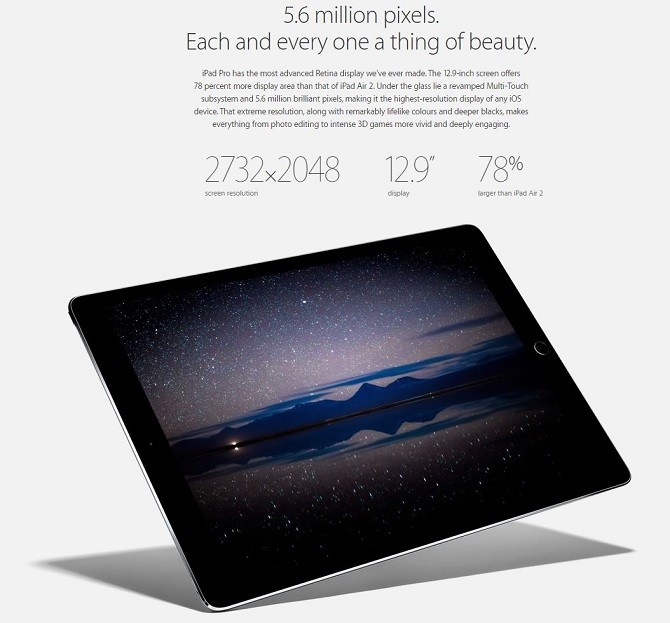 Oh, and if for some unknown reason you feel compelled to take photos and video with your tablet, the iPad Pro has a better rear facing camera, while the Surface’s forward facing camera is superior.

In all seriousness, the most useful feature of the new iPad Pro (and this should tell you something) is that it runs Microsoft Office.

It was a big enough concession for Apple to finally add a keyboard and a stylus (aka the “Apple Pencil”) to an iPad, but they just couldn’t quite bring themselves to go all the way and add a mouse too.

If you plan on doing any actual work on your tablet, the lack of a mouse is a deal killer. 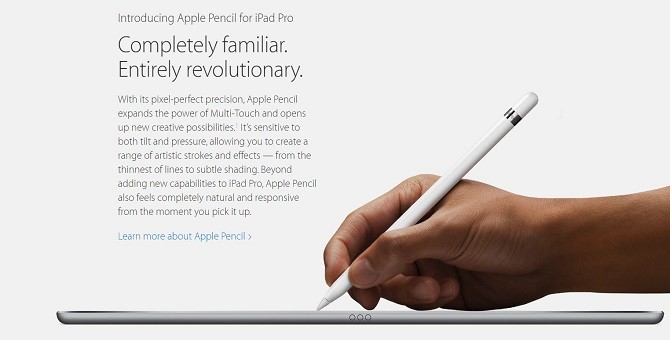 Which Pro Tablet Offers More Value To Your Business?

Unless you are running a Sushi restaurant, I don’t think there is any question between the value an Apple iPad Pro offers versus the Microsoft Surface Pro 3.

Besides being far more useful, the Microsoft Surface Pro 3 is still less expensive than an iPad Pro.

From a creative professional’s standpoint – the Microsoft Surface Pro 3 will run all of your Photoshop CC desktop applications including Photoshop, Lightroom, Acrobat, Premiere Pro etc.  Why anyone would be satisfied with Photoshop Fix or Lightroom mobile when they could just roll with the real deal is beyond me.

In addition to Office – a necessity in any true business environment, the Microsoft Surface Pro 3 will also run common small business desktop applications such as QuickBooks and other industry standard software.

Really, I have no idea to whom Apple would be marketing the iPad Pro.

If you’re a business owner who wants to invest in a true portable productivity tool, the Surface Pro is both more capable and more cost effective.

If you’re an everyday consumer who just wants to check your email and update your Facebook status – you can already do that on a standard iPad.

What do you think of the Apple iPad Pro versus Microsoft Surface Pro 3?

Is the new Microsoft Surface Pro for photographers?

« The Creative Photography Of Modernist Cuisine Is So Popular, It’s Now A Travelling Art Exhibit
Ask Missy: How to Respond to the Request for Free Wedding Photography »