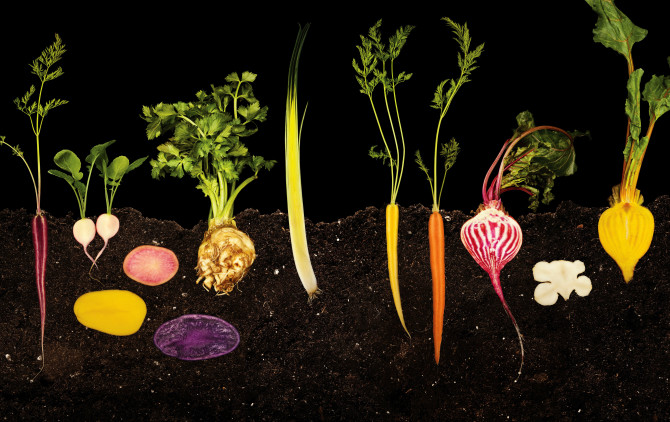 You may remember the mesmerizing photography behind Nathan Myrhvold’s idea to cross cut pots and pans so he could photograph food cooking in a very inventive way. It took the internet by storm a few years ago with the release of The Modernist Cuisine: The Art & Science of Cooking. Since then, they’ve released a follow up The Modernist Cuisine At Home, in addition to The Photography of Modernist Cuisine. The later of the three editions is geared more towards photographers, as the it shares not just more of photos of food, but also takes readers on a visual tour of the photography studio and delivers a bunch of tips and advice to aspiring food photographers.

Aside from the providing an eye catching photograph of some delectable food, the idea for the cross cut technique was actually discovered as a method to help illustrate the process of cooking food. In the books, the photographs are all accompanied by snippets of information explaining the science behind each little detail, which you can see an example of, just below, in the photograph of a pressure cooker making a stew.

The Photography of Modernist Cuisine 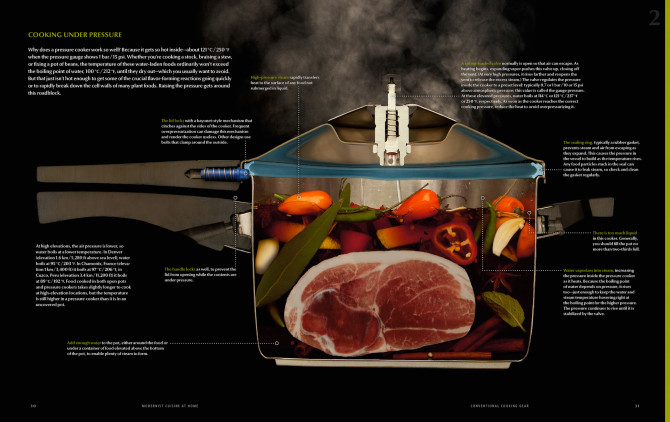 To make the photos, the team cuts each piece of kitchenware in half then adheres a piece of clear Pyrex glass to the open cut. They then proceed to cook whatever kind of meal they are preparing that day and photograph it as it’s happening. Myrhvold’s philosophy is the food only has to look good enough for 1/1000 of a second–precisely enough time his studio lights need to be able to freeze the action as he makes a photo.

They also photograph the other half of item, which is used to composite the clean cut edges over the glue lines on the half that was outfitted with Pyrex. So, while there is some composting going on, the brunt of the heavy lifting is still done in camera.

In response to the popularity of the series, the team at Modernist Cuisine has assembled a traveling exhibit, which features huge prints (some are upwards of 6 feet wide) of a curated selection of photographs taken straight from the book. The exhibit, aplty titled The Photography of Modernist Cuisine: The Exhibit, is getting ready to open in New Orleans September 12th, at the Southern Food & Beverage Museum.

The exhibit will feature over 50 images, which Myrhvold described to Food Republic as…

“…a culmination of my lifelong interest in photography, in much the same way that Modernist Cuisine was a milestone in my interest in food.”

Seattle, San Jose, and Boston have already seen the exhibit, but The Modernist Cuisine says there will be additional exhibitions in New York, Los Angeles, Miami, and Chicago. They also plan to take the touring photography exhibit across seas, but are still in the process of booking venues. You can check their website or Facebook for updates.

Meanwhile, here are some shots from the collection of books for you to enjoy while you wait for your copy of The Photography of Modernist Cuisine to come in the mail. 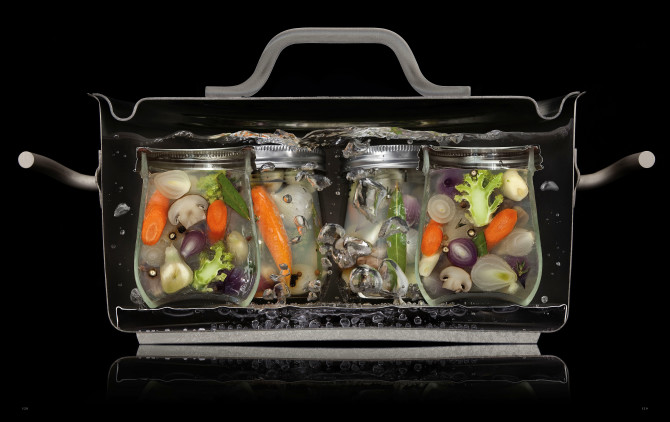 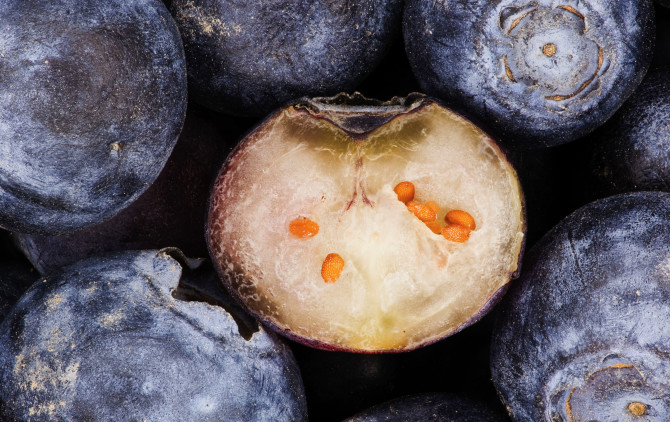 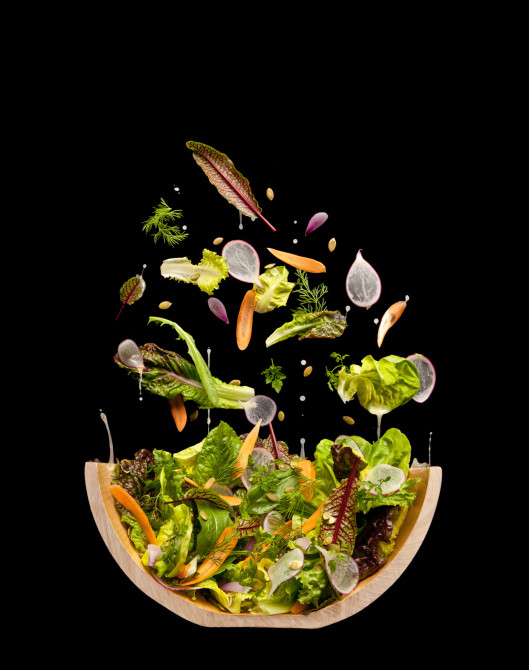 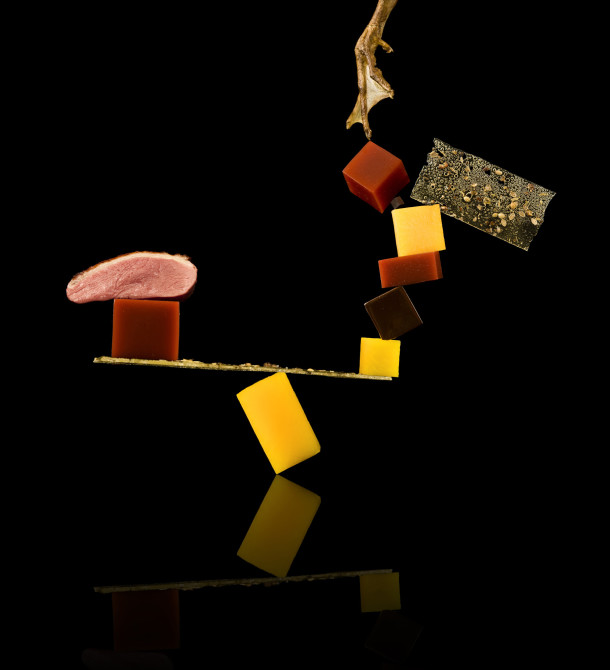 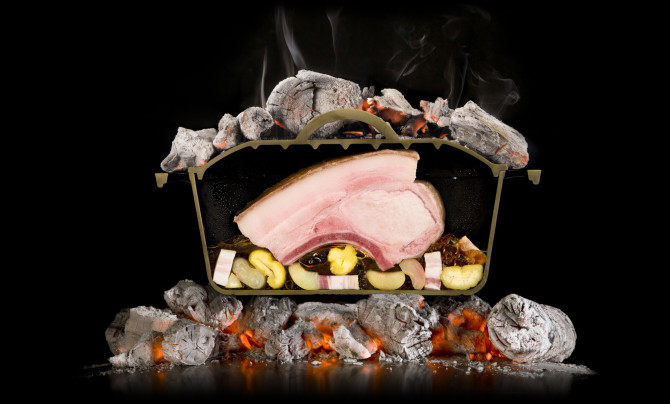 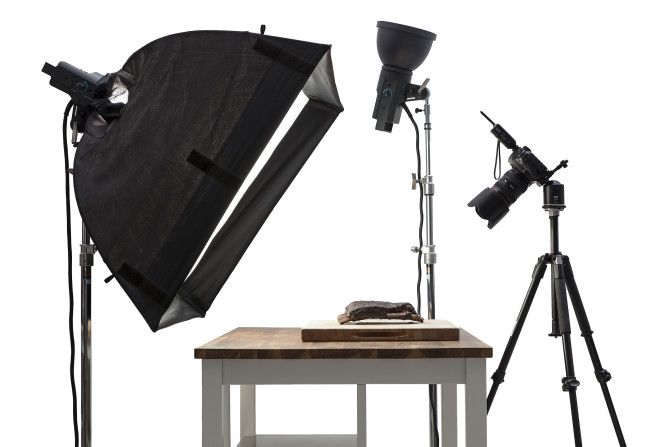 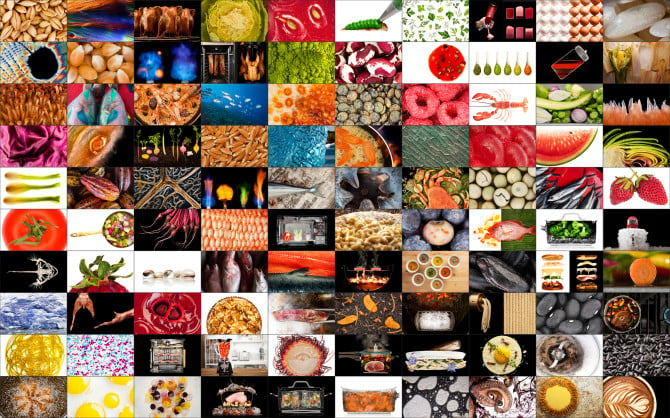 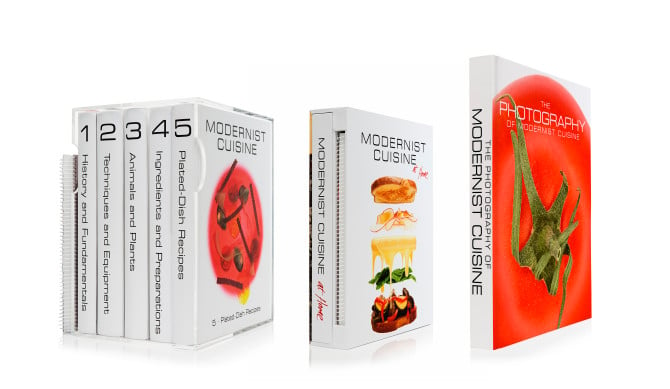