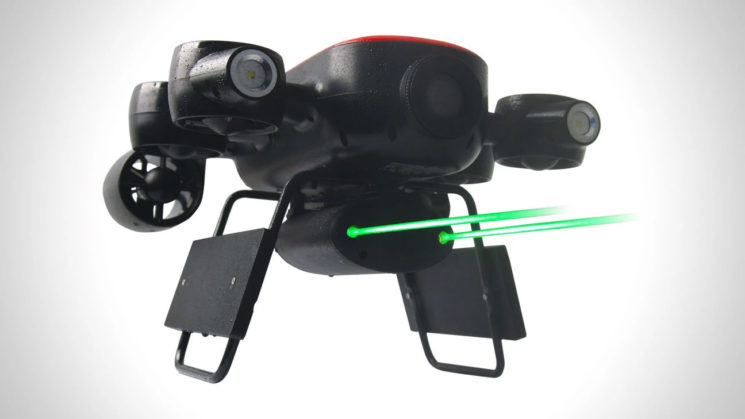 When we think of drones, we usually think of ones that can fly, but there are quite a few out there that don’t quite fit this description. One such drone is the T1 Pro from underwater robotics company, Geninnoi. Equipped with a 12-megapixel 1/2.3″ Sony CMOS sensor, this underwater drone can dive to a depth of up to 574 feet.

Although it features a fairly capable camera, it’s not really designed for photography and video. Its main purpose seems to be scientific and data gathering, with the ability to attach a sonar scanner, water quality detector, laser scaler and various other devices. It’s also not inexpensive, coming in just shy of $3,000. 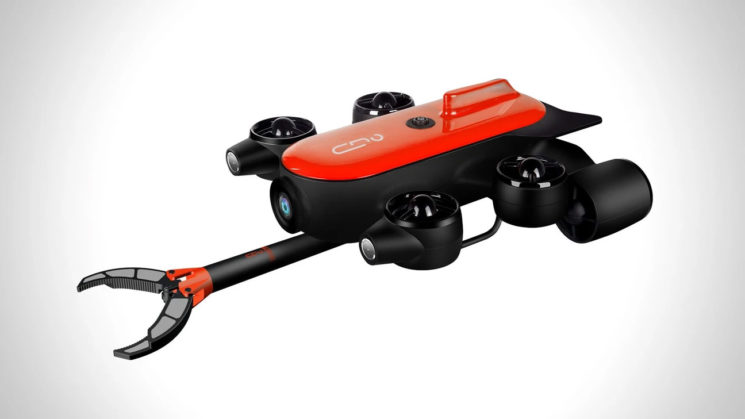 While not designed primarily for photography and video, the camera in the T1 Pro can shoot 12-megapixel still images to JPG, DNG (or both simultaneously) to its built-in 128GB storage with an f/2.5 lens offering a wide 160° field of view. It’s also capable of 4K video at up to 30fps and 1080p at up to 60fps. It’s also capable of live streaming 1080.

The T1 Pro is a higher-end version of the company’s original T1 drone, which you can see in the video below, capable of diving to a slightly shallower, but very impressive 492 feet.

With air restrictions, licenses and permits required around the world these days, it seems to be getting more and more difficult for make to take to the air, so perhaps this is to be the next main area of exploration for unmanned imaging vehicles. After all, there’s a lot of stuff down there that nobody has ever seen before, from any angle.

If you want to find out more about the Geneinno T1 Pro, head on over to the Geneinno website. And if you fancy giving one a go for yourself, they’re available to pre-order for $2,999 and should start shipping in the next four weeks.