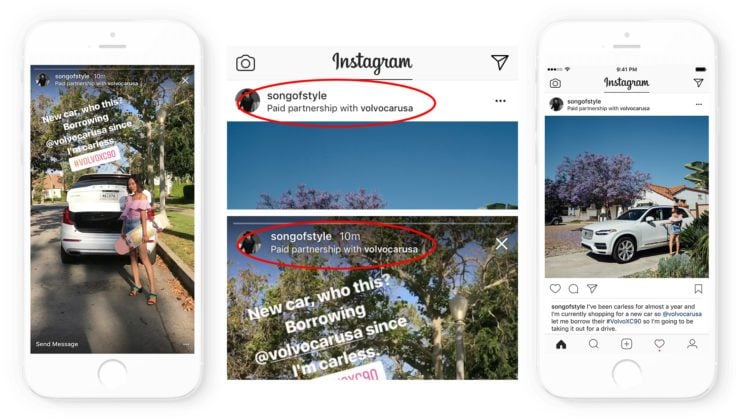 Instagram’s been trying hard lately to clean up its act. It’s shut down several popular botting services. The so-called Instagram pods also seem to have been sort-of thwarted. And, for better or worse, they’re constantly tweaking their algorithm to help us see better content. They also took steps to help prevent misrepresented paid content on the platform, too.

To help add another layer of transparency to that, Instagram are making it obvious when sponsored content shows up. Until now, many Instagrammers have been adding hashtags such as #ad and #sponsored tags in the description. But they largely go unnoticed. A new “Paid pernership with” tag on posts and stores lets creators clearly communicate paid posts to their followers.

Making branded content more obvious is definitely a step in the right direction. Many Instagrammers don’t believe (or want to believe) that they’re being “sold” to.

It certainly isn’t all content creators on Instagram, but many are happy to keep their followers in the dark. If followers believe a person’s faith in a brand or product is genuine, higher the inclination to buy. That’s better for the advertisers, so better for those promoting them (even if they do receive payment).

The introduction of this feature may seem designed to punish the creators and advertisers. All they’re doing is allowing users on their platform to more easily conform with FTC and other regulations regarding sponsored content. This will, however, undoubtedly put some advertisers off using Instagram, especially with smaller creators. 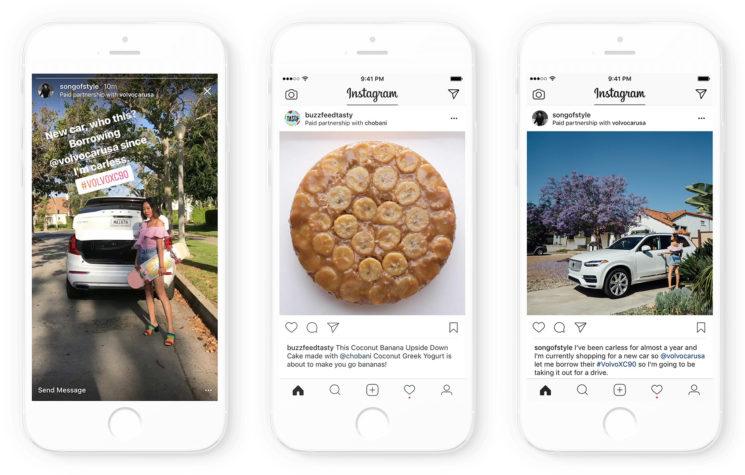 Instagram say that the new feature also offers a new level of insights and tracking to get a better idea of how their campaigns are running. And this information will be available to both the creator and the advertiser. Until now, advertisers have had to rely on the honesty of the Instagram posters for feedback on how well their content is performing. Now they’ll be able to see for themselves.

Based on initial feedback of this feature, Instagram say that in the coming months they will release an official policy. They’ll also be enforcing it for creators, based on Facebook’s current practises.

You can find out more on the Instagram Business Blog.

Advertising experiment shows Instagram’s personal data collection is 100% for their benefit, not yours

« In the age when everyone is taking photos, what makes a photographer?
Is the new Microsoft Surface Pro for photographers? »