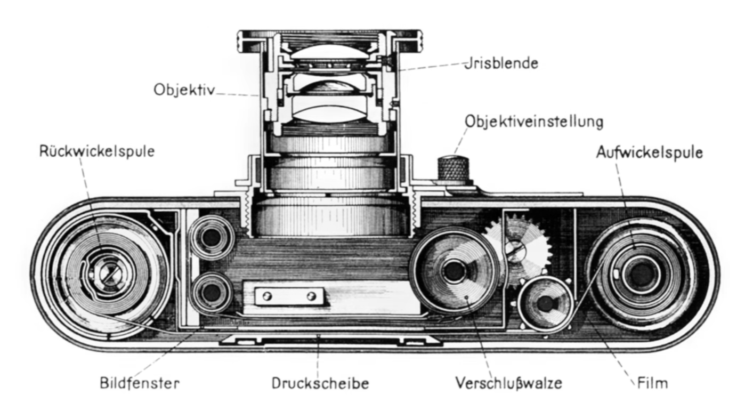 This year, the legendary Leica camera turns 100. Exactly 100 years ago, Oskar Barnack’s workshop journal listed “Liliput camera for cine film completed”. And this camera shaped the history of the 20th-century photography. Leica’s birthday celebration includes a range of content. It starts with the video about the history of Leica and its inventor Oskar Barnack, and there’s plenty more for all the Leica lovers to watch, read, and buy.

The inventor of Leica, Oskar Barnack, was a precision mechanic and a passionate photographer. But the cameras of late 19th and early 20th century didn’t go hand in hand with his poor health. They were heavy to carry around, so he invented what we know today as Ur-Leica, the prototype of Leica 35m camera.

The main feature of this camera was that it was able to take photos of life as it happens. However, as the First World War began shortly after, the production was delayed. In 1920, Oskar Barnack teamed up with Max Berek, who was to create the perfect lens for Leica. And it wasn’t until 1925 that the 35mm camera was launched. It was a tough time for Germany and it was a huge risk. However, it was a revolution in photography and it was definitely worth the risk.

Many photographers throughout the history used Leica – Henri Cartier-Bresson, Elliott Erwitt and Robert Capa, to name a few. And the incredible number of iconic photos was taken with this camera: V-J Day by Alfred Eisenstaedt, Che Guevara by Alberto Korda, and Napalm attack in Vietnam by Nick Út. As a part of 100th birthday celebration, Leica has published a gallery of iconic images taken with this camera, and you can find it here.

You can also browse through the history of Leica cameras and read about the most important cameras they’ve launched. They also offer several “anniversary products” in limited edition for you to order. Last but not least, something all book lovers will enjoy: there is also a book called Eyes Wide Open! 100 Years of Leica Photography. It contains about 800 photos taken with the Leica, together with a wide artistic and cultural history of the Leica from the 1920s onwards. There are photos by Ilse Bing, Robert Capa, Henri Cartier-Bresson, Mark Cohen, William Eggleston, and many, many others.

No matter which camera brand you prefer, you can’t deny the importance of Leica in the photographic history. I was amazed how many iconic photos were taken with Leica and how many great photographers used it. Take a look at the gallery and see for yourself. And then tell me: what’s your favorite photo taken with Leica?