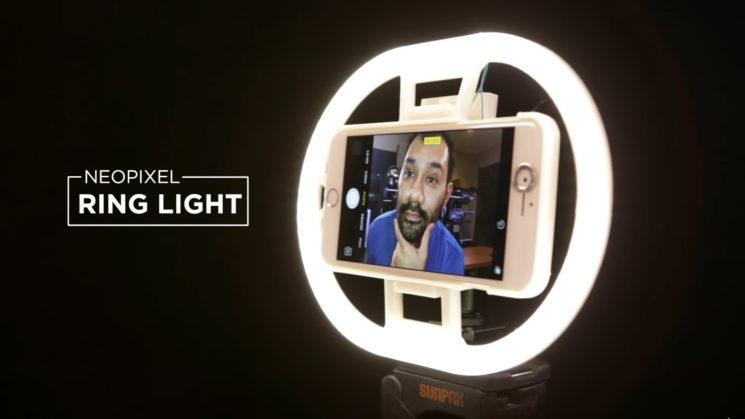 The problem with mobile phones is that if you need lights, you’ve usually got two options. The first is to simply deal with the underpowered, far-too-close-to-the-lens built in LED. Unless you’re using in the front camera, in which case that’s usually not an option. The second is to lug around all the usual LED lighting gear you’d use with regular cameras. In which case, you probably might as well just use a regular camera.

The folks over at Adafruit, though, have come up with a great project to help solve this. A 3D printed smartphone case with a built in LED ringlight. Not only does it wrap the light around your lens instead of being right next to it, but it also offers a fair bit more power. That it’s controlled by an Arduino also means that you can reconfigure the lights to give some neat effects.

Like another recent Adafruit project we showed you, the whole thing is powered by the Adafruit Trinket – a teeny tiny Arduino clone. It’s portable and battery powered, or you can just hook it up to the wall using a regular Micro USB adapter if you’re shooting something a little longer. 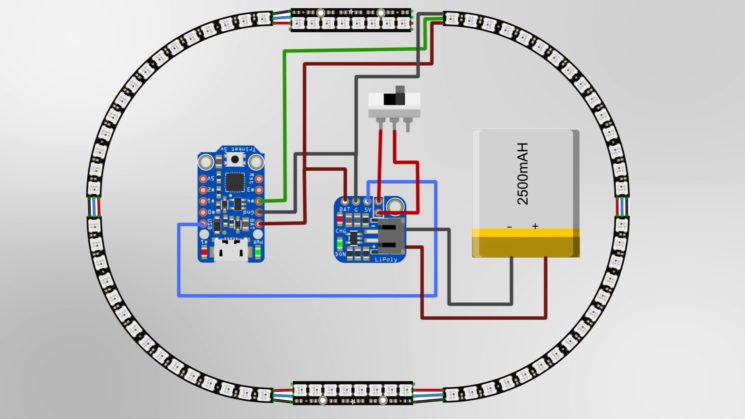 They suggest using the RGBW LEDs as the regular RGB LEDs tend to have a slightly magenta cast to them on skintones. The combined RGB just doesn’t produce a good natural white light. The RGBW LEDs get around this by having a separate, fourth, LED that is pure daylight white. So, the colours are much more natural.

The basic construction is relatively simple and straightforward. After firing up your 3D printer and leaving it to do its job, soldering the LED strips together is the next job. Using four 1/4 60 ring strips and a pair of straight strips, you can achieve an oval shape which wraps around your phone nicely. You’ll want to make sure everything’s oriented correctly so the data flows in the right direction. 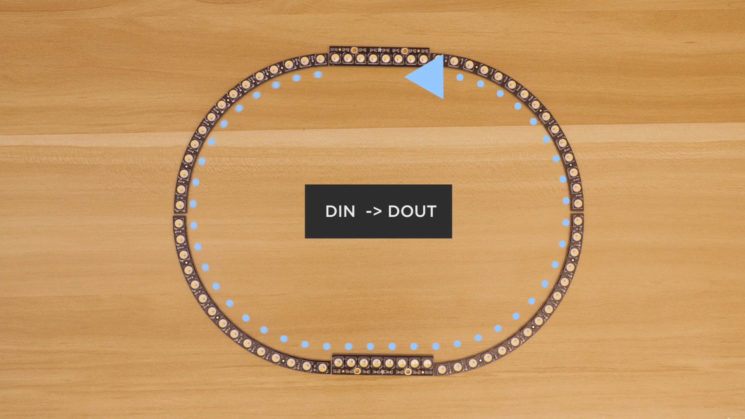 With these connected, you’ll probably want to wait until your parts have finished 3D printing. For Adafruit, this took around 5 hours in total for four components. There’s the frame which houses the LEDs and fits around your phone, a front panel to help diffuse the LED lights, a piece to mount the electronics to and a battery holder. 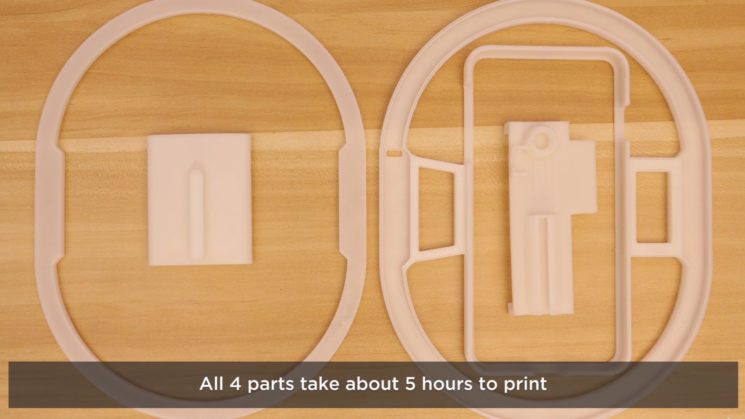 Small machine screws secure the LEDs to the base frame. Machine screws also attach the Trinket and the Lipo charging circuit to the electronics panel. But it’s a good idea to dry fit everything first to measure out your wires ready for soldering. The electronics holder just clips onto the main frame. This is a great design as it helps to ensure that it keeps a nice snug fit around your phone.

The great thing about having an Arduino control something like this is that you can programme it to give you all kinds of different lighting patterns. You can add a power level button to turn on and off alternating lights depending on the power you need. Or even a dial, that dims the power to all of them. You can power it asymmetrically so that one side isn’t quite as bright as the other to provide a little light direction and introduce some shadow. Or, you can make creative effects with white or coloured lights spinning around the perimeter.

The plans for the 3D printer can be downloaded here. And while it’s designed for the iPhone 6/6S/7 Plus models, it can be easily adapted to fit your own phone.

A very neat project with some interesting creative potential, as well as practical. It’s ideal for vloggers who use their phone’s front camera.

You can see the full build log, code and the rest of the details over on the Adafruit website.

« Boyfriends of Instagram: the funny reality behind perfect Instagram shots
How wedding photographers and videographers can stop grabbing each other by the throat »