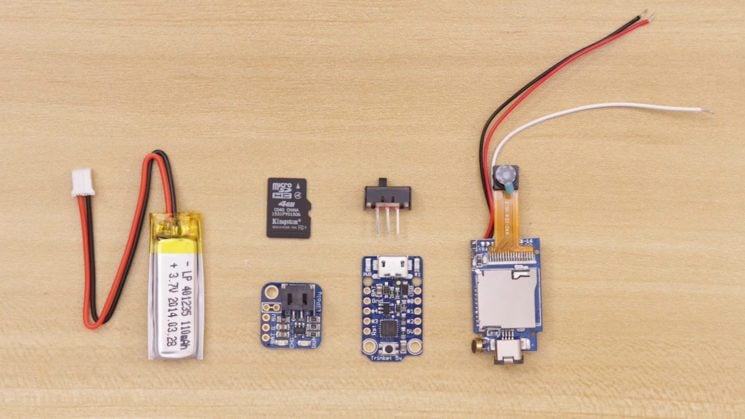 I’ve been a huge fan of the Arduino for quite a few years now. It allows me control cameras and lights in ways that would be otherwise impossible. As an open source project based on the Atmel AVR microcontrollers, compatible boards come in all shapes and sizes now. One such incarnation is the Adafruit Trinket, a tiny Arduino clone based on the ATtiny85. It’s extremely small, and ideal for projects like this one.

To show off the Trinket’s abilities, the folks at Adafruit built a tiny timelapse camera. Using a mini spy camera module with a built in microSD slot, the Trinket controls all the timing for when shots are taken. The whole thing fits inside a matchbox, but Adafruit are a little more practical than that. They designed a custom case for 3D printing and made the plans for that available, too.

To make the camera, you only need a few components.

Total cost is around $30 plus a memory card. The camera module accepts microSD cards up to 32GB in capacity. Given the relatively low resolution (1280×720 for stills), that will let you record for hours. This camera module has three connectors. One is positive power, one is ground, and one is the trigger signal. When the trigger signal is connected to ground for a brief moment, it fires a shot and saves it to the microSD. 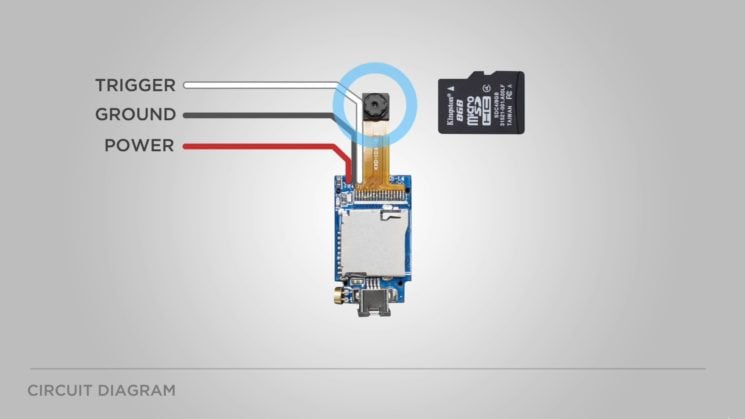 This is the mechanism the Adafruit Trinket takes advantage of, as there doesn’t need to be any real communication between it and the camera. And it’s also not having to process any image data itself. This is essentially the same way I’ve controlled DSLRs and other cameras with Arduinos myself.

Power comes from a 100mAh 3.7v LiPo battery. This goes into a little charging circuit, so that it can be charged while the system is in use. Otherwise, it would probably run flat in about an hour. To charge the battery, power simply comes from a USB cable plugged into the Trinket. Power to the system, then gets sent back out from the charging circuit to the Trinket and the camera module. This way, whether the power is being pulled from the battery or USB, everything gets the power it should. 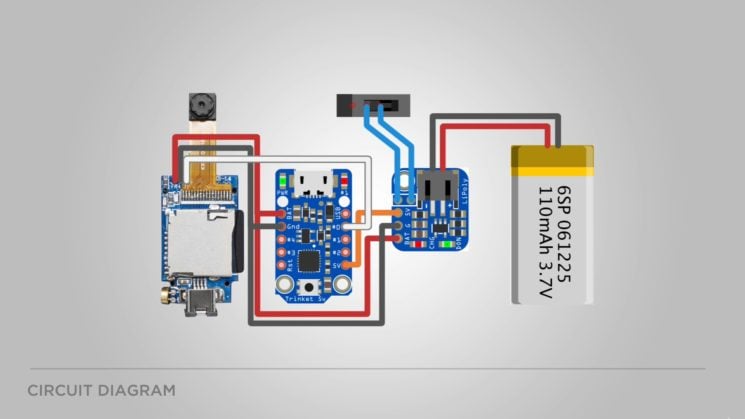 You could actually save yourself a little money if you already have a USB battery or intend to keep it permanently on USB power. You can completely eliminate the 100mAh battery, charging circuit and on/off switch, saving yourself about $12.

As ground is common, only a single wire is required between the Trinket and the camera module. The camera module’s trigger goes into digital pin 0 on the Trinket, and then it’s just a case of programming it. The code is extremely simple. 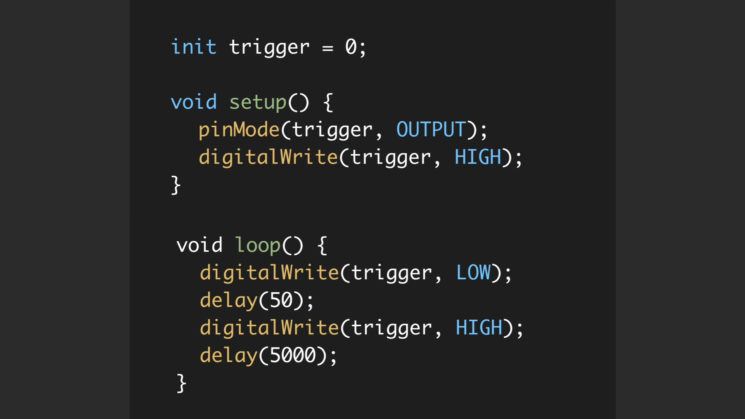 The init and setup() function tells the Trinket what port we’re using and to set it as an output. The loop() function runs continually while the Trinket has power. Every five seconds, it sends the signal low for 50ms, causing it to take a shot which then saves out to the microSD.

There’s no manual control over things like exposure, although the camera seems to do a pretty good job of metering exposure all by itself. You do get to choose your interval, although if you want to change it, you’ll have to edit the code, recompile and upload again.

As mentioned, they also build a 3D printed enclosure for the camera, which you can see in the animation above. Adafruit also posted a video showing how it was designed, and have made the plans available here to print your own.

While you’ll only get the equivalent of 720p footage, there are other camera modules out there that you could use. Although they do tend to increase in cost quite rapidly, and most don’t have internal storage. So, then you’re moving onto something like the Raspberry Pi Zero and suddenly your total cost has gone from around $30 up to around $100.

So, it’s a handy little project for a basic timelapse camera. It’s small, unobtrusive, and cheap to build. I could see a few of these being very handy as wildlife or security cameras with slight modification, too. All you’d need to do is hook up a PIR sensor to the Trinket, and modify the code a little, to have it send a shot when something moves in front of it, rather than on a timer.

How To Build A Room Sized Camera Obscura (+ Timelapse)