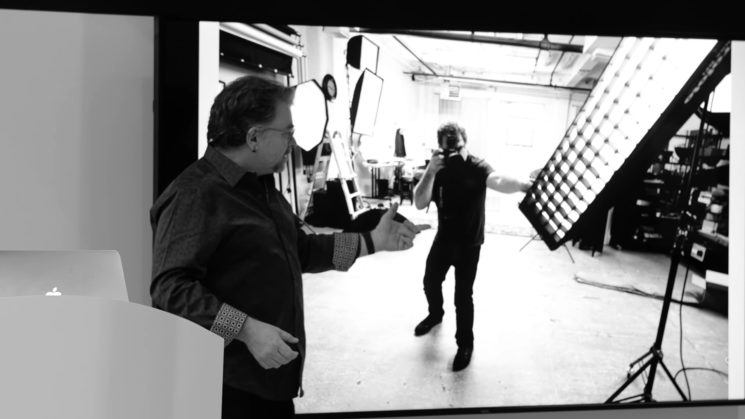 When it comes to setting up flash for a portrait, one might usually grab a big octabox or beauty dish. Normally, we wouldn’t consider something like a strip softbox. Strip softboxes are typically relegated to rim light duties. But they can also be extremely effective as a main light source.

In this Profoto Tiny Talk, photographer Neil van Niekerk talks us through how he uses his gridded strip softboxes for lighting portraits. He describes it as the most powerful tool he has both on location and in the studio. And, indeed, it is an extremely versatile modifier.

Neil uses Profoto RFi 1’x6′ and 1’x4′ gridded softboxes and Profoto B1 flash for this presentation. As it’s a Profoto video, it’s not that much of a surprise. But the same principles apply to all strip softboxes, regardless of brand or budget.

Strip softboxes are an unusual light source for many. Which is they they’re usually doing the rim light thing I mentioned earlier. It’s all they ever see other people doing with them, so it’s all they do themselves. But Neil’s video shows that they are useful for much more than that. 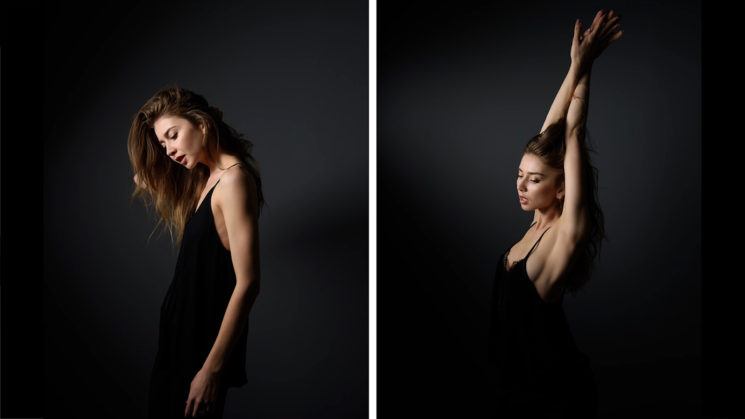 Horizontally, they can make a wraparound light that gently falls off as it move around your subject. Or, you can rotate it vertically to cover more height for full length or active poses. You can also rotate it anywhere in between to match the angle of the body, too. 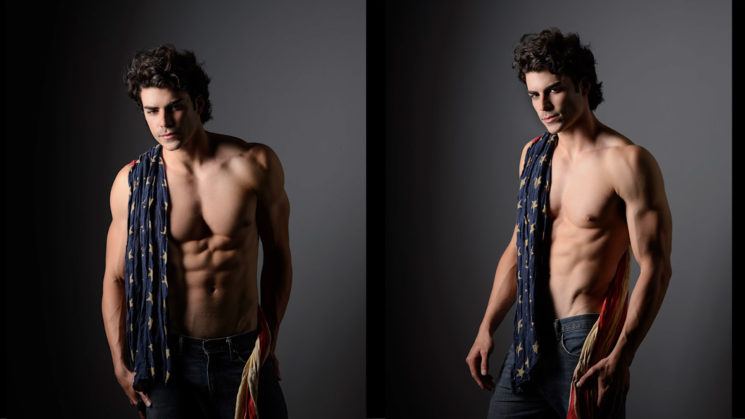 As with any other type of modifier, though, the key is posing to bring out the features you want to see in your subject. In the above two images, for example, the lighting has remained the same. But when the subject turns more toward the light, a lot of the definition becomes lost.

Personally, I like the look that strip softboxes present as a main light source, especially when set horizontally. I don’t take a strip softbox out with me when shooting on location, though. I just find them a bit to unwieldy for the types of locations I tend to shoot at. But I do usually have several 24″ square softboxes with me. Often I’ll set three of them down side-by-side for a 6’x2′ strip of light and it works rather well. It’s certainly not as versatile a solution as a single strip, but if you need a horizontal strip, it can be a handy alternative.

Neil also put up a blog post to accompany the video with a little more information and further reading on using strip softboxes. It’s well worth going through it and having a good read if you own a strip softbox or have thought about getting one.