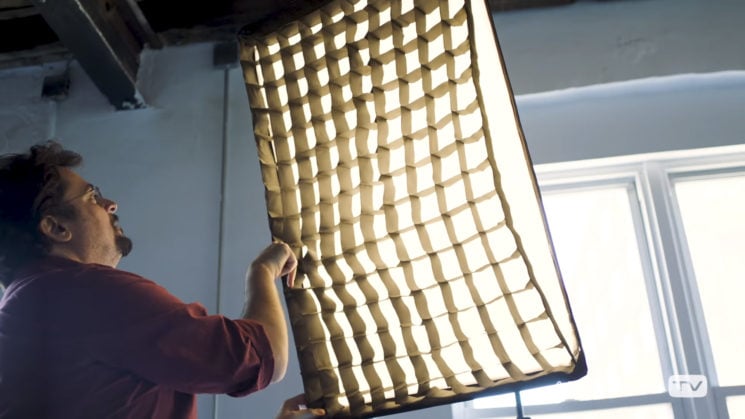 Every day I see people posting in Facebook groups asking about softboxes and whether or not they should buy one with a grid. Personally, I always advise going for one that comes with a grid. Even if you don’t know why you might need it yet, if you get one without and then find out that you need one, it can often be impossible to source just the right size and shape.

But what exactly do grids do? And do you really need one? That’s what photographer David Bergman looks at in this two-minute video. He goes over what grids are for and when you might choose to use one. I have grids for all of my softboxes and octaboxes. I don’t always use them, but when I do need them, they’re absolutely invaluable.

Essentially, as David illustrates, grids help to control the spill of light coming out of your softbox. You still get that nice soft look one expects from a softbox, but it’s more confined. Rather than the front surface blasting out light in all directions, the grid basically flags off the side angles, allowing it to project more toward the front. 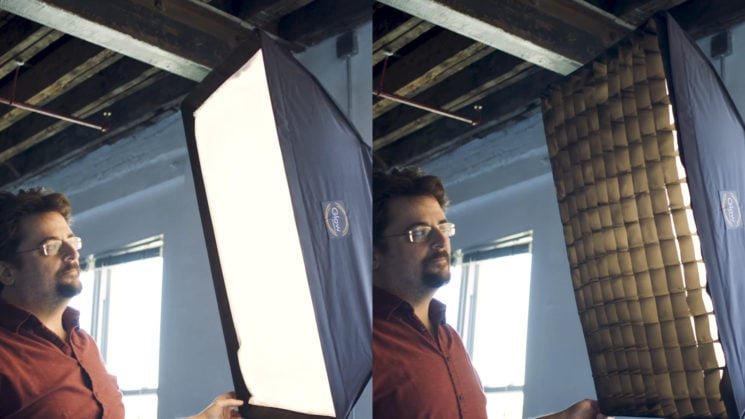 Now, this isn’t a typical use for softboxes. They’re not normally in the shot, but it demonstrates the principle of how grids work, by blocking light from spilling off at odd angles. It’s how you can use softboxes with subjects fairly close to a background. The grid helps to stop light hitting the background while keeping your subject well lit. 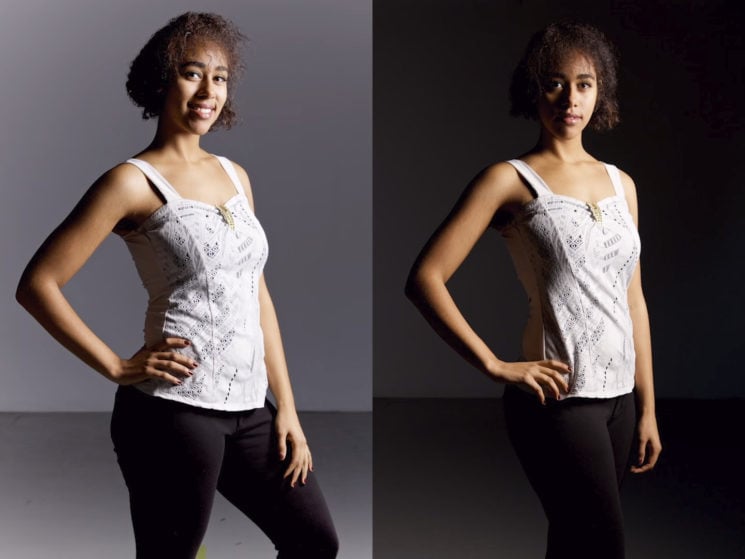 One thing not mentioned in the video, but a reason I often use grids is for rim lights. Imagine another softbox behind the subject on the left creating a rim light up the shadow side. Something similar to the first comparison images in this post.

Without a grid you’ll get that nice rimlight on your subject, but with a large bright light source pointing toward the camera, even if not in shot, there’s a chance of flaring if light is hitting the front lens element. You’ll probably also get a little spill on the far right side of the background, too. A grid allows you to direct the light toward the subject without it hitting the lens, and eliminating the chance of flare or hitting the background.

So, they’re basically flags. They block the light from spilling out the sides and illuminating things you want to remain dark, or plan to light some other way.

I find them invaluable, and always recommend getting them with your softbox if you can. Whenever I’ve bought a softbox that didn’t come with one, I’ve found it to be virtually impossible to find one that fits perfectly after the fact.

« Photographer hires Nigerian scammer to be a documentary filmmaker, and the results are beautiful
For the first time, Sports Illustrated publishes nude unedited photos for their Swimsuit Issue [slightly NSFW] »