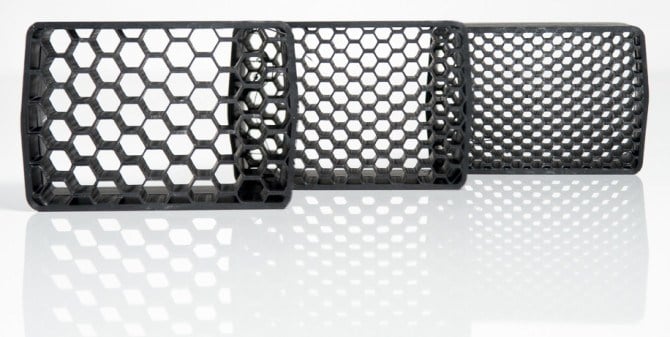 As somebody who owns what some would describe as a ludicrous amount of speedlights (although, nowhere near as bad as Joe McNally), and regularly grids some of them to provide a selective rim light or to throw a little splash of light in a dark corner of an environment, Chris Cameron’s project intrigued me.

3D printers are becoming more and more affordable, with technology advancing so quickly, getting faster and more accurate with each rapidly released generation, that I would bet most of us know at least one or two people who own one of some form or another.

One of the basic principles of 3D printing process is that you typically don’t want to print models as solid objects, as it uses more material, takes more time to print, and makes items far heavier than they need to be.

Instead, various methods have been developed to produce an internal lattice which provides support to the exterior shell, and 3D printing applications “slice” your object up, allowing you to specify the thickness of the shell, as well as the density of the support lattice.

It’s this lattice principle which is utilised to produce the speedlight grids.  The first step is to model a “solid” block, with a lip that fits around your speedlight head. 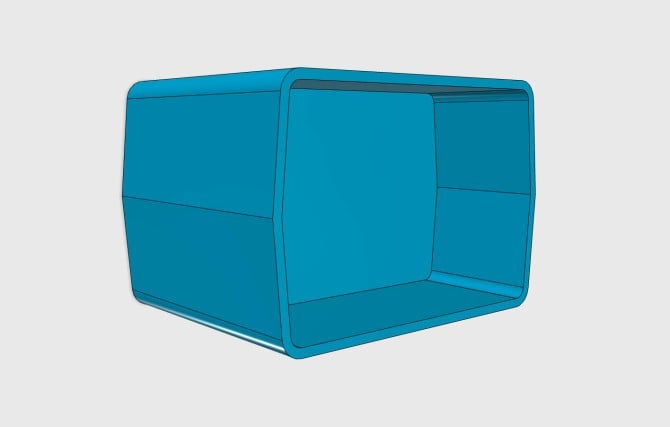 After importing into the Makerbot application (or Slic3r, or other “slicing” application), arranging into the appropriate orientation and slicing, the front and rear faces which sit directly in front of your flash head are set to have a thickness of zero.  Effectively, this means they won’t be printed at all, and light can pass straight through. 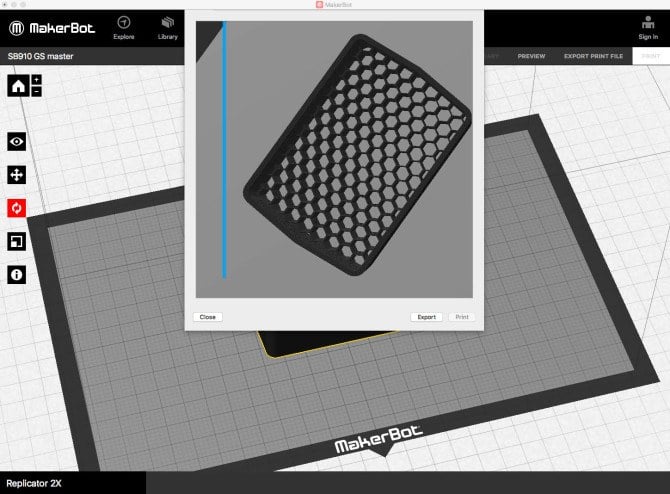 From there, it’s just a case of setting the density of the lattice to give you the cone angle you prefer.  Different densities provide different tightness for your grid. 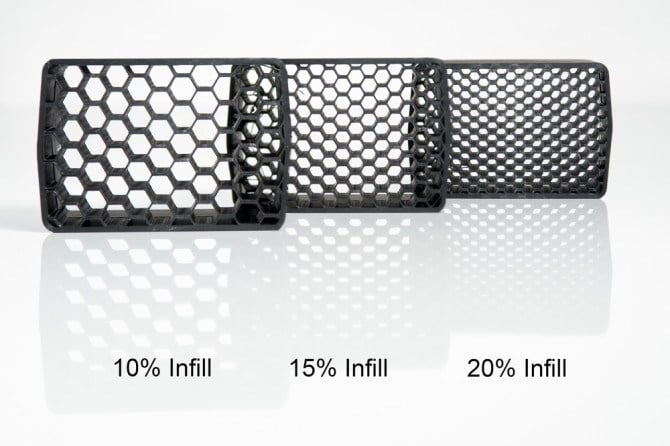 There are many existing generic options out there for speedlight grids, and I use several Falconeyes grids that I acquired a number of years ago.

They work quite well, but I have to mess around with velcro straps, the front of the Nikon SB-900 isn’t perfectly flat, which means they sit at a slight off-angle, and there’s a little light leaking off to the sides, so I end up having to wrap them in gaffer tape as well as the velcro.  They’re not ideal.

Being able to custom print grids designed to be a perfect fit for my speedlight heads sure would make life a whole lot easier.

You can read the full article, with complete instructions over on Chris’ website, and purchase plans for a Nikon SB-900/SB-910 grid that he has already designed for himself.

Do you own a 3D printer?  What have you made with it to make your photographic life easier?

This photographer designed and 3D-printed his own dimmable LED softbox