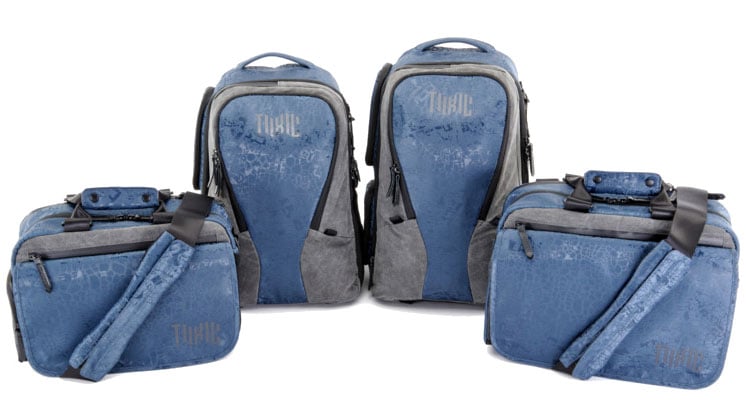 The tripod company 3 Legged Thing has started up a new company making bags and it’s called “Morally Toxic” – which seems a rather odd and unfortunate choice of name to me. According to company founder, Danny Lenihan, the name comes from mixing two ideas “Morally” from its apparent ethical production methods and “Toxic” because it wants to break from the “dull” and “corporate-looking” aesthetic of more traditional bags.

Personally, I’m not sure I know anybody who’d walk around proudly bearing a tag that labels them as “morally toxic” – I think I’ve blocked most of the people who would fall under that particular umbrella. But still, let’s take a look at the bags.

According to the press release, “Morally Toxic is the culmination of five years’ development and innovation in carryology”, whatever “carryology” means. And they’ve kicked off the launch with a pair of camera bags with “reptilian” and “alien” design concepts called Wraith and Valkyrie. One is a messenger style sling bag while the other is a backpack.

The Wraith is a reptilian textured messenger style camera bag. Brand name aside, it looks like a pretty decent one, too. It features a water-resistant and sealed “Frog” pocket that’s accessible from the exterior for stowing your valuables and camera gear in bad weather, it has lots of internal organisation for all your little bits and bobs as well as to stop your gear clunking into each other and it has a side pocket for a water bottle or flask.

There’s also a laptop slot, zip-up flaps that cover the two front organizer pockets to stop thieves from sticking their hand under the flap and easily accessing your stuff, and more hidden pockets for things like cash or passport. All in all, it looks like a pretty awesome street photography bag. Or at least, it would if it didn’t scream “HEY! LOOK AT ME!”. 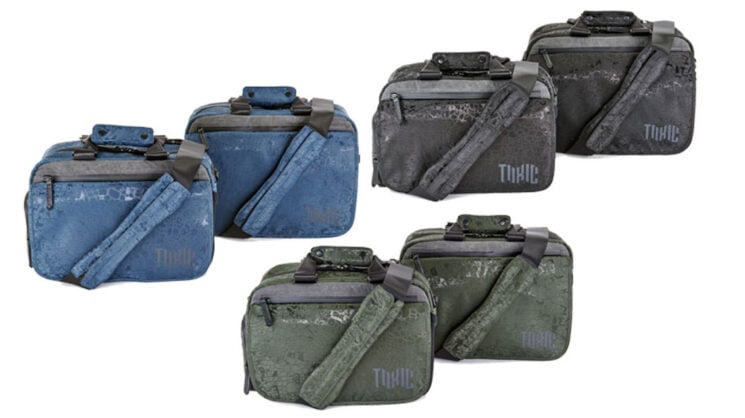 The Valkyrie is what the company describes as the “ultimate” camera backpack. It features the same water-resistant “frog” pocket as the Wraith that stops water from getting into your camera and other delicate equipment, along with “smart storage inside and out” for organising all your stuff. Exactly what makes it smart, I’m not so sure.

Inside it’s padded to keep your gear secure and organised and there are plenty of pockets in the lid and various other parts of the bag for storing spare batteries, memory cards, remote triggers or whatever else you want to carry with you. There are also built-in tripod straps on the outside for… well, carrying a tripod. Naturally, you also get a pouch for storing your drink.

When you just look at the bags, they do seem quite nice, but I’d still never walk around with anything that screams out “Morally Toxic”. Despite the company’s explanation for the name, to your average person on the street, it only says one thing – and it ain’t good.

Still, if you’re interested in finding out more about Morally Toxic and its products, the Wraith is available to pre-order from $210-220 for medium (15L) and large (20L) respectively, and the Valkyrie is $300 (20L) and $310 (25L). Right now it’s still a pre-order but they’re expected to start shipping on November 1st.

Interview with 3 Legged Thing. They are killing Brian… but bringing Albert to life