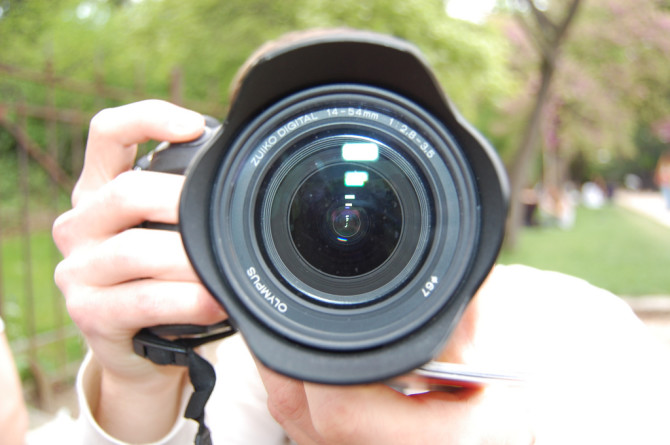 In an announcement made today on Flickr, their Vice President Bernardo Hernandez, has issued an official apology letter to it’s users after launching their Wall Art Marketplace program which allowed other Flickr users to purchase prints of photos in the Creative Commons photo pool, with all proceeds going to Flickr. Though Flickr was not actually doing anything illegal, many photographers were caught off guard by the move and most found it to be morally appalling. Hernandez’s letter starts out:

We’re sorry we let some of you down.

About a month ago, we introduced Flickr Wall Art to allow our members to order printed photos on wood or canvas. Over the past few weeks, we’ve received a lot of feedback from the community and beyond — while some expressed their excitement about the new photography marketplace and the value it would bring, many felt that including Creative Commons-licensed work in this service wasn’t within the spirit of the Commons and our sharing community.

We hear and understand your concerns, and we always want to ensure that we’re acting within the spirit with which the community has contributed. Given the varied reactions, as a first step, we’ve decided to remove the pool of Creative Commons-licensed images from Flickr Wall Art, effective immediately. We’ll also be refunding all sales of Creative Commons-licensed images made to date through this service.”

As you may remember, we reported on the emergence of Flickr’s new Marketplace back in July when it was announced; however, the initial press releases from Flickr regarding the new feature focused on the opportunity for selected photographers to earn money through the service. The fact that Flickr would also be adding Creative Commons images to their online sales catalog was seemingly swept under the rug. In fact, there was no mention of the use of Creative Commons photos being used in the initial press release announcing Marketplace at all.

Reading the comments from the DIYP post in July, some were suspect of the program in the first place. A clear indicator that a lot of photographers have already abandoned hope that Flickr could regain the trust of the very individuals that helped build the photo sharing website into an empire. Though many professional photographers had already abandoned Flickr for a variety of other reasons, for many, the sneaky incorporation of the Creative Commons images into the Marketplace was the last straw. Since the release of the Creative Commons/Marketplace program, hoards of Flickr users have rushed to remove their images from Creative Commons, yet another indicator that folks are fed up with corporate antics. And we’re not just talking about professional photographers here. Everyone from pros to amateurs to the casual smartphone photo snapper have been removing their images.

Given the outrage that has been surrounding Flickr’s latest mistake, they almost had no choice but to remove the Creative Commons images from their Marketplace and issue an apology. My question to you is: Do you think Flickr can survive the Marketplace faux pas and gain back some of it’s momentum? Let us know your thoughts in the comments below.