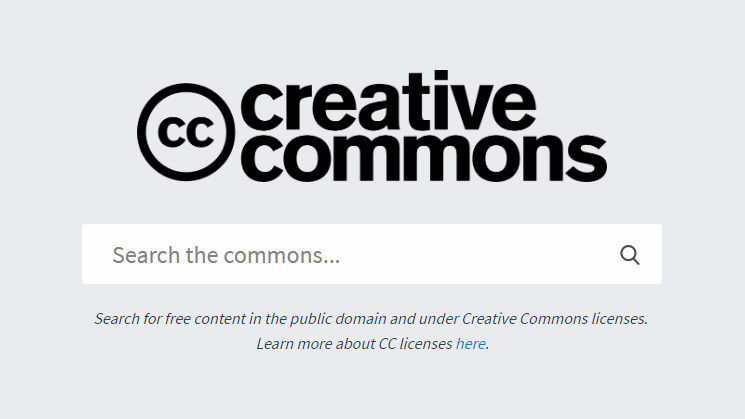 The Creative Commons licenses have been a blessing a curse. It’s allowed people to freely publish their images for other people to use while still having some degree of control over how it’s used. It’s also allowed many people to get access to imagery that they might not otherwise be able to afford to use. But it has also led to a few problems.

There are a number of image search websites out there for Creative Commons content now, including Google Images, but now Creative Commons have combined them all into a single searchable database.

The Creative Commons website has had a search for a while now, but it hasn’t really been very good. It wasn’t so much a search engine before so much as a form that allowed you to enter a search term, choose a website to search, and it forwarded you to that site’s search results.

CC Search is now an actual search engine in its own right, powered by the APIs of various websites that host Creative Commons Imagery and the Common Crawl dataset. Sites like Flickr, which accounts for a massive 289 million of the current image total. Behance comes in second at a hair over 5 million.

In a blog post, CC writes that it is the result of a huge amount of work from the Creative Commons engineering team and a community of volunteers. It includes cultural works from museums, graphics design, photos and interestingly, a set of CC0 3D designs from Thingiverse. Visually, the new search is much cleaner than the old one, now that it uses its own database.

The Creative Commons team’s ultimate goal is to index and provide access to 1.4 billion works released under a Creative Commons license, but initially they’re focusing on “images that creates desire to reuse in meaningful ways”. By the end of Q3 they hope to start integrating open text documents, with open audio coming by the end of Q4.

They do stress that Creative Commons does not verify whether the images are correctly CC licensed, or whether attribution or other licensing information is correct. They say that you should independently verify the licensing status of any content you find through their search system before using it.

The very nature of these sorts of sites is that anybody can upload, claim an image is their own and say that it’s under a Creative Commons license. So, don’t just take it as read that it really is CC just because it shows up in the results.

If you want to have a look through the database for yourself, head on over to the CC Search website.