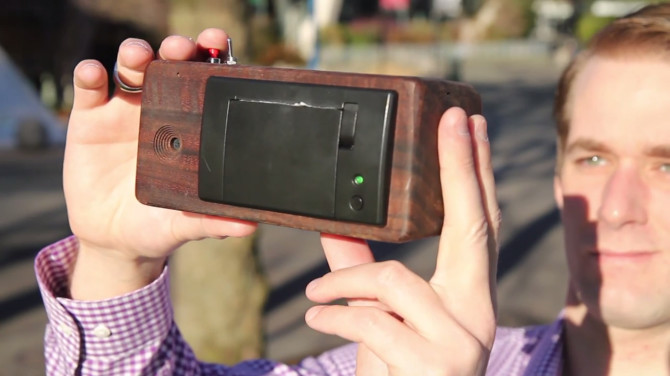 As a camera, the PrintSnap may not be for everyone, but don’t let that stop you from checking out this awesome camera hack. The prototype of the instant camera featured in the quirky video below, was handcrafted by electronic tinkerer, Ch00f, who had an epiphany while waiting in line at the local Nordstroms. The quickness in which the receipt was printed using a thermal printer inspired him create a device that would further utilize the printing technology. After mulling over a couple initial ideas for a couple years, Ch00f finally set them aside and decided to create the PrintSnap.

Now, after just  three months of construction, a prototype is finished. Take a quick look at the funny spoof like video he’s created to show people his invention:

The PrintSnap allows you to take JPEG images and have an instant print all with the same device at a (less than) pennies on the dollar when compared to the cost of printing an instant photo on Impossible film. However, seeing as how the images are printed on the cheap using thermal receipt paper, image quality is obviously going to be lacking. Thermal printers use no ink in their printing, rather a thermal printer’s print head strategically applies heat to specific spots on the thermal paper, thus burning the image into the heat sensitive paper. This means any photos taken with the PrintSnap will be printed out only in black and white. 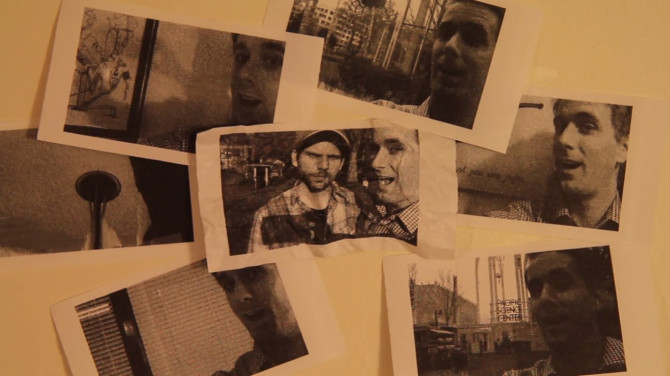 But, for Choof, whose main goal is to bring back the instant picture and make it an affordable again, the image quality issue isn’t an issue at all. He says image quality as a whole generally gives way to convenience and accessibility. Obviously, not for most professional photographers, but for the photographers who would be interested in such a novelty camera, the quirkiness of the thermal paper prints are all part of the charm.

Ch00f has a really great, extensive write-up on the build over his blog that you should definitely check out if you’re interested in the DIY aspect of this story. But, to give you an overview of what went inside this clever hack, here’s a list of the main components:

You can find all the documentation and schematics he has on each of the specific parts over on his blog. While you’re there, you can also read about the extensive amount of coding and troubleshooting into the project.

Create Huge Black And White Prints On The Cheap

« Flickr Issues Apology, Removes Creative Commons Photos From Marketplace; But Is It Too Little Too Late?
Three Ways To Photograph A Perfect Watch »