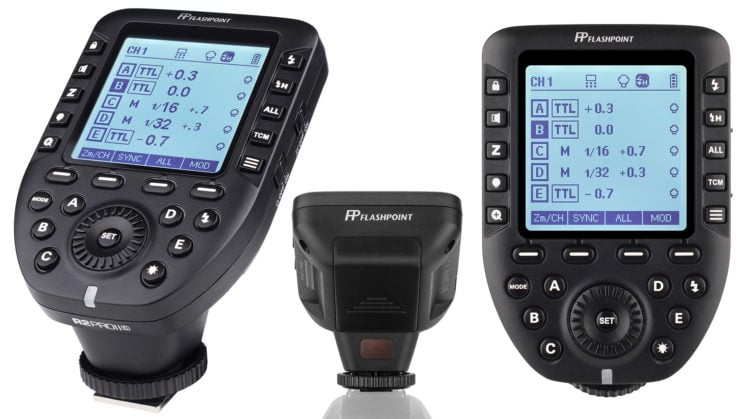 In response to user feedback over the Godox XPro trigger, Adorama has now announced the R2 Pro Mark II trigger for Canon. Don’t worry, Nikon. Sony, Fuji, Panasonic/Olympus and Pentax versions will be coming soon. It’s got a whole lot more buttons (they’re backlit, too!) and some very cool enhancements over the original.

It seems that this trigger is an original Adorama design, according to various comments over on FlashHavoc. It seems that it’s been in development for a long time, too. FlashHavoc says that this was the original concept that Adorama sent to Godox for the XPro. But Godox didn’t like the layout and was able to produce the XPro we have now much sooner. So, that’s what we got. 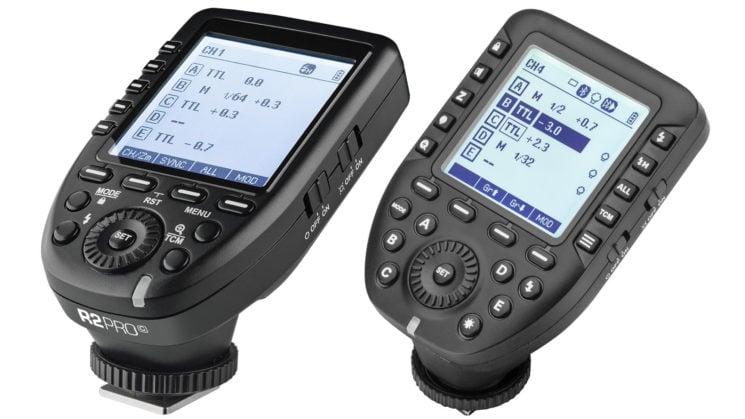 But now Adorama’s own Flashpoint version is ready. The Mark II is what the XPro was originally supposed to be. And this one truly is Adorama’s “Pro” Flashpoint trigger, not simply a Godox rebrand. But, it’s fully compatible with all of the Godox kit.

So, let’s have a look at what Adorama describes as the R2 Pro Mark II’s significant new features.

We have a larger control dial, which will be easier for those of you with larger fingers, a second test fire button for individual groups, and more refined power control over modelling lights. You’re also able to dig deeper into high speed sync to customise the settings, the LED backlight gets its own dedicated button. That one’s very handy. When the light goes out and I want to see the screen, I have to press a button and hope I didn’t change something to get it to light back up again. 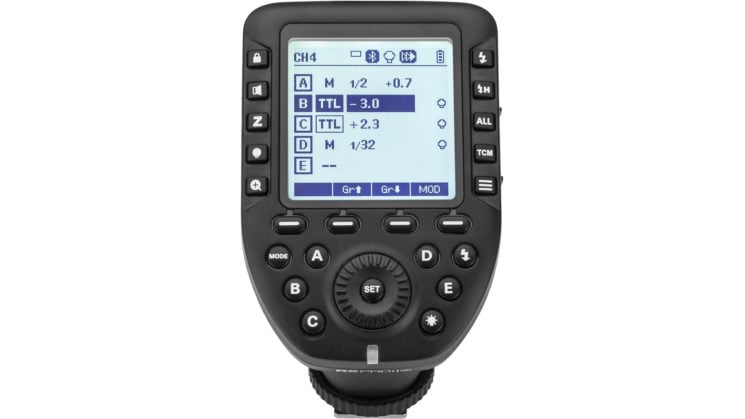 The adoption of built-in Bluetooth is for Smartphone App control. So, it will entirely replace the need for the Godox A1 in your setup. I’ve been using the A1 a lot more since they finally released the Android app. It’s ideal for products and composites where you want the camera to be perfectly still between shots while you move things around. Now I’m able to adjust the camera and the lights, as well as fire the camera, without ever having to touch it. No more misaligned frames.

Seeing this feature built into the trigger is great, but it does make the Godox A1 something of a redundant product now. If your phone can talk directly with the R2 Pro Mark II, instead of talking to an A1 with the camera’s trigger in App mode, then you don’t need the A1 at all anymore. It’s not yet clear, however, whether it will use the existing Godox existing remote app, or whether Adorama will be releasing one of their own.

I mentioned Flash Havoc earlier, but they’ve got a great write up on the new trigger. They say they’ve been testing prototype units for the last six months. So, they’ve gone really in-depth to talk about its new features and capabilities.

But it essentially sounds like the love child of the XPro and the A1 after being fed a whole lot of steroids.

What’s really cool, though, is that this new trigger is being sold for the exact same price as the current model XPro trigger. It’s available to pre-order now on the Adorama website for only $69. No word on a shipping date yet. They do say that Nikon. Sony, Fuji, Panasonic/Olympus and Pentax versions will follow.

It will be interesting to see what people think of the XPro vs the XPro Mark II once they become available, given that they were developed by different companies. Personally, I’m very happy with my XPro triggers, but I am very curious how this one handles by comparison and if those extra easy access buttons will speed up the workflow or just confuse and hinder it.

Word is that Adorama are looking for distributors outside of the USA, so once a Nikon version hits the UK, I think I’ll be getting one to give it a whirl.

« This photographer captured 1,000 ft of spider web covering a Greek town
A 48-hour project to merge a Hasselblad 500C/M and a FujiFilm Instax 9 »