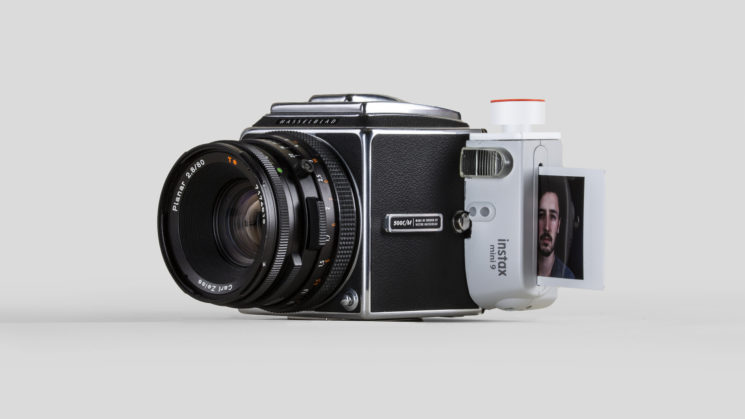 Instant photos are magical. They develop before your eyes. You can share them, gift them, spill water on them, draw on them. The only problem is that most instant cameras are pretty cheap — that’s why I’ve always wanted to hack my medium format camera to take instant photos with shallow depth of field and sharpness. This project was created in collaboration with Eddie Cohen over the course of one weekend. 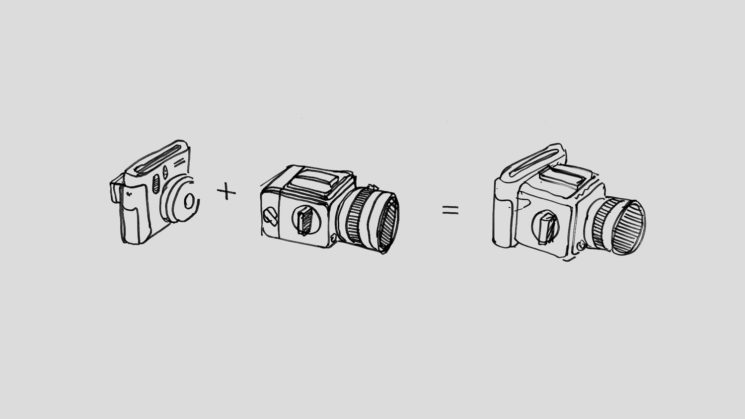 Hasselblad made a large polaroid back for the 500 series to help photographers check their metering and lighting before exposing film. I’ve played around with one a bit, but the back is pretty bulky, the film is expensive, and the film area is larger than the camera can expose. You’re left with an off-center exposure. 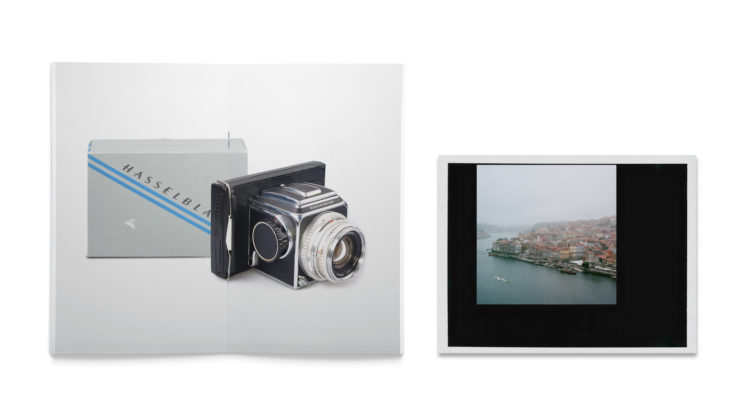 We began by taking apart the FujiFilm camera in an attempt to understand how the internal mechanisms work. 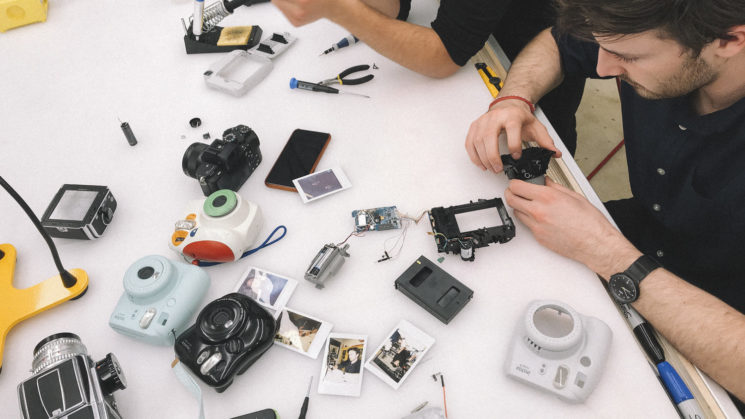 If you’re going to try taking apart any sort of camera, be careful of the flash capacitor. It stores enough energy to give you a good zap. You can discharge it by shorting the two contact points closest to the capacitor — just make sure you’re holding a non-conductive handle. 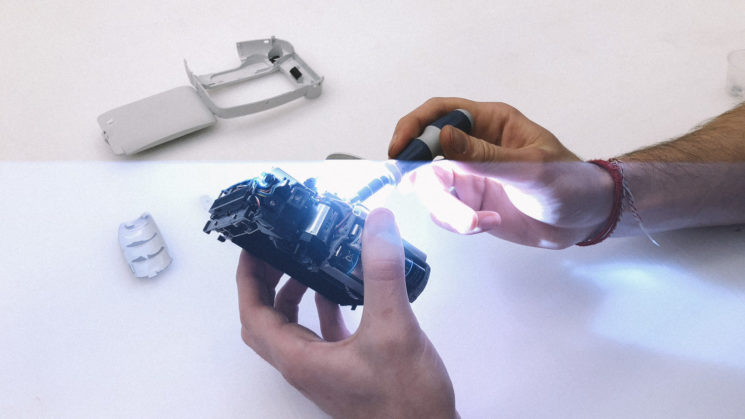 The ejector is one of the most complicated mechanisms. As the exposed film leaves the camera, it is pulled through a set of tensioned-rollers that evenly spread the developing chemicals over the film.

It was important that we could align the loaded film as closely to the body of the camera as possible so that the focal distance of the viewfinder would match the film. To get the instant-film closer to the exposure plane of the Hasselblad, we ended up removing all of the automatic film-ejection mechanisms from the Fujifilm, and opting for a custom mechanism made out of laser cut acrylic. 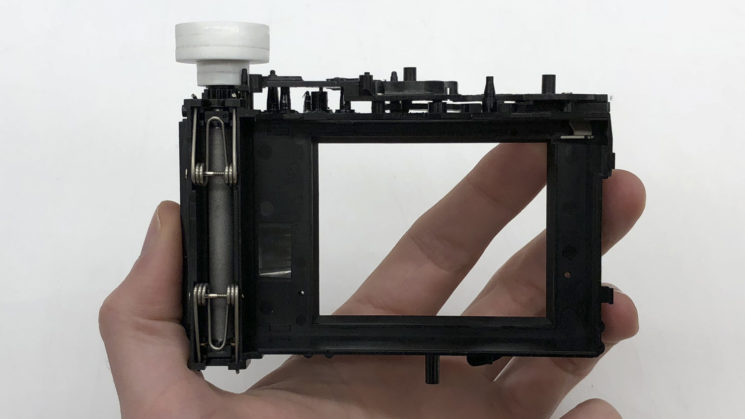 One of our biggest challenges was making a custom mounting plate that matched the back of the Hasselblad to the FujiFilm and didn’t leak light. We made a template based on the Hasselblad and laser cut matching groves into a piece of acrylic. Our solution works OK — light still leaks in direct sunlight. We’ll keep telling ourselves that this adds to the charm. 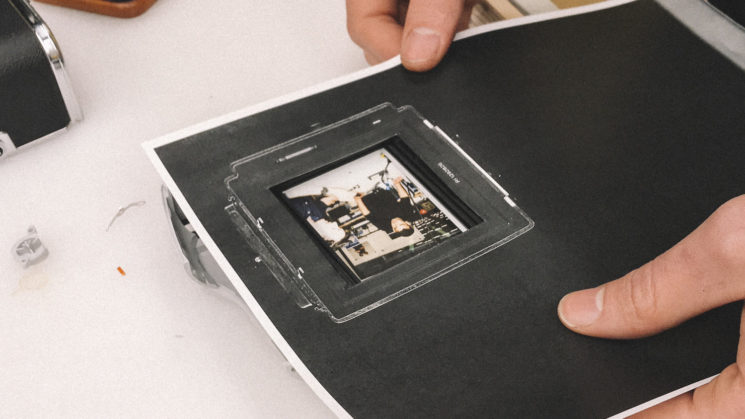 Here are the remnants of the FujiFilm camera and a few custom parts we created using a laser cutter. 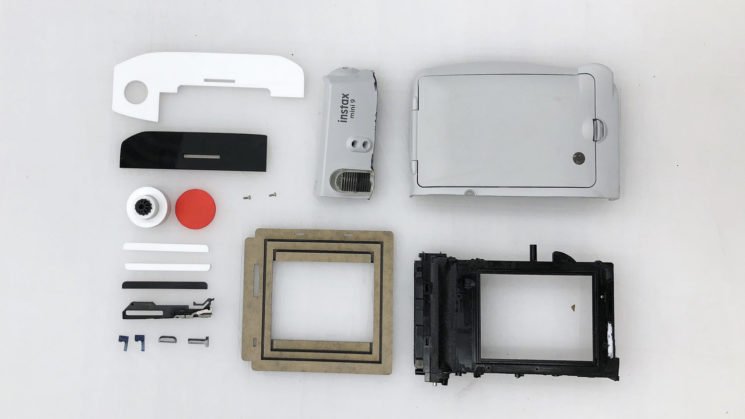 And here’s a side-by-side comparison of a standard Hasselblad film back and our instant back. 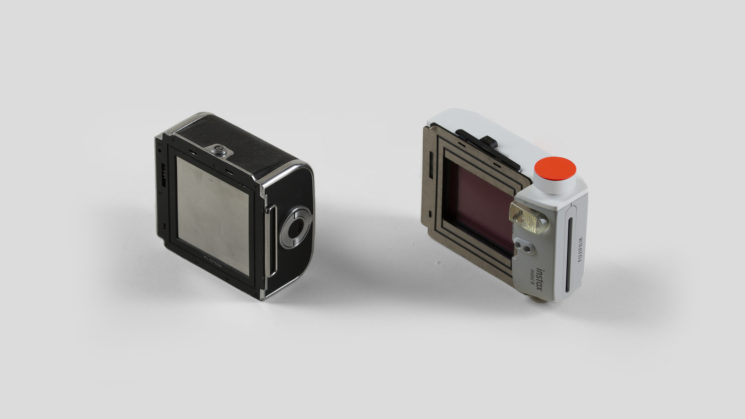 We were really happy with our first tests. The full frame of the film is exposed and the images are sharper than we’ve ever seen on this type of film. There are still a few on-going issues with light leaks and with focusing because of the slight difference in focal plane length. 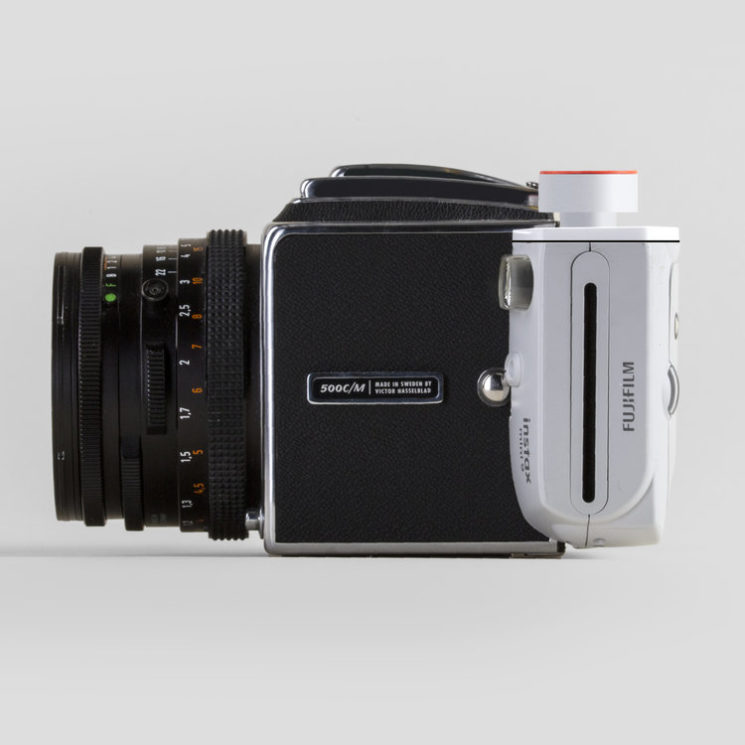 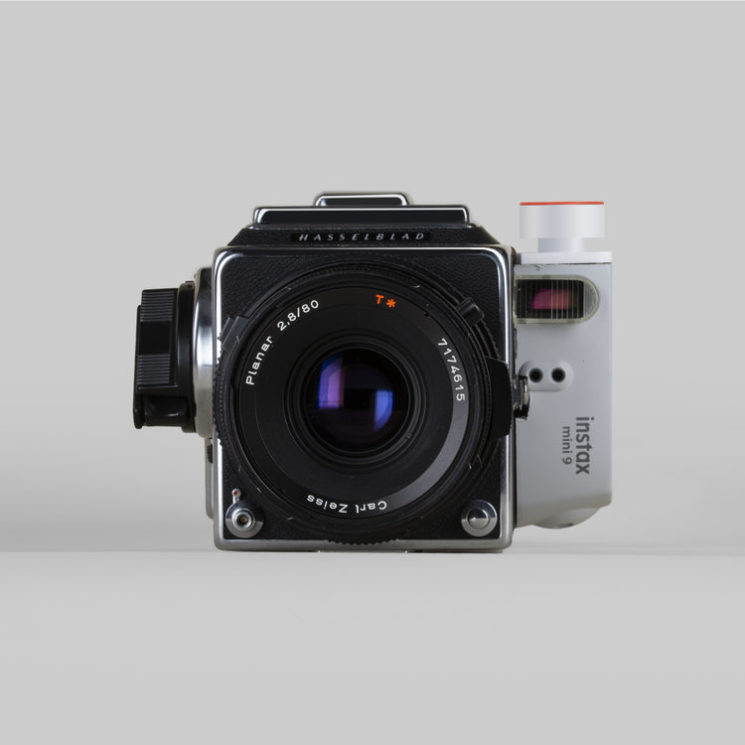 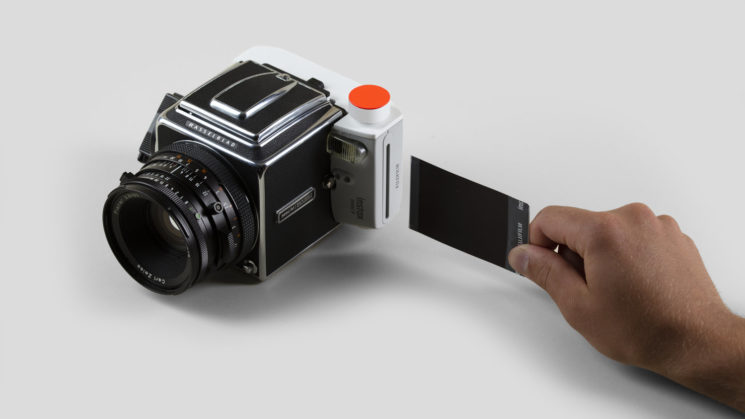 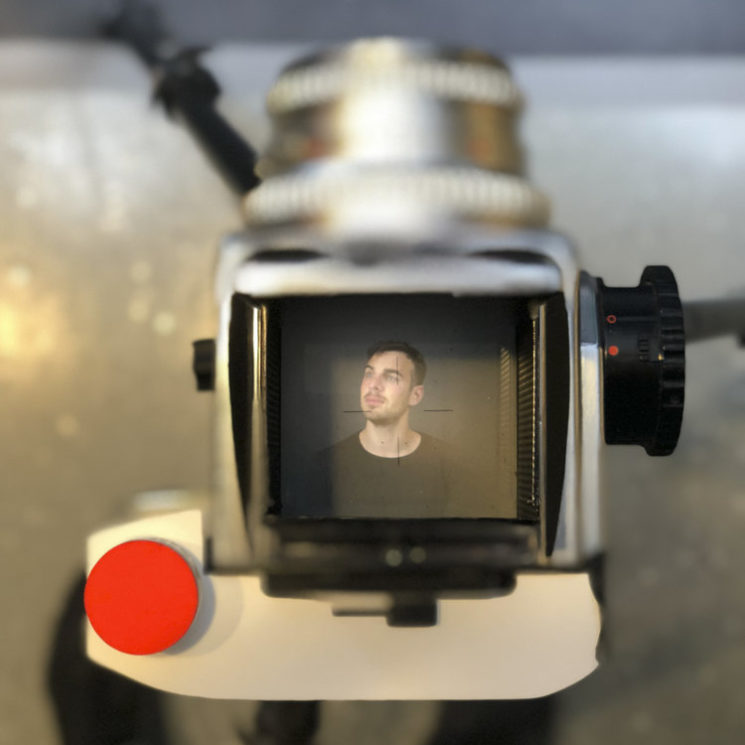 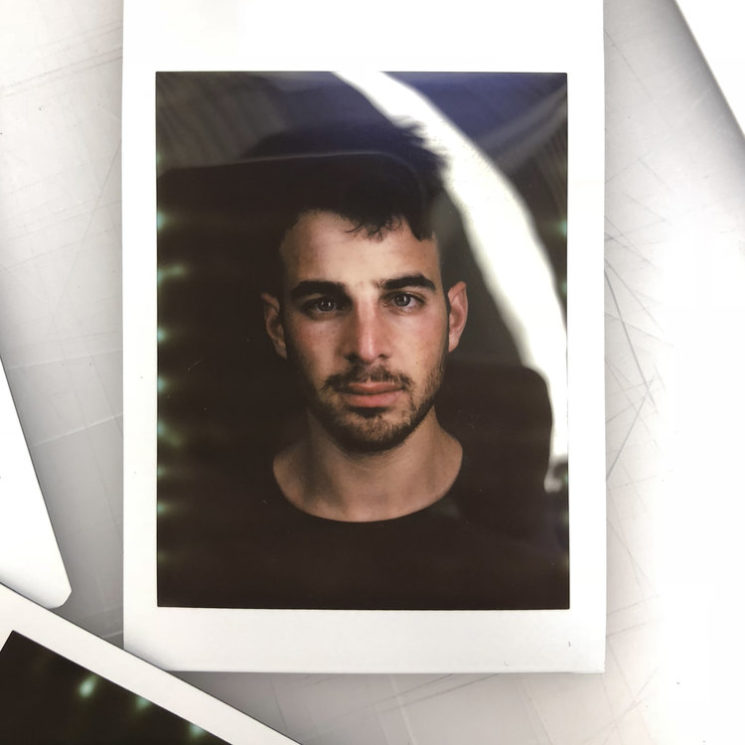 Working under a time constraint proved to be extremely helpful not only to keep us accountable, but also to keep us from over-thinking the design. We tried not to lose the distinct form languages of each camera, to create an object that felt like 1950’s Swedish design and 1990’s Japanese design fused together.

I’m looking forward to running around the city with this strange franken-camera — check back for more photos soon. 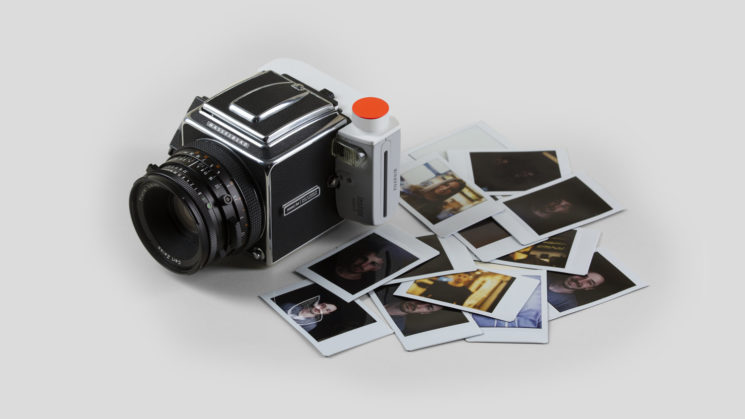 Isaac Blankensmith grew up in Seattle, and now lives in Brooklyn.  He attended Rhode Island School of Design where he received BFA in Industrial Design with honors. After graduating he was accepted into the Google Five, a one-year residency at the Creative Lab in New York City, where a team of five young creatives from various backgrounds collaborate on the future of technology and design. Since completing the Five program, Isaac has joined the Creative Lab as a full-time designer. You can see more of Isaac’s work on his website and follow him on Instagram and Twitter.