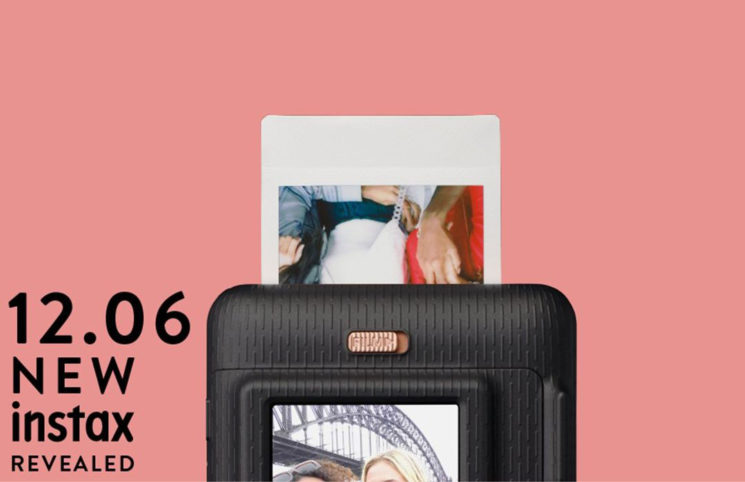 It was two years ago when Fujifilm introduced SQ10, its first analog-digital hybrid. The company is now teasing another Instant camera with LCD screen, and it’s possible that this time it will use the Instax Mini instead of Instax Square film.

Instax HQ tweeted about the upcoming camera, but without revealing too much detail. The official announcement arrives on 12 June, and all we know so far is that the new camera will feature an LCD screen. Well, at least that’s what we know officially.

Introducing the new instax, perfect for the new age. All of the highly anticipated details will be revealed in full on the 12th June, but we’re giving you a sneak peak of one of the new instax’s very special features – an LCD screen. #instax #neweranewinstax #newinstax pic.twitter.com/xrPuO1vdDo

Earlier this month, the upcoming Instax camera leaked online. There are some images showing its large LCD screen and slim design which reminds me of compact point-and-shoot cameras. The leaked user manual shows the build of the camera as well as the name, Instax Mini HM1 or LiPlay. And indeed, it seems that it will use the Instax Mini film.

For now, we don’t have more details. I’m personally curious to learn whether the LiPlay will also shoot video like the SQ20, but judging from the user manual, it won’t. So, unless there are any new leaks, I guess we’ll have to wait until mid-June to find out more about the camera and its price and availability.