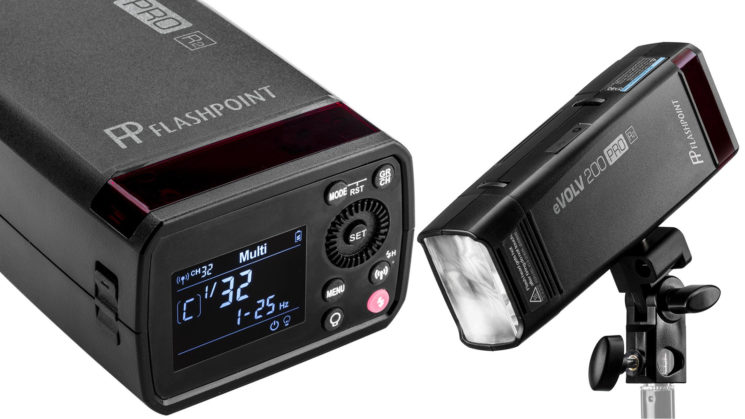 As a follow up to my post from a couple of days ago, it looks like there is indeed a Godox AD200Pro coming quite soon. The launch of this model was inevitable, really, however, I don’t think many people expected it might come so quickly – especially as many are still waiting for those AD400Pro modifiers & remote head, V1 round head speedlight and other bits.

But now Flashpoint eVOLV200 Pro listing has appeared on the Adorama website, first spotted by the folks at Godox.blog, which definitely isn’t just your original AD200. It appears to have the same form factor, but with some rather noticeable differences – like the redesigned LCD to help offer it a little more protection.

Oddly, the listing is currently marked as “Discontinued” on the Adorama website, and there are no specs to go along with the light. It’s also listed as an “Adorama Exclusive”. So, whether this is indeed “exclusive” as in “designed by Adorama but built by Godox” like the R2 Pro Mark II trigger, or it’s just exclusive distribution in the USA, as it was with the AD600TTL, I don’t know. But there’s quite a lot we can figure out from the photos about possible changes. For a start, let’s look at that LCD.

The complete all-over cover for the LCD is gone. This was one of the biggest complaints about the original Godox AD200. While there aren’t any strobes out there that are designed to be bounced off concrete, the LCD in the original does seem to be quite fragile given the number of posts I see about broken ones on social media. Personally, I just don’t drop my lights, but when companies go to the lengths of designing bumpers to protect them, it’s probably worth addressing.

And addressed it they have. While the LCD display itself doesn’t appear to be any different (although this is just a product photo), its surroundings have. It appears to be slightly recessed inside the edge to help prevent impact damage. The infrared cover for the optical slave also appears to be a little more protected now, as it’s not sitting right on the corner of the unit.

It also sees a couple of extra buttons, including one to turn modelling lights on and off. Although I wouldn’t get much hope that the bare bulb head will see a modelling light. It appears to use the same head attachments as the existing AD200.

The good news is that this means it should be compatible with all the existing AD200 head alternatives, like the recently released H200R round head, EC200 remote head extension, AD-B2 dual head mount and the AD-L LED head. But, if it’s not getting a bulb design refresh like the AD600 did when that went “Pro”, will the AD200Pro see the same kind of colour accuracy and consistency that its larger siblings have? 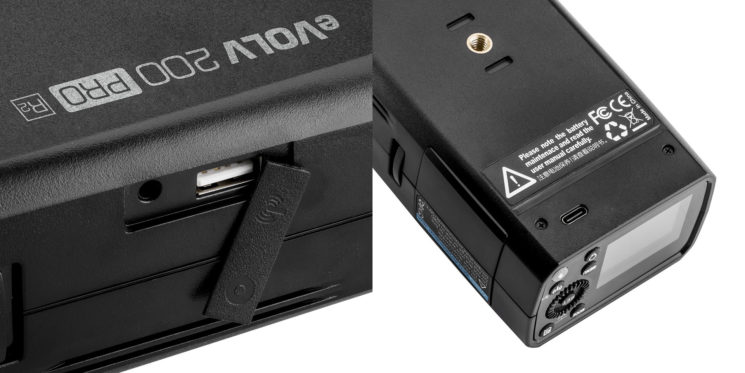 On the side, we see the usual external trigger & sync ports, but underneath we see a new Type-C USB socket. So, gone is the fiddly and flimsy micro USB socket.

If what is listed as “Discontinued” on the Adorama website under the name eVOLV200 Pro is actually the Godox AD200Pro, then it’s nice that they’ve stuck with the same form factor. But it does make me wonder if the AD200Pro holds the same sort of promise that the AD600Pro did over the AD600, or if it’s simply a cosmetic upgrade to fix the vulnerable LCD issues.

I suppose only time will tell. If you want to see the rest of the photos, head on over to the listing on the Adorama website.

Watch as this Flashpoint/Godox battery pack explodes on camera