The Godox round head speedlight, first teased during Photokina 2018 is finally a real, finished, final product. Now it has an official name, too, the Godox V1. And it’s coming a month or two sooner than expected. Rob Hall has gotten his hands on one, and in this video he goes over its major features

As well as the drastic head shape change over the previous Godox speedlights, the new V1 sees some very useful upgrades in the interface. The first of these is the foot, which we’re going to get out of the way first. As with the previously announced Godox X2T trigger, the V1 also contains the new flip lock foot, instead of the basic screw lock system seen in previous speedlights. 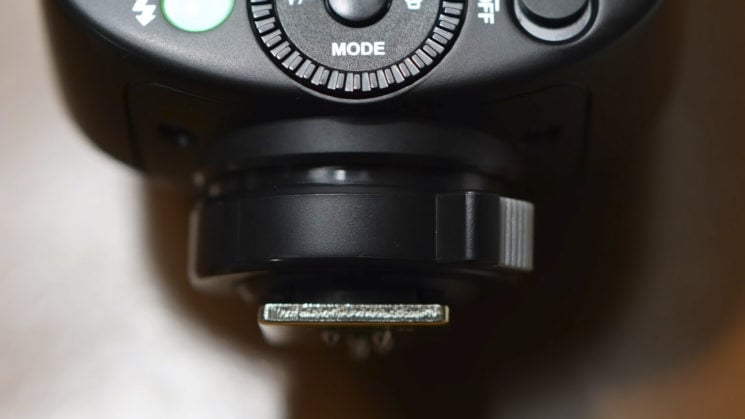 This new flip lock foot allows you to quickly and easily lock the flash into place on top of a camera or stand, as well as quickly remove it. And this is now going to be standard on all Godox speedlights and triggers moving forward.

Now, the headline feature, the round head. The front of the round head on this speedlight is the same size as the Godox H200R round head attachment for the Godox AD200 flash. It’s also magnetic and compatible with all of the magnetic modifiers in the AK-R1 kit that fit the H200R, too. 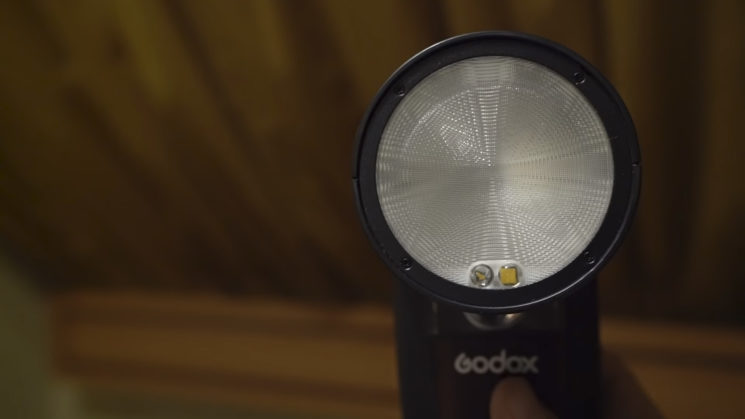 The big difference between this and the H200R, though, is the bulb. Like a traditional speedlight, the Godox V1 has a Fresnel head. And it’s zoomable from 28-105mm. The H200R is basically just a bulb in a reflector with a diffuser on the front and no zooming capabilities. So, you won’t get exactly the same light cast pattern coming out of the front of both lights.

One thing that is rather cool about the Godox V1 flash head, aside from being round, is that it tilts backwards. Most speedlights go from a forward facing position to a straight up vertical. This one tilts even further back, which will be very handy for event photographers, so you don’t have to mess around with rotating the flash head.

It’s a proprietary case containing two 18650 lithium-ion cells. The same kind of cells we often see in gimbals. The Zhiyun Crane 2 and Crane 3 LAB, for example, each use three 18650 cells). These batteries improve the V860II and V850II’s already impressive recycle time by cutting the V1 full power recycle down to around only one second.

The dial on the back of the base to adjust power also features a D pad for up/down/left/right options to sift through menus and to increase or decrease power by whole stops. Rob notes that he would’ve liked to have seen group selector buttons on here, like on the Godox XPro (or the new X2T), but alas it is not to be.

Rob dives into a more of the details in his video if you really want to dive into what it offers. It’s definitely worth a watch if you’ve been waiting for this one to be officially announced, or if you’re just curious to see what’s new.