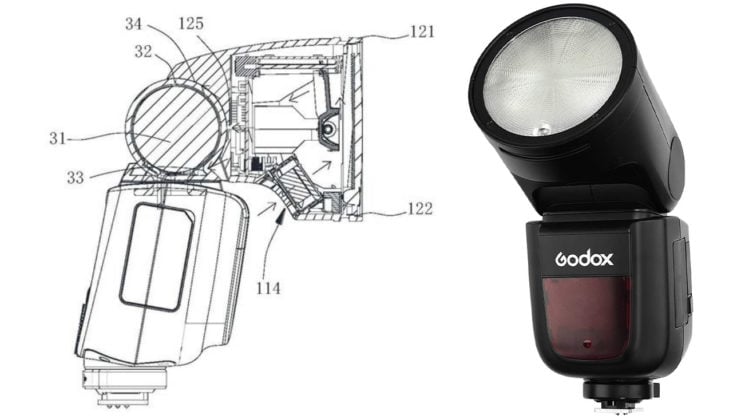 This seems a little bit weird, but not an entirely unreasonable idea. Godox has filed a patent that looks very similar to the existing Godox V1 speedlight, except that this one includes a built-in cooling fan below the lamp assembly. Lighting Rumours believes that an announcement for the improved “V1 Pro” is imminent.

In all other respects, the V1 and new “V1 Pro” detailed in the patent seen to be largely identical. Both will have similar zooming circular heads, both feature the magnetic mount for the AK-R1 kit and other round magnetic modifiers, and both are powered by seemingly the same lithium-ion battery.

I imagine there will be a number of small tweaks to the firmware and improvements to the general electronics, but the addition of the cooling fan seems to be the only major change so far. But it will be a welcome one. There’s no active cooling on the original V1 and many wedding and event photographers complained about the unit due to overheat warning issues kicking in.

Personally, it’s not been an issue I’ve faced with the V1, but I’m not doing rapid-fire events. A firmware was eventually released to slow down the recycle time as the flash got warmer, to allow you to keep shooting, even if at a slightly slower pace. 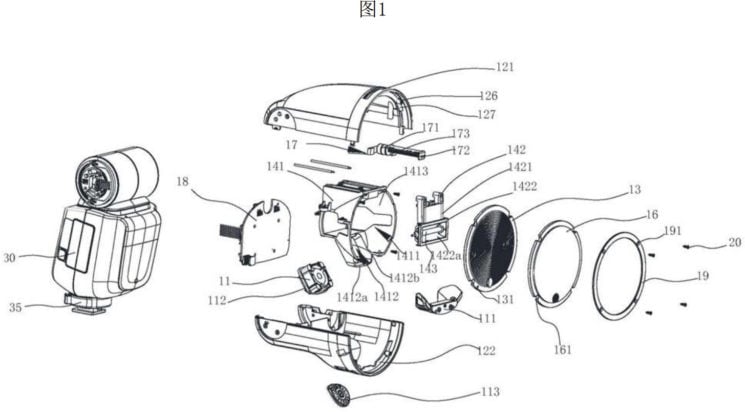 The V1 Pro could, in theory, never face that overheating issue or have to slow down, thanks to the fan. It does work a little differently than you might expect, though. Unlike fans that you might find inside your computer or larger studio strobes and LEDs, this fan doesn’t act as an exhaust. Instead, it appears to be an intake, pulling in cool air from outside the flash and pushing it towards the flash unit itself.

Going with a positive pressure system in this way isn’t usually the option most go for with electronic tech. Generally, they lean in favour of the negative pressure exhaust system, which blows the hot air out and then the negative pressure inside the unit forces it to suck ideally cool external air in through vents. Going with a positive pressure system has its potential issues (namely, ironically, the fan overheating and burning itself out), but it may work well if there are enough ways for the air to pass over the flash internals and escape.

So, it will be interesting to see how well the system works and its durability over the long term, should Godox choose to release it. After all, it’s a patent, and there are never any guarantees with patents. It might come, but modified or it may never come at all. But, the V1’s been out for a little while now, and it could prove to be a significant update for wedding and event shooters who are held back by overheat recycle times.

For now, though, you can see the full patent here.

Are you hitting overheating issues with the original V1? Will you upgrade to this?