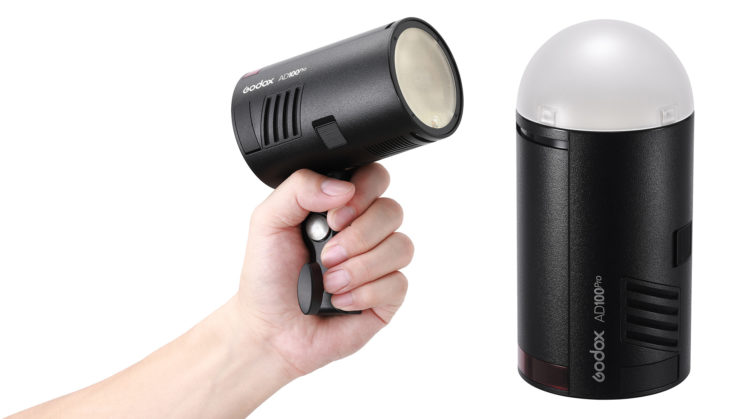 Godox has launched its tiny new Godox AD100Pro strobe. Coming in at a modest 100Ws, it’s significantly smaller than even the AD300Pro strobe, which is already pretty compact, and is powered by the same battery as the Godox V1 speedlight. As with all of the strobes in the Godox lineup, it’s compatible with the Godox X 2.4Ghz wireless system,

Unlike the AD300Pro, this new tiny light has no bare bulb and features just the round head with magnetic modifier mount, like the V1 and the Godox H200R round head for the AD200 and AD200Pro lights. But it does fit into the Godox S2 bracket for when you want to add Bowens mount modifiers.

The Godox AD100Pro comes in at a very diminutive 120x76x76mm, which is substantially smaller than the AD300Pro’s 190x100x90mm. This is helped by the fact that there’s no bare bulb or Godox modifier mount on the front of it. Instead, it features just the round Fresnel head also found on the Godox V1 and H200R round head. But this opens it up for use with Godox’s range of magnetic modifiers. 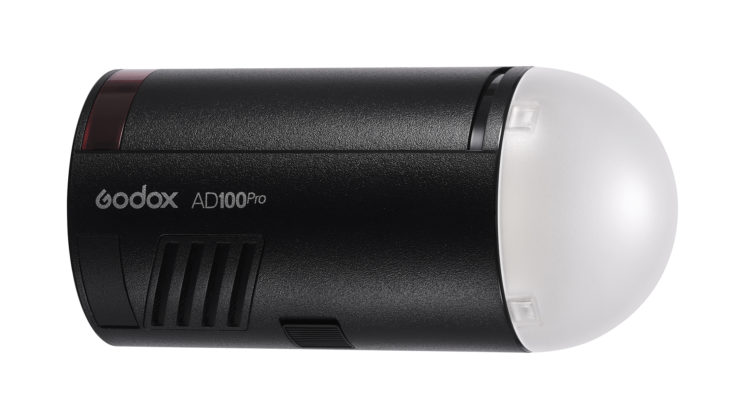 As one would expect, it is compatible with all of the existing lights and triggers in the Godox X 2.4Ghz wireless system, allowing you to mix and match it with your other Godox speedlights or strobes. Its size and shape makes it ideal for things like weddings and events where you want to pack small and light, but possibly need a little more power than a speedlight can muster. Using the same battery as the Godox V1, it offers 360 full-power flashes on a single charge.

The Godox AD100Pro is available to pre-order now for $299. The light itself comes with a carrying case, charger & USB cable, a battery, the AD-E2 light stand bracket and an instruction manual. Shipping is expected to begin in March. You can find out more about the Godox AD100Pro on the Godox website.