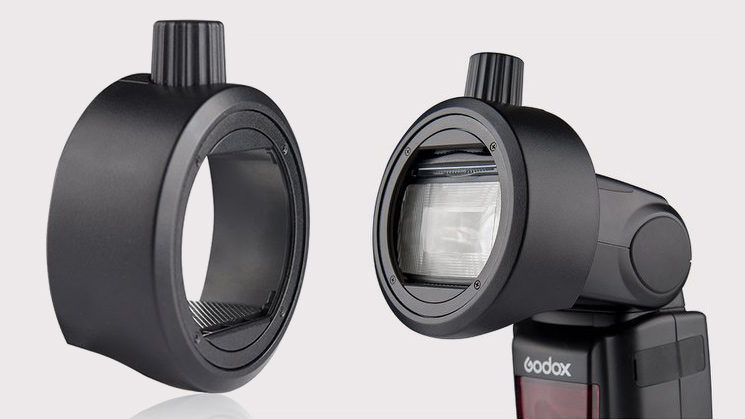 It’s not quite the round head speedlight we’ve been expecting, but it’ll certainly come in very useful for those who want to be able to use those AK-R1 modifiers on their speedlights while we wait.

The Godox website appears to be down at the moment, but the announcement was made earlier today through their Facebook page with the above video. 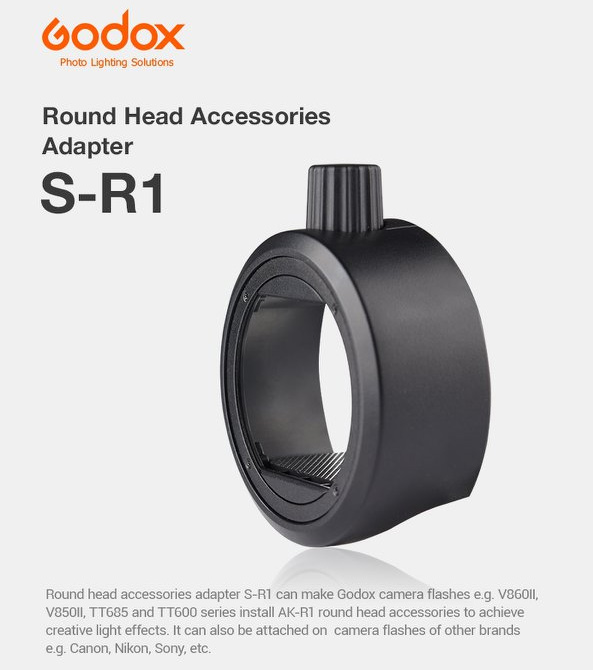 It’s compatible with their current model speedlights including the TT600, TT685, V850II and V860II (and their various Pixapro, Flashpoint and other rebrands around the world), and holds the modifiers that come as part of the AK-R1 accessories kit. This means you get access to use the quick and easy magnetic dome, flag, grid, snoot, gels and other doohickies included in the set. 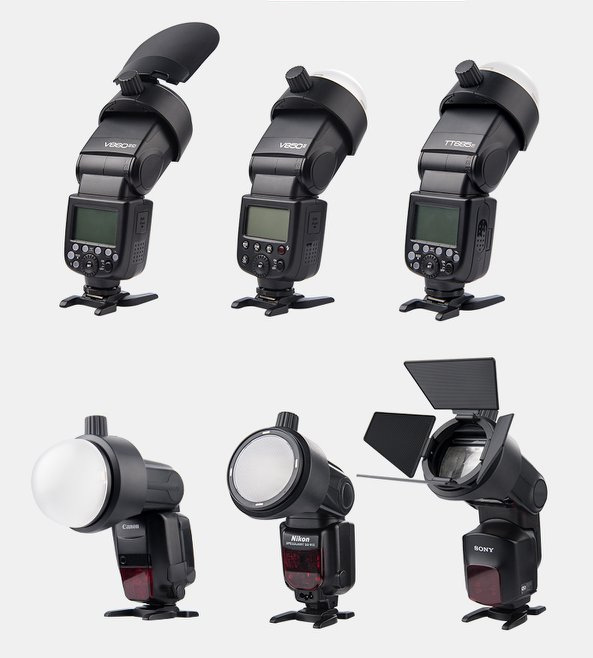 All you need to do is turn the screw at the top, slide it over your speedlight head, and then turn the screw the other way to clamp it down, and now your speedlight has a round metal surface to which the magnetic modifiers can be attached. Rubber mats inside the top and bottom of the adapter hold it firm to the head of your speedlight. And it should work with any speedlight that can physically fit through that hole when fully open.

There’s no word on exact pricing for the S-R1 yet, although I can’t imagine something like this would be too expensive. Godox also hasn’t said anything with regard to availability, either, except to say that it will appear at the usual retailers “soon”. When it comes back up, you’ll be able to find out more about the Godox S-R1 on the Godox website.

We haven’t heard any more about a dedicated round head speedlight, yet, since Photokina 2018, except to say that it will be launched “in the following months”. We’ll be sure to update you when we hear something new.