The new round head for the Godox AD200 looked intriguing when it was first announced. And while they’re not quite shipping just yet, photographer Rob Hall has got his hands on one. He decided to put it head to head against the AD200 using the Fresnel head with the MagMod magnetic modifier system to see how they compare.

While Rob admits that he’s not an expert with the MagMod system, he has been using them for quite a while. So, he’s considering how the new round head compares to MagMod for his own needs. But the first comparison has to be the bare unmodified light. How does the new round head actually put out light compared to the Fresnel head? 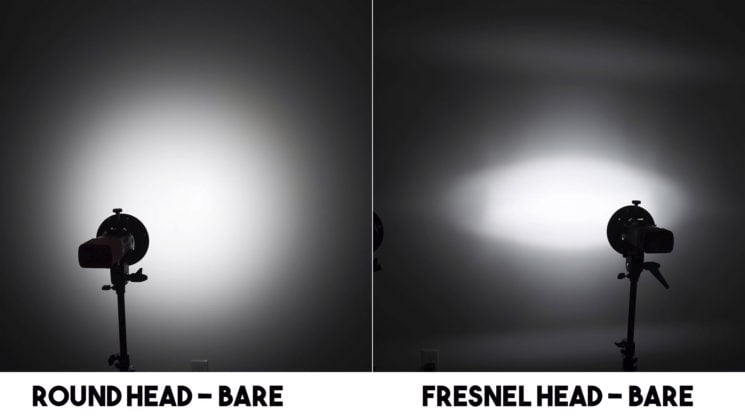 Well, it’s pretty clean, if the image above is anything to go by. A nice round projection with a smooth falloff and no obvious bright hotspot – unlike the Fresnel head on the right. Of course, Fresnel heads are specifically designed to focus and project the light straight ahead. So, it’s going to have that bright hotspot, odd shape, and weird falloff.

But how do the two stand up once we start using the modifiers? While the modifiers between the AD200 round head and the MagMod aren’t identical, they are somewhat equivalent. Both have a reflector, a snoot, and a grid. But they don’t reshape the light in quite the same way as each other.

But putting the dome on the round head vs the Magsphere looks pretty close. You can still see that distinctive shape from the Fresnel head. It’s still not quite as round as the round head with the dome, although it’s much smoother. The dome doesn’t seem to make that much difference vs bare, though on the round head. 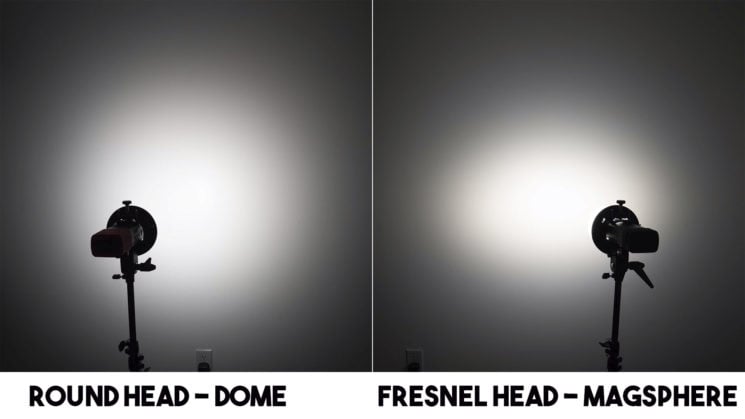 Although the above images aren’t identical, they’ll probably be close enough to each other to satisfy many needs. Where things start to really differ is when we use snoots and grids. The MagMod Maggrid on the Fresnel head is clearly much more focused than the round head grid, which may or may not be exactly what you want. Again, you can see that shape of the Fresnel head, but it falls off quite nicely. 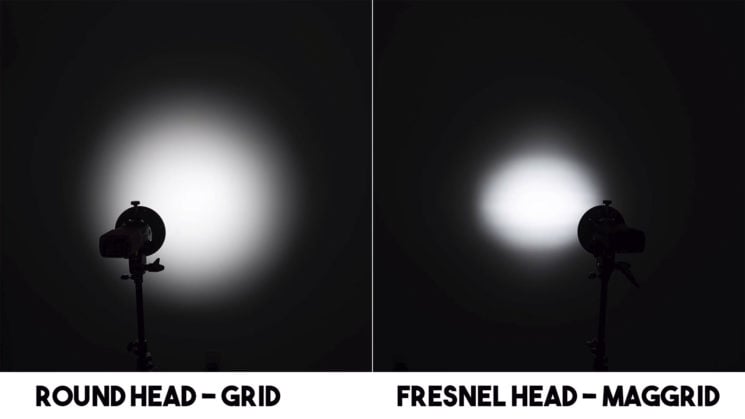 Similar story when it comes to the snoot. The round head snoot shows a much larger projection than the Magsnoot. Now, much of which is “better” will boil down to your needs and preferences, although typically when using a snoot, it’s to get a result similar to that on the right. By any standard, the image on the left is a pretty large projection for a snoot. 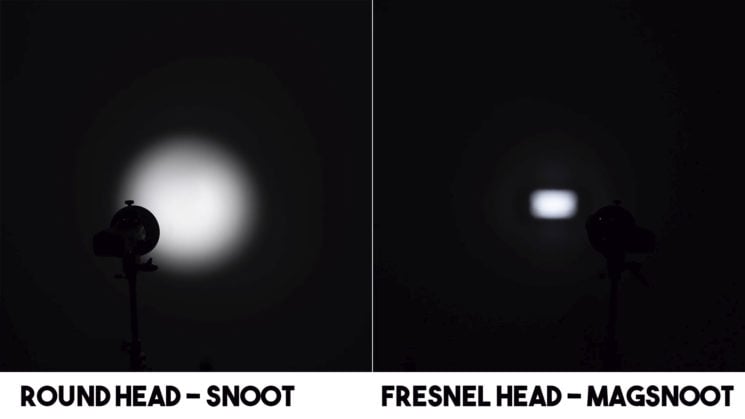 The bounce card included with the round head vs the Magbounce is an interesting comparison, because while they both effectively do the same thing, they do it in different ways. The Magbounce is curved to help project more of that light forward more smoothly and evenly. The Godox bounce card for the round head lets a lot of light escape above, meaning you’re losing quite a bit of power. 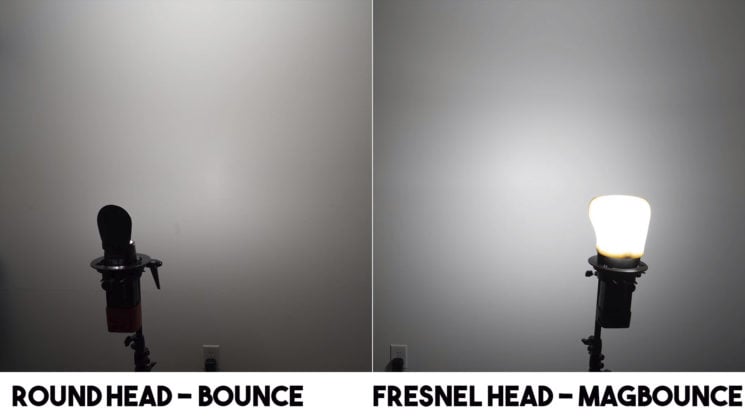 But, like the Profoto A1 speedlight, the reflector on the round head offers one advantage over the Magbounce. It’s reversible. This means you can actually use it to flag off the light when needed, too. Rob also tests the gels for each, where he notes some slight colour issues that might be important for you.

The interesting thing here for me is that there doesn’t seem to be a clear winner. Sure, there are definitely times when one or the other will shine or fail over the other. But they’re both good and bad at different things, and ultimately, which is “better” will be subjective based on your own needs.

The Godox AD200 Round Head is currently available to pre-order for $79, with the accessories at $59, on the Adorama website. The MagMod range is available at a range of prices depending on what you want.