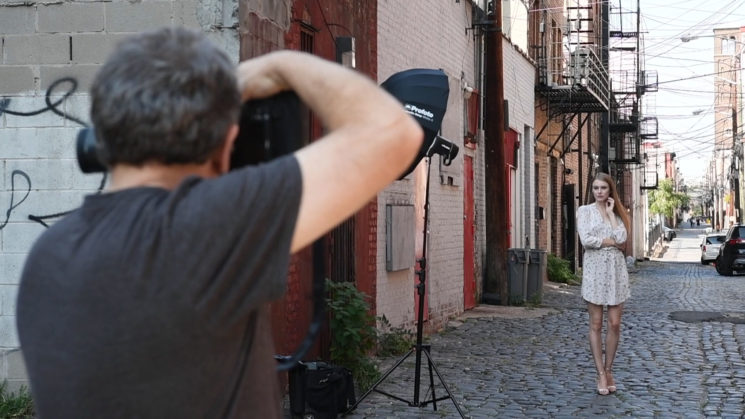 The Profoto A1 speedlight we told you about a few days ago is now official. And yes, it’s just as expensive as we expected. At $995 buyers will have a pretty high level of expectation from this little flash. But it looks like it will stand up to the job just fine, and fits nicely into the existing Profoto ecosystem.

It looks to be about what you’d expect from a speedlight made by Profoto. But, what’s particularly interesting about it, is the shape of the head. But not only the shape, it appears to essentially have its own built in MagMod style accessory system. This review from photographer Neil van Niekerk walks us through the unit, its specs, features and capabilities.

Right now, the Profoto A1 is available to preorder for both Nikon and Canon, and each is priced at $995. It works as both an on or off-camera flash, as well as a transmitter for other Profoto lights. So, you can use it instead of the Air Remote.

Even if you already have an Air Remote trigger, once you factor in the $419 cost to acquire a backup trigger, the A1 speedlight’s $995 price tag doesn’t look so bad. Minus the cost of a backup Air Remote, you’re essentially paying $576 for the non-trigger flash components. Price-wise, this brings it more in line with something like a Nikon SB-5000. So, it makes sense for existing Profoto users get at one of these if you’re looking to pick up a speedlight and need a backup remote.

On the Specs, it’s about as we expected.

It does seem to offer a whole lot for the Profoto user looking to expand their range to include an on-camera flash. Many may not see the point of putting a speedlight on the hotshoe these days. But, for things like events and weddings they can be a life saver. You can bounce it off walls, the ceiling, or use one of the magnetic bounce attachments.

The A1 unit comes with a diffusion dome, wide angle adapter, and a flippable bounce card & flag included. All of these attach to the end of the flash head using magnets. And it looks like some of these items are stackable, too. There’s also a set of gels, available separately. 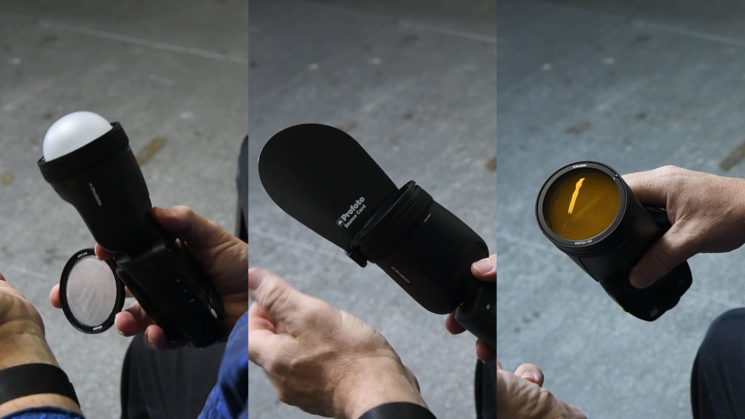 The bounce card & flag combination attachment is a nice idea. It sure beats the little flippy out one that’s contained within the head of most traditional speedlights. And it also beats having to gaffer tape cinefoil or something to your flash head to flag it off. The Gel Kit (again, sold separately) includes one holder, one hard case, a full, 1/2 and 1/4 CTO as well as 1/2+ Green for shooting under fluorescent lighting. 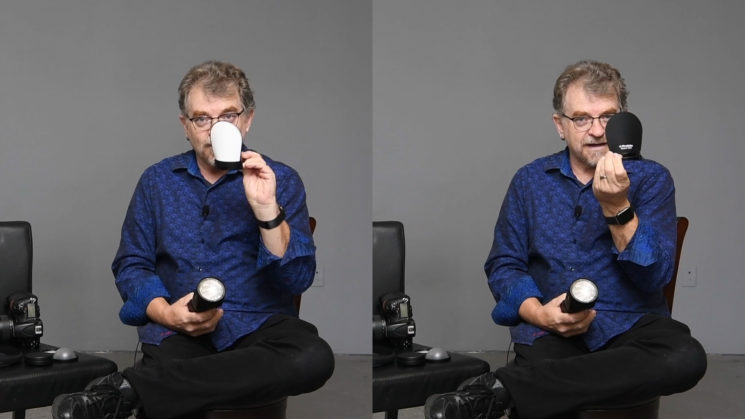 As well as this, there’s a sort of diffusion canopy type thing. Profoto call it the “Soft Bounce“. Essentially, it’s a shaped reflector that sits on top of the flash head, to bounce light forward when your flash is pointed straight up. It creates a larger light source than the bare head, so it should make the light a little more pleasing. It also gets the light source much further away from the lens to prevent potential red eye. 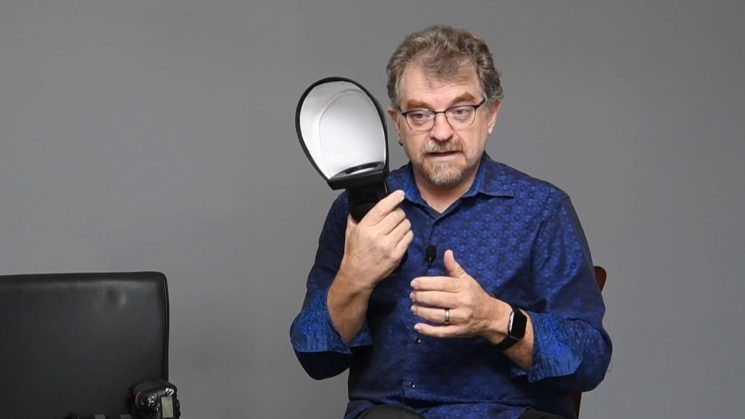 After the rundown of the features, Neil takes the A1 for a spin in the studio and on location. He shows off various different ways to use the on-camera flash to make it not look like on-camera flash. We also see how it works in place of an Air Remote with larger Profoto strobes.

Overall, it seems to handle extremely well. And if you need to buy anAir Remote anyway, then the $995 investment on the A1 doesn’t seem so high.

The Profoto A1 and accessories are available to pre-order now. No word on shipping dates yet. Also no word on when Sony, Olympus or Fuji versions may appear.

For me, it’s still more than I’d want to spend on a speedlight. I’d rather just pick up a couple more Godox AD360II for that kind of money. They just suit my shooting requirements better than speedlights. But, if you’re already heavily invested into the Profoto ecosystem and need a speedlight, then the A1 may be just the thing you’re looking for.

Photos show Profoto is expanding their range with first ever speedlight

« Continuous LEDs vs strobes: which is the best solution for studio photography?
The Aputure MX is the brightest mini on camera light in the market »